The Energy Technologies Institute (ETI) has highlighted two different energy scenarios that demonstrate how the UK could decarbonise heat to meet its 2050 climate change targets. 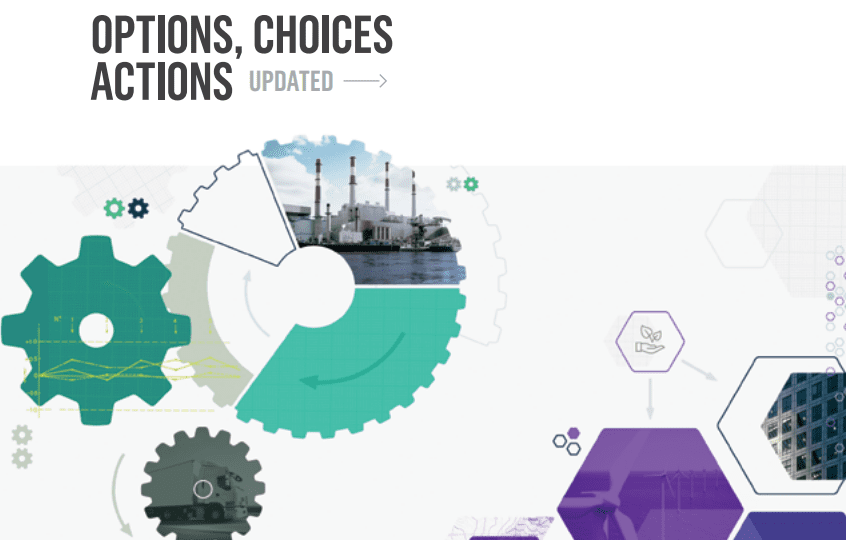 The ETI has released an update of its ‘Options, Choices, Actions’ report, originally published in 2015, illustrating two cost-optimised decarbonisation pathways for the UK energy system to meet its 2050 climate targets.

Working with the Energy Systems Catapult (ESC) who authored the report, the ETI has updated its two plausible scenarios, Clockwork and Patchwork. These scenarios were developed using the ETI’s internationally peer-reviewed Energy System Modelling Environment (ESME) – a national whole energy system planning capability, now managed and maintained by the ESC.

The Clockwork scenario uses socio-economic assumptions based largely on central government projections with the key exception that population is based on the Office for National Statistics “low migration” projection. Patchwork represents a qualitatively different economy, with a higher population projection and GDP growth.

In the Clockwork scenario, well-coordinated, long-term investments allow new energy infrastructure to be installed like clockwork. The power sector retires all coal plants in the early 2020s and reliance on unabated gas is reduced through the 2030s, ensuring emissions reduction can be achieved through the electrification of heat and transport.

The first carbon capture and storage (CCS) projects come online by 2025 followed by commercial deployment, focusing on large-scale hydrogen production. Some regions of the gas distribution network undergo full conversion to carry hydrogen to buildings for heating and cooking and negative emissions from bioenergy with CCS allow the 2050 target to be met as part of a cost-effective pathway, even though unabated fossil fuel use persists in hard to treat sectors.

In the Patchwork scenario, central government provides less strategic coordination and a patchwork of distinct energy strategies develop at a regional/sectoral level. A new nuclear programme fails to materialise beyond an initial two facilities. Deployment of CCS infrastructure is held back, with the first demonstration projects delayed until 2030, and the lack of a coherent national plan also results in slower growth of the domestic bioenergy sector.

The constrained bioenergy and CCS programmes therefore limit the potential for negative emissions, meaning more comprehensive reduction of gross emissions is required across the energy system to meet the legally binding targets.

The report shows that the capital cost of Clockwork (£2.26tn) and Patchwork (£2.39tn) is very similar reaching around 1% of GDP by 2050, with transport accounting for the bulk of this investment cost.

ETI’s chief engineer Andrew Haslett said: “Since first publishing our ‘Options, Choices, Actions’ report in 2015 we have seen market developments including the historic signing of the Paris Climate Agreement and a renewed focus for clean growth from the government. Now updated for 2018, this report examines the possible effects of these changes on the originally identified pathways.

“It is important to stress that Clockwork and Patchwork are not forecasts, but rather two plausible scenarios. Through our modelling analysis over the last decade we believe that by following a balanced, multi-vector approach the UK will be able to achieve its long-term emissions targets while keeping costs to around 1% of GDP in 2050. These scenarios also show that if key technologies are taken off the table, these costs will inevitably rise, potentially jeopardising UK industrial competitiveness and limiting lifestyle choices.”