The Energy Systems Catapult was created to help remove the obstacles preventing innovators from bringing new products, services and business models to market. The body - in conjunction with Network - held an industry briefing at its office in Birmingham to examine some of these hurdles, how they can be dismantled and the potential opportunities on offer. 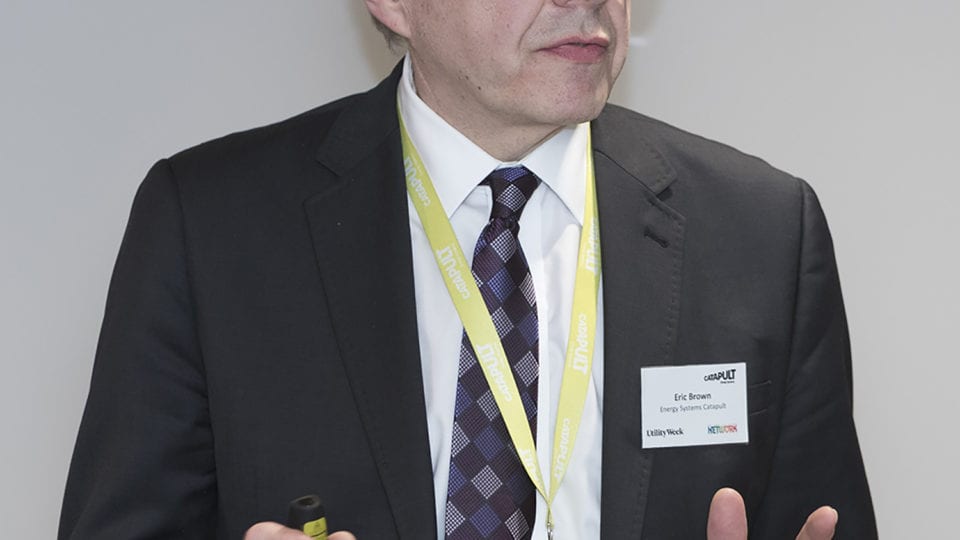 One of the main subjects for debate was the governance and regulation of the energy system. Energy Systems Catapult head of innovation Eric Brown (pictured) kicked off the discussion by laying out the scale of the challenge: “Broadly speaking, we’ve inherited the current world from the 1980s when the current frameworks were put in place. And those frameworks were based on the nature of the system and business models as they existed at the time.”

He said the changes which have taken place in the intervening years have largely been incremental, but the energy system is now undergoing a complete transformation, suggesting the need to rethink governance and regulation to esnure we are following the best approach for the times.

A number of attendees raised concerns that regulation was lagging behind, and potentially stifling, innovation.

ABB technology strategy manager Peter Jones said innovators need space to experiment at the “periphery” of the regulatory framework, saying it should “never, ever be in a position where it stops true free-market innovation”.

“We should never be in a position where due to the slowness of the regulations we stifle the innovation because the ultimate aim of innovation is to reduce the cost of energy, which is the primary function of the regulator,” he added.

Open Utility innovation manager Rachel Stanley stressed the importance of early-stage testing, citing their experiences developing a platform for peer-to-peer trading. She said peoples’ preferences were often revealed to be quite different from those they expressed themselves.

She continued: “Given that we are trying to do something so transformational, we think this is really crucial. The big question is, how do we adapt that to regulation?”

He trumpeted the virtues of Ofgem’s regulatory sandbox, which offers innovators temporary exemptions from some regulations “so new ideas can get some traction”.

At the same time, ABB’s Jones, warned against going too far the other way and failing to protect consumers against the less desirable effects of innovation, for example, the potential increase in inequality as more prosperous and engaged customers are rewarded for helping to balance the energy system.

“Be careful of what we all wish for here because you could actually unleash something that is potentially not controllable,” he cautioned. “We don’t want to be in the situation where we stop that freedom because we can’t necessarily control it.”

He said anticipating and preparing for changes ahead of their arrival would help to alleviate these concerns: “If needs be, we should be modelling. We’ve got so much computing power. We should be able to paint those scenarios and then do the what ifs, just as we do on the networks to keep the lights on.”

Claire Jones, senior policy advisor at the Department for Business, Energy and Industrial Strategy (BEIS), had similar fears over data-privacy, worrying there could be a backlash from consumers if regulation failed to keep pace with innovation: “I wonder is there a danger that consumers could be put off sharing information before the true potential of data in the energy sector is realised.

“I think in energy we have to bring consumers with us. If we don’t, none of this transformation is going to happen. How do we ensure that the appropriate safeguards are in place to make sure their data is secure, particularly if it contains personal information?”

There was agreement that regulation and governance must be agile in order to achieve this careful balancing act.

Delegates also suggested that there should be more cooperation between the different utility regulators, Ofgem, Ofwat and Ofcom. This would, for example, help network operators to rollout the latest communications technologies needed to digitalise the power grid.

He said this did not mean a central planner or architect: “It’s more someone putting in place the right incentives to make sure all relevant energy sectors work together in a co-ordinated manner.”

Another key talking point was digitalisation and data. FPSA smart cities advisor Linda Chandler described how data was being seen by many as the “new oil”, pointing out that many of the world’s biggest companies, Uber and Airbnb for example, are now data-rich but light on physical assets.

“We’ve always thought of data as a cost and actually now we’re starting to think about the profit-making qualities of data,” she told delegates.

Chandler said the use of data was shifting from understanding what happened in the past to monitoring the present and predicting the future. She said it was becoming less siloed and more organised and enabling businesses to move from a linear trading model to one based around platforms.

Brazier said smart meter data held the greatest benefits for network companies but they could currently only get hold of aggregated capacity data, meaning “we can only do things at a higher level, and are not realising the full value of smart meters”.

He said there was an unresolved question as to what data networks should themselves divulge and in what level of detail: “All networks do give some sort of heat map and granularity as to where capacity is on the networks, but under ENA’s Open Networks Project we are working to make this more consistent across the networks.”

Also up for debate was the changing relationship with customers as new business models emerge around electric vehicles and connected home services. Energy Systems Catapult head of architecture and transformation John Batterbee said, contrary to conventional wisdom, customers are willing to engage with energy as long as it is on their own terms.

“They will not engage in industry speak,” he explained. They do not get kilowatts and kilowatt hours. But if you use data and you start talking to them in customer speak then not only do they engage with it, but they become highly demanding.”

Attention quickly turned to the looming challenge of absorbing electric vehicles on the energy system as they are adopted quickly, and in particular how vehicle-to-grid charging could help to resolve the issue.

For this to take off, Peter Bingham from Ofgem said supply arrangements would need to change: “If I bought an electric vehicle, I’d like to sign an electricity contract with somebody and wherever I drive it around and plug it in, I’d like to be using the same contractual arrangements.”

He continued: “Under the current market arrangements, I can only buy from my supplier at home, and if I plug it in on the street I’m buying from whoever owns the meter in the street and probably paying a premium to them.

“How can we create a model where consumers have a lot more choice, and new innovators can connect with customers and sell their wares?,” he asked.

However, James Crouch, engineering manager for future networks at Burns and McDonnell, said V2G charging could itself pose a problem for networks if too many consumers responded to price incentives: “The infrastructure isn’t there. It was never designed for these levels of export.

“We can have all the technology we like to develop great deals for the consumer in terms of just pure energy, but there’s still got to be this infrastructure there that facilitates it.”