Eighty-five billion. That is the number of data points collected by GridKey, the award-winning substation monitoring system developed by Lucy Electric and Sentec. To put that in perspective, that's the equivalent of approximately 1,300 spreadsheets of information. If data is one of the keys to the smart grid, how can we avoid drowning in it? Ben Hargreaves finds out. 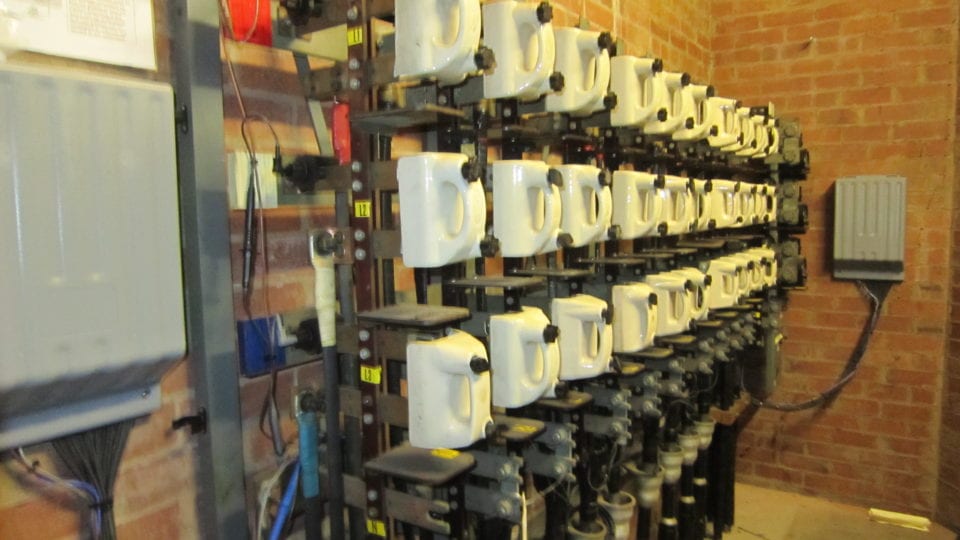 Paul Beck, director of smart grid solutions at Lucy Electric, encourages customers to look at not how much data they can collect, but what that data can be used for, and the actions that will result from it. “What is important to DNOs, and in the transition to DSO, is not data, but information,” he says. “You can end up with an awful lot of data – in fact, far more than can be processed. It is extracting the information for analysis that is important.”

But everyone agrees that data will be critical to network performance as the smart grid evolves. The Energy Networks Association’s (ENA) Open Networks scheme and Joint Innovation Strategy (to be published at the end of March) place an emphasis on improving data flows between transmission and distribution networks – both top-down and bottom-up – and on how new online forums such as peer-to-peer trading and community energy marketplaces, as well as new technologies such as Blockchain, will become the means by which networks can exploit data more effectively. As ever, the ultimate aim is managing networks’ physical assets more effectively.

“Day-to-day, data should one day allow us to operate the network very efficiently,” explains Randolph Brazier, head of innovation at the ENA. “Essentially, we should be able to utilise our assets as much as possible, rather than leaving them idle. That increases efficiency. If we can maximise the efficiency of the network and plan for the future, it means we don’t have to ‘gold-plate’ the network.

“We won’t have to over-reinforce, which would prove to be very costly.”

Understanding what is going on within the network at a given time is being made more complicated by the development of the smart grid, such as the rapid ramp-up in the adoption of electric vehicles and the electrification of heat. Data flows and visibility at the transmission level are superior to the distribution level, Brazier says, although there is room for improvement with both. “At the distribution level, when we look at distribution behind the meter such as micro-generation and the adoption of more electric vehicles, distribution companies have quite poor visibility.” For example, heat pumps have a different load profile and impact on the network. “If the networks can get visibility of these new decentralised technologies, they will be able to run more efficiently. That will prevent the need for costly reinforcement going forward. And all of that is being driven by the decarbonisation of heat and transport.”

Lucy Electric’s GridKey is a medium and low voltage substation monitoring system that can be fitted to the feeders of a substation without interrupting supply to customers. It provides continuous remote monitoring of the substations, as well as timely warnings, status and loading information. The system reduces network maintenance costs and significantly increases knowledge on the status of network medium and low voltage grids. Data from Gridkey can help address faults on networks before they occur, and monitor losses, thefts and power quality. Beck says: “Being able to identify which are your most at-risk circuits is very valuable to the network operator.”

Network operators and DNO/DSOs are now pondering how to store and analyse all this data more effectively. There are considerable challenges involved in this, Beck says. “Data analytics is a very specialised area.” Lucy Electric has been developing and refining the GridKey system for more than three years. Beck explains that when Lucy Electric was initially developing GridKey, it struggled to find a technology on the marketplace that would be able to deal with the amount of data generated by the energy industry. For example, Beck points out that in terms of potential data to be collected and analysed, there are more than 500,000 substations in the UK alone.

Eventually, Lucy Electric developed a non-relational database based on NoSQL technology – the same technology that Google, Facebook and Amazon employ. NoSQL databases are increasingly used in big data and real-time applications on the Internet. “We were quite happy to borrow a technology that had been used so effectively by Internet giants,” says Beck.

Smart meters are key sources of data. Although the smart meter programme has had its problems in the UK, these devices can only assist networks as they look to manage their assets in the most efficient manner possible going forward. As consumers use smart meters, networks have the potential to receive and analyse data on energy usage on the basis of individual homes. In fact, the ENA says networks already have access to sets of anonymised smart meter data that have been collected higher up the system for complete areas, such as towns. Brazier says: “Because smart meter data is measured every half an hour, if we get that data for a month, we can clearly see what is happening on that part of the network. When it comes to planning, we know what needs to happen on the network to reinforce. That might be because everyone in a street is purchasing an electric vehicle, or if a lot of people are adopting heat pumps. The data can help us make informed planning decisions.”

The more specific and useful the data, the better. Formerly a network might only have been able to see the maximum load in an area over a month-long period, and would have had to reinforce the network accordingly. Now, it will be possible to see the load profile on a day-by-day basis. If the load is higher on some days than others, it will be possible to buy in a service from the market to cover that period. Brazier says: “An energy storage provider or flexibility service provider can say, ‘we’ll build a system here, we will chop that peak off for two days a month for you’. That would be cheaper than essentially building another section of network.

“We want to allow third parties and the market to provide services so that we don’t need to reinforce.”

All of these developments require infrastructure in terms of not just smart meters, but monitoring devices all over the network, from substations upwards, and the development of telecoms infrastructure via fibre-optic cables to send streams of data swiftly backwards and forwards. Mobile and wireless networks are also being employed to transmit data. And then repositories and databases must be developed by networks and service providers in the supply chain to store information. It should also be desirable for networks to share relevant data between different functions within the business, says Beck. “Those working in the planning department or operations may be trying to solve a particular problem – but the data they are extracting could also be useful for the faults team.” More widely, there may be external stakeholders such as academia that could make use of the information too, Beck says.

The increasing collection, storage and analysis of data inevitably brings security challenges. Brazier acknowledges that there may be commercial sensitivities in sharing data between networks. “Traditionally the networks have been in competition. Today, it is about talking with each other, and asking what access to data is needed: how often do you need the data? Do you need it in real time?” There is also the issue of cyber security. “Cyber threats will continue and we must keep the data safe,” says Beck.

Research into new ways of manipulating information and using it to manage networks will continue. Lucy Electric is developing algorithms to detect when an electric vehicle has been plugged in. For the next generation of engineers, the company is also interested in the possibilities of enhanced graphical user interfaces and app-style means of accessing network data.

In fact, the energy industry has much to learn from the tech industry, Brazier says. “The networks are starting to hire data scientists – which they never would have done traditionally. Ultimately, the real expertise and innovation is in tech and software companies. The day when consumers start buying their energy from Google is probably not very far away,” he suggests.