The launch last year of the Government-backed Smart Systems and Flexibility Plan was a milestone on the road to a smarter energy system in the UK. The plan outlined the way in which continued decarbonisation of the economy and greater adoption of renewable energy could be supported by energy storage and demand side response (DSR) services. Ben Hargreaves reports. 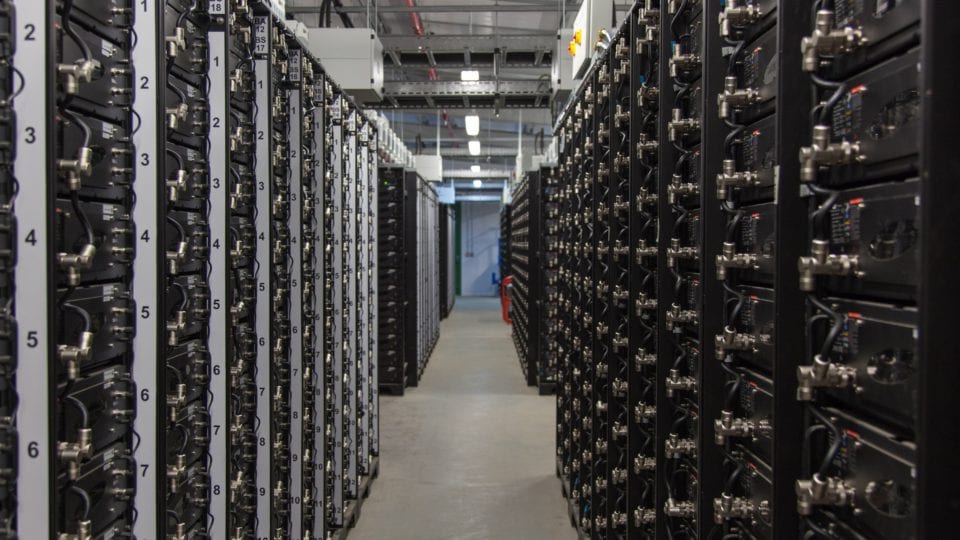 Last month, environmentalists welcomed an update to the Smart Systems and Flexibility Plan issued by Ofgem that confirmed that 15 of the 29 actions recommended in the original plan had already taken place. Measures include avoiding overpayments for energy storage and developing new licence conditions to ensure DNOs and DSOs cannot operate storage without Ofgem’s consent – a move intended to ensure competitiveness in the market.

“[It’s] good progress for those companies looking to develop low-carbon projects, aggregate demand, store electricity and develop smart EV charging facilities,” James Court, policy and external affairs director at the Renewable Energy Association (REA), said in October. But what types of storage project are being developed, or could be developed, in the UK?

Some are stalwarts of the industry, such as pumped hydro, in which water is pumped up a hill at times of electricity surplus and released downhill through a turbine when demand is high. Pumped hydro is the most common global energy storage technology, with about 168GW of capacity installed. It’s a well-understood, utility-scale technology, with four operational pumped hydro plants in the UK delivering 2,828MW capacity (24GWh of energy storage), according to the British Hydropower Association. Although pumped hydro is a traditional technology – there have not been any new developments in the industry in Britain since 1984 – it has the potential to deliver 1.75GW of additional capacity, says a report by Scottish Renewables.

But potential pumped hydro projects are thin on the ground in Britain. One option may be to enhance existing systems. For example, Scottish Power has completed a two-year feasibility study to determine whether it is possible to expand the 440MW Cruachan pumped-storage hydro plant near Oban, Scotland to 600MW in 2016. There are also plans for new schemes. Snowdonia Pumped Hydro’s proposed new 100MW plant at Glyn Rhonwy, north Wales, is in the detailed engineering design phase. It was awarded a Development Consent Order by BEIS last year as a “nationally significant” infrastructure project. With such schemes, the high capital cost of development and environmental impact of projects are potential barriers.

Compressed air technologies also have the potential to be used at a very large, regional scale for energy storage. Compressed air energy storage (CAES) plants convert electrical energy into high-pressure compressed air that can be released at a later time to drive a turbine, producing electricity. The first two CAES plants were established in Huntorf, Germany in 1978 (321MW) and McIntosh, Alabama, US, (110MW) in 1991. Both plants provide grid balancing services and store their air in subterranean salt caverns. As with pumped hydro, there haven’t been new utility-scale CAES facilities built for some time. According to Storelectric, there is the potential for the development of 5GW of compressed air energy storage in the UK.

Another energy storage technology with big potential is liquid air. What is said to be the largest liquid air energy storage project in the UK, run by Highview Power, became operational in Bury, near Manchester, this year. Liquid air energy storage use electricity to cool air until it liquefies, stores the liquid air in a tank, brings the liquid air back to a gaseous state by exposure to ambient air or with waste heat from an industrial process, and uses that gas to turn a turbine and generate electricity. Highview Power’s founders claim their technology has the potential to be scaled up by hundreds of megawatts in the UK.

The role of batteries

But it is batteries that are playing the most crucial role in the development of the energy storage industry in Britain. British Solar Renewables completed the construction of one of the UK’s largest battery storage facilities just under a year ago in a 50MW project located near Bishop’s Stortford. Meanwhile UK Power Networks completed a trial of what is billed as “the largest grid scale battery in Britain” at Leighton Buzzard in Bedfordshire in 2016. The 6MW/10MWh battery, the size of three tennis courts, can store enough electricity to power 6,000 homes for an hour-and-a-half.

Battery technology is developing rapidly. Lithium-ion batteries have benefited from being co-developed alongside the electric vehicle supply chain and have an important role in shorter-term and rapid-response storage, says the REA. Other batteries being deployed include flow batteries for medium-scale storage, copper-zinc batteries and lithium titanate chemistry batteries.

There are also new applications emerging in which batteries are combined with DSR services. For example, Kiwi Power, one of the leading DSR service providers in the UK, announced in the summer that Plessey, a Plymouth-based manufacturer of optoelectronic technologies and solid-state lighting products, had begun operating a 2MW behind-the-meter battery storage facility at its headquarters. The project is the third Kiwi Power project to employ battery storage, with a 2MW Tesla battery used at Plessey. The battery power will earn revenue by fulfilling a frequency response balancing contract with National Grid and help to reduce energy costs for Plessey by providing optimal peak-shaving of power supply in response to fluctuations in demand.

Stephan Marty, general manager for energy storage and international demand at the company, explains Kiwi Power was involved in monetising the giant battery system developed by UK Power Networks at Leighton Buzzard. “A battery is just another asset that we can put into markets we are already very familiar with,” he says. “It makes perfect sense for us to go into the battery market.”

Batteries managed by Kiwi Power run on the same software platform as its DSR services. The hardware is also the same. “There is more complexity in a battery, but in terms of how we control it, and how we make money in the markets, there is a close adjacency,” Marty says. Energy storage allows a DSR company to be more flexible and react very quickly in reaction to demand. “You can go from full power in to full power out in less than a second with a battery. That allows you to play in some markets that are hard to play in with typical demand response,” he explains. For example, a battery installation might allow companies to provide fast frequency response on the grid instead of Short-Term Operating Reserve (STOR) requirements.

There is a lot of interest in the industry in combining DSR services with battery storage, Marty says, although the business case must take in to account the capital investment in the battery itself, he points out. There will always be a case for both battery energy storage and traditional demand side response services, he believes. “To balance, National Grid needs some very fast-acting technologies, but it also needs some back-up in terms of STOR and fast reserve – they need to be able to make sure that if something goes wrong they have enough back-up capacity available.”

Frank Gordon, head of policy at the REA, says batteries are “definitely the market leader” in terms of storage technologies in the UK. Other technologies such as compressed and liquid air are just as valid, he says, although they may take longer to get off the ground on a commercial basis, he says. According to the REA, the battery storage sector has the potential to grow from 60MW in 2016 to up to 12GW by the end of 2021. Impressive growth, but these numbers will only be achieved “if the UK regulatory framework is speedily upgraded”, the association said in a report launched just under a year ago.

The Smart Systems and Flexibility Plan has provided the right roadmap for the development of energy storage. Gordon says: “We think the Government’s on track. Our message is now that the remaining items in the plan need to be achieved quickly.”

This includes the development of best practice standards on how to carry out energy storage projects, he concludes.