Professor Dieter Helm has given his reaction to the power cuts that caused widespread disruption across the UK's energy and transport networks. 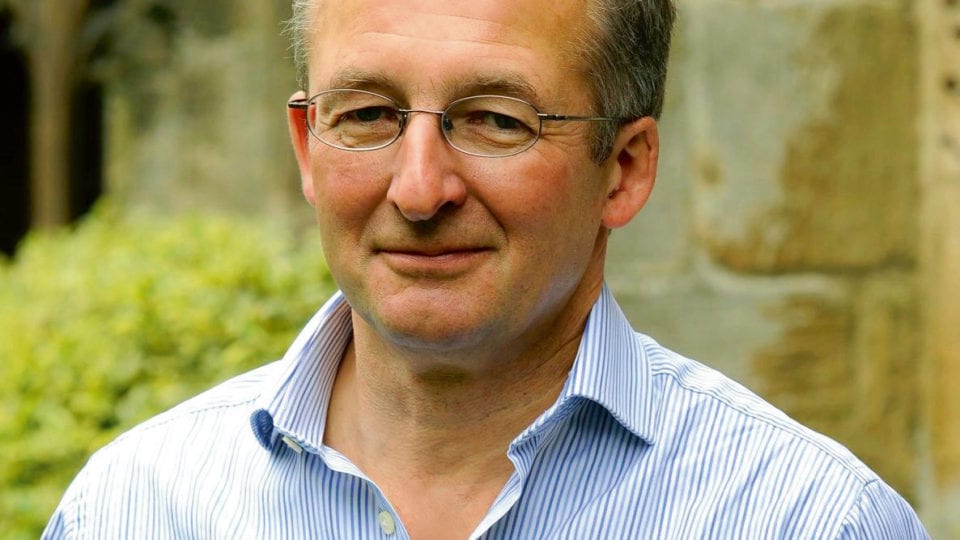 The outage, which was caused when two major generators disconnected from the transmission system, affected around one million customers.

In a paper published on his website entitled ‘Power cuts and how to avoid them‘, Professor Helm said: “Whatever the approximate causes of the particular power cuts in mid-August this year, the very idea that the electricity system could be brought to its knees just because a couple of power stations dropped off at short notice should send alarm bells ringing in BEIS and the Treasury.

“National Grid is correct in pointing out this was a rare event. The power cut lasted for less than an hour. There were failures by the multiple parties that are jointly providing and distributing the power. National Grid got the system back up and running very quickly and appears to have been extremely professional in its responses. Whilst all this of course matters and will be the subject to the various inquests into the details of this unfortunate episode, the key point is that the power cut should never have happened in the first place. If power cuts can happen when just two power generators drop off, then something fundamental has gone wrong.”

Back in 2017 Professor Helm CBE called for a major overhaul of the UK’s energy sector. In his independent report entitled ‘Cost of Energy Review’ he outlined a range of proposed reforms to the electricity supply market.

He says that three lessons must be learnt from the recent power cut.

He continued: “First, what happened in that hour reveals a central truth about our economy, and that is that security of supply is much more valuable now than even a couple of years ago. The economy is digitalising, and almost everything digital is electric. All our main infrastructures now depend upon a reliable supply of electricity. They all depend upon the communications networks, and they need electricity. When the trains ground to a halt, the transport dependency was stark. When the lights went out, so did all the digital devices in houses and commercial buildings. Even the traffic lights failed. We need a higher level of security of supply than ever before, and as we complete the transition to a digital economy (and net zero) we will need ever more security. What was good enough a couple of years ago is not now. What we need in the next decade is a lot more security.

“Second, the power cut revealed just how fragile the system is becoming as it relies on more and more intermittent renewables generation. This may not have caused the power cuts, even if a wind farm drops off, the intermittency of the capacity on the system makes it harder to secure supplies. It is just a fact that a power system with lots of intermittent renewables is harder to manage, and need a lot more extra capacity to absorb and manage both anticipated and unanticipated events. Most renewables power is not firm power. More renewables mandated, by the net zero legal requirement, mean more equivalent firm power.

“Third, the power cuts also revealed the exposure of the networks themselves and their resilience. It took out not just one part of the networks but several. This matters, as Ofgem is currently determining how much investment, and therefore resilience, the networks will be allowed to build in after the periodic reviews. More resilience means more investment and capital maintenance cost, something Ofgem will have to consider (along with how far the network companies have been doing sufficiently in the past).”

Professor Helm believes that more emphasis must now be put on making sure the system is more resilient in future.

He continued: “There is now a BEIS-driven review, as well as one by Ofgem. The former really matters, whilst the latter is inevitably about whether National Grid and the other parties fulfilled their licence function. For the BEIS review, it should do a quick analysis of the costs of extra firm and flexible capacity, and compare these costs to those the economy experienced from this short sharp shock. It would be surprising if this sort of calculation produced any other result than that extra spare capacity is a bargain. The costs of too much capacity are trivial compared with too little – and will become more so as the economy digitalises.

“Once the review has established the obvious conclusion about the need for a bigger capacity margin and the flexibility to go with it, the really important questions can be addressed. These were all set out in the Cost of Energy Review (Helm, 2017). Amongst the recommendations, two stand out: separating out the system operator functions and placing these in the public and not private domains; and integrating and normalising the renewables into a single market framework, focused in an Equivalent Firm Power auction market.

“The National System Operator (NSO) deals with the public system interest, not those of shareholders. Security of supply is a public good. There is an inherent conflict of interest between the transmission owner and operator and the NSO. This is readily acknowledged in the byzantine contortions that form the ring fence internally separating out the SO in National Grid. None of these would be necessary of the conflict did not exist. It is time to stop pretending and to create clear blue water between the two.”

“The Cost of Energy Review recommended that the SO functions be split off into an NSO in the public and not the private domain. It also recommended that Regional System Operators (RSOs) be set up to coordinate the regional decentralised electricity systems that are emerging. It urged the government to be pro-active in doing this and not to repeat the mistake it made in leaving the SO with National Grid, by letting the distribution companies (DNOs) set up their own distribution system operators.

“It is perhaps even more important to separate out the RSOs, because of the competition between active demand management, local renewables in the distribution networks, batteries and storage, as against network investments and expansion. The conflict of interest in the DNOs is even deeper than that in National Grid.

“If the government fails to spilt out the NSO and the RSOs, then it should not be surprised by the consequences that flow. The recent power cut may turn out to be but one of a very painful cascade of difficulties in the years ahead, as the system moves from existing baseload nuclear, coal and gas to one which relies overwhelmingly on smaller scale intermittent renewables and perhaps new nuclear, all zero marginal cost.

“In the process, the new and emerging technologies will be hamstrung by the interests of the DNOs, and hence the crucial technical changes will happen more slowly if at all. Net zero adds an urgency. Failing to implement these recommendations does and will have consequences. Ministers can duck the decisions, but they cannot duck the consequences. There has now been a nasty wake up call. There will probably be more to come.”

In his concluding remarks Professor Helm called on the government to get on with publishing its energy white paper.

“BEIS and the Treasury have sat on the Cost of Energy Review for almost two years, while working towards a white paper. Partly because of Brexit, but also because of the lobbying by vested interests who make money out of the existing inefficient energy policies, this white paper has yet to see the light of day. With the government the effective customer for almost all new generation, and Ofgem effectively determining investment in the networks, it is not surprising that electricity has become like agriculture – a market for capturing economic rents from the government contracts.

“The two years of inaction have had a price. It is to allow the electricity systems to come closer and closer to the edge of the capacity and flexibility margins, and to have much more cost than they need to. This is a price that customers are paying as the legacy costs pile up on their bills. It is now aggravated by the lack of security and resilience in the system that the power cut revealed.

“The optimistic take on recent events is that the power costs will be a wakeup call to BEIS and the government to get on with the white paper and the legislation that will be required to implement the evolutionary changes now urgently required if the economy is to continue to be able to rely on secure supplies and the innovations that are coming are to be grasped. The recommendations in the Cost of Energy Review are all on ministers’ desks. They just have to get on with it or face the inevitable consequences of indecision and delay. That is the choice, and it matters not just for the security of supply but also to credibly march along the path to net zero to which the government is now legally committed to.”