Mixed blessings: What does the rise of the EV mean for electricity networks?

The future of transport will definitely include electric vehicles, but is the rise of the EV a blessing or a curse for electricity networks? 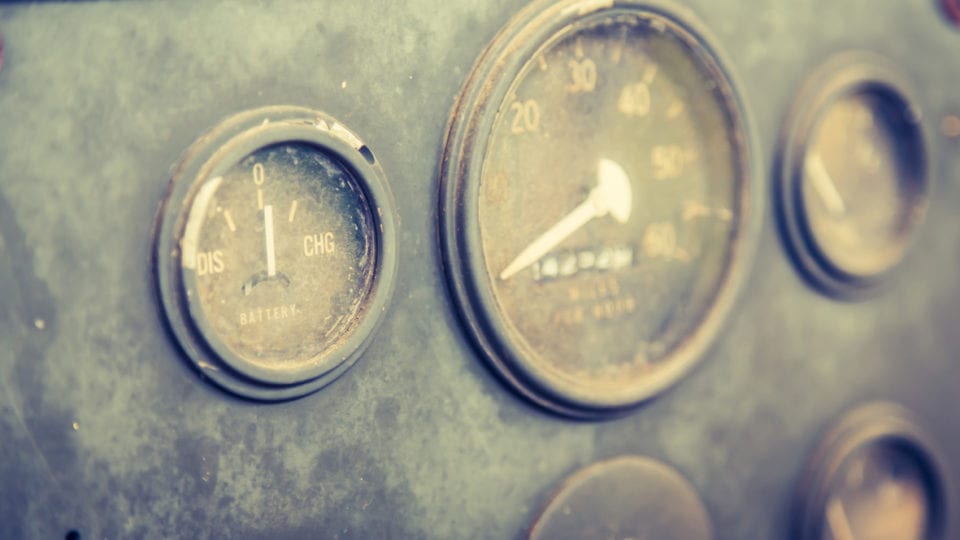 Electric vehicles (EVs) are not a niche technological fad. They may only currently represent less than 1% combined market share across the world’s largest markets for new passenger cars, but this is set to change, and quickly.

EVs have a central role to play in meeting the ambitious emissions reduction targets needed in the transport sector to avoid global warming. Transport accounts for around 25% of the UK’s CO2 and other greenhouse gas emissions. In comparison with vehicles running on diesel or petrol, EVs are responsible for significantly less CO2 and also cut the amount of harmful nitrous oxide emitted.

As electricity increasingly becomes the fuel of choice, electricity network operators have never needed to monitor developments in another sector more closely. For their operations, EVs are a double-edged sword. EV charging will be an additional pressure on already stressed local distribution grids, with human behaviour likely to lead to “clusters” in particular areas as the technology is adopted. But managed correctly, closer integration of the energy and transport sectors could provide solutions for problems that already exist in the energy sector, such as the intermittency of renewables, and a need for electricity storage.

The World Energy Council predicts that the combined market share of EVs will increase to 16% by 2020, and the Netherlands and Norway are already intending to implement an all-EV policy for cars by as early as 2025.

Britain has its own ultra-low emission adoption targets, and although these are considerably less ambitious, preparation time for DNOs ahead of mass adoption is running short.

DNOs are already undertaking projects to equip themselves via schemes like Scottish and Southern Energy Power Distribution’s My Electric Avenue project. The Network Innovation Competition-funded project trialled EV charging management technology, which if adopted by DNOs could save £2.2 billion in network reinforcement costs by 2050.

Western Power Distribution has also launched an EV project that it claims will be the largest in the world. The project will develop a modelling tool for monitoring the effect of EVs on low-voltage networks, and investigate the economic and technical feasibility of EV and vehicle-to-grid demand control.

Cooperation between the transport and energy sectors is also revving up. A cross-sector group has been set up in the wake of My Electric Avenue to facilitate collaborative working, and Nissan is to work with Italian distribution system operator Enel on vehicle-to-grid charging in the UK this year.

Sales of pure plug-in electric cars rose by more than 20,000% between 2010 and 2015, from 138 to 28,188 in the UK. This exponential growth is likely to continue. Since the beginning of this year, Britain has marked itself out as a leader in EV adoption. A total of 10,496 electric cars were sold in Britain between January and March, equating to one every 13 minutes. This puts Britain second in Europe to the Netherlands – one of the countries already intending to implement EV policy and undergoing trials to manage electricity demand using EVs – for the sale of EVs. More significantly, over the same time period 17,000 EVs were sold in the United States –a country with a population five times greater than Britain’s.

Growth will likely be bolstered over the next period by the raft of new models due to be released over the next year, and the extension of the Government Plug-in Car Grant at the end of last year.

The UK government has called its vision for the transport sector “clear and hugely ambitious” in an ultra-low emission vehicle (ULEV) strategy paper produced by the Office for Low-Emission Vehicles. It has plans for a UK car fleet with, in effect, zero emissions by 2050. It also has the target of ensuring all new cars sold by 2040 are ULEV vehicles. The government-backed initiative, Go Ultra Low, predicts that by 2027 more than half of all new cars will be electric.

What is the Government Plug-in Car Grant?

Launched in 2011, the grant offers up to £5,000 to encourage people to purchase greener cars. ULEV cars are fairly expensive, coming in at around £20,000 for even a small model. In the first quarter of 2011, 109 claims were made, rising to 8,453 in the same period in 2015. In March 2016, three categories were introduced to recognise varying levels of efficiency to encourage uptake of the greenest models. ULEVs include electric, plug-in hybrid and hydrogen-powered cars.

In Scotland, drivers can benefit from a funding boost from the Scottish government. Around £7.8 million has been made available through interest-free loans via the Low Carbon Transport Loan Fund. Consumers can apply for £35,000, while businesses can access up to £100,000, repayable over a period of up to six years.

Even without a grant, an EV is an attractive option because the cost of driving on electric charge is a small fraction of that using petrol or diesel as a fuel. EV owners have two options for charging: a slow charge at home or using the charging networks springing up across the country.

Both options present potential difficulties for DNOs. Public networks offer fast charging, which places a massive drain on the local network, while at home the My Electric Avenue project found that the human inclination for conspicuous consumption leads to “clusters” of EVs in particular areas, which also places the local network under great strain.

Public charging networks are in development across the UK and, to date, have been free to use to encourage uptake of the technology. Tesla has been at the forefront of bringing in the EV revolution, but its main selling point, the Supercharger, places a huge demand on the local network.

A Supercharger is capable of charging a Tesla EV to 120kW in just 30 minutes, compared with the fast charging points (7-22kW) and rapid charging units (43-50kW) offered by other networks. However, because Tesla is at the top end of the range of EVs on offer, Superchargers are likely to remain the exception rather than the rule.

The future development of public charging networks more broadly is a key bone of contention. Networks have little influence over these commercially run operations whose primary concern has been to facilitate uptake – largely by offering free charging. It seems we have reached a tipping point where this is about to change, however.

From the beginning of August, the Electric Highway – owned and run by energy supplier Ecotricity – will no longer be free to use. Customers wishing to have a fast charge at one of the company’s 300-strong charging points located at motorway service stations will now have to pay £6 for 30 minutes. Ecotricity owner Dale Vince says it is now necessary to charge for the network in order to maintain and grow it. He says usage of the charging points trebled in 2015, and the company expects to double the number of charge points within two years.

A switch to more charged public charging may push more emphasis back towards the slow, but cheap and convenient home charge. A 3kW charge takes 6-8 hours, so is ideally suited for charging overnight. Home charging is where the benefits of EVs for DNOs could really come into play. But realising the EV upside will take careful management. There is a very real risk that clustering – driven by wealth demographics and “keeping up with the Joneses” – could cause concentrations of home charging, both geographically and in terms of timing, which could overwhelm local networks.

Understanding the dynamic of clustering has been a particular focus of DNO research into EVs so far. Both My Electric Avenue and the NIC project run by UK Power Networks, Low Carbon London have made it a priority issue.

My Electric Avenue found that across Britain, 32% of local electricity networks (312,000 circuits) will require intervention when 40-70% of customers have EVs. However, early indications suggest that there will be enough diversity in charging patterns to keep peak demand lower than feared, although it is too early to tell how universally applicable the findings will be when applied across different characteristics of the network.

The project also trialled demand control technology Esprit – a technology that when fitted to a local electricity distribution grid can control the charging of domestic EVs if the demand reaches a certain level. Through the use of such technology, the cost of reinforcement required to networks can be reduced by approximately £2.2 billion up to 2050.

Good Energy’s chief executive, Juliet Davenport, has proposed that a solution to the problem of home charging should be implemented before the problem actually arises on any scale. She has called for EV manufacturers to make it standard for EVs to delay charging until times of low energy demand, rather than the current system of customer opt-in.

Speaking to the Energy and Climate Change Committee in June, Davenport said: “We should have these systems built into mechanisms so they don’t create other issues; we should be thinking about that kind of legislation now.”

A follow up project to My Electric Avenue, which was led by EA Technology in partnership with SSPD, is working towards a consensus on charging control technology to achieve standardisation.

Once the rollout of smart meters has ushered in a world of time-of-use tariffs, demand control technology will allow electric vehicle drivers to take advantage of periods of low demand, such as during the night or when renewable output is high, cutting the cost of charging further while benefiting DNOs.

Automotive manufacturer Nissan earlier this year launched a vehicle-to-grid trial in the UK in partnership with Italian DSO Enel. To test the viability of the technology and consumer appetite for the additional income stream, 100 vehicle-to-grid units will be placed at locations across the country in agreement with Nissan EV drivers. If all 18,000 Nissan electric vehicles in the UK were connected to the energy network today, they would generate the equivalent output of a 180MW power plant. That figure has the potential to increase to 370GW if all vehicles on UK roads are electric.

One concern with vehicle-to-grid storage is the amount of degradation it might cause to an EV battery.

Battery life has been a key issue in the uptake of EVs. Early models were only guaranteed for two to three years. This has now been extended to 10-15 years, but tests have shown that providing a 7kW charge to the grid puts the equivalent strain on an EV battery of driving at 20mph. This has knock-on concerns not only for vehicle lifespan but also for end of life battery applications, the scope for which is attracting rising interest as the market for static energy storage begins to boom.

The challenge of EVs for DNOs are complex, manifold and imminent. There now seems little doubt that a radical increase in EV numbers will occur within the current price control. Do networks have the flexibility to respond at pace?