Making the most of your assets

How do you pave the way for predictive asset management and how should it be used to help enable the smart networks of the future? A recent roundtable discussion hosted by Network and IBM sought to discover the answers. Tom Grimwood reports. 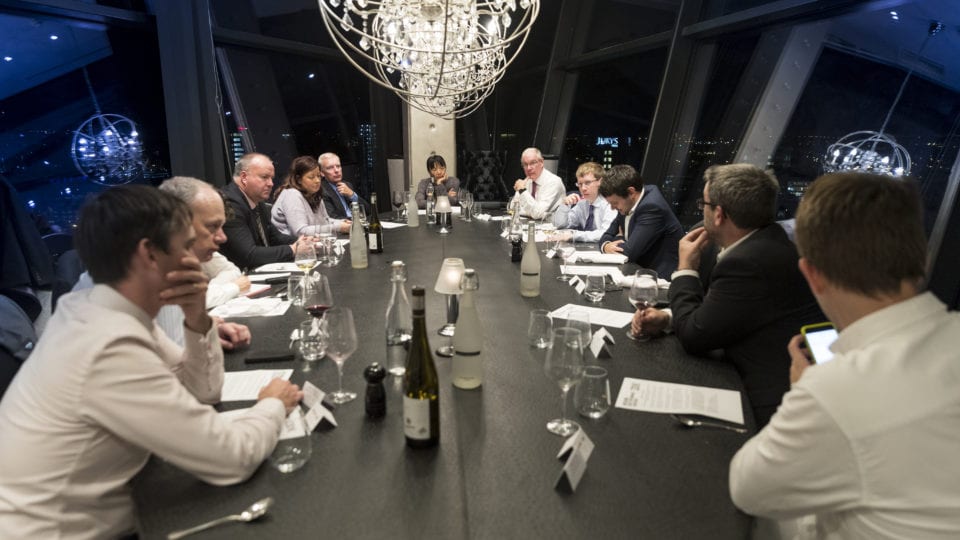 If energy networks are to cope successfully with the new demands arising from the decarbonisation of the energy system, whilst maintaining a reliable service to customers and minimising costs, it will be vital for them to maximise the performance of their assets.

At a roundtable in Birmingham hosted by Network and IBM, industry figures met to talk about how new technologies and management techniques can help them to respond effectively to the numerous challenges they face.

The first topic to be discussed was the shift to outputs- and totex-based regulation brought by the introduction of the RIIO framework.

There was strong support for the new approach, with attendees welcoming their newfound freedom to respond to the needs of their customers in the way that they see fit – whether through investments in new infrastructure or novel operational solutions – rather than closely following the prescriptions of the regulator.

However, some also aired concerns that this new mindset has not filtered down through the entirety of their organisations. Some veteran engineers still see their role as replacing X number of transformers at the behest of Ofgem, rather than ensuring their customers’ lights are on when they arrive home from work. The creation of a new culture within energy networks is still a work in progress.

The conversation then moved on to how customers react when their power or gas supplies are cut off. There was agreement that as interruptions become less frequent, customers are becoming more intolerant of them when they do occur.

One attendee suggested that unexpected outages invoke the greatest anger as customers are unable to plan their lives around them.

However, another thought the opposite to be true, saying customers are actually more forgiving when, for example, their power is cut off due to flooding; when cars are floating past their house and the cause of the problem is obvious.

Along similar lines, they said customers are also more tolerant when they can see what network companies are doing, often sending in letters of praise when workers are digging up their road, even when they are not sure why.

They said the best way to annoy customers is to warn them in advance that their supplies will be cut off for 10 minutes each day for the next several weeks, whilst carrying out no visible work.

Another attendee said, whilst they agreed that customers do tend to be more forgiving of unplanned outages during the “honeymoon period”, their patience can quickly wear thin. In general, there was a consensus that customers’ responses to supply interruptions often bears little relation to network companies’ conduct.

The digitalisation of energy networks should enhance their ability to predict when assets are going to fail and replace them before this happens, thereby avoiding outages.

But several attendees argued predictive replacement is not necessarily the best approach in all cases.

One gas distribution network (GDN) representative said many of their assets are deliberately replaced on a reactive basis where the consequences of failure are minor, as replacing them before absolutely necessary can add to costs.

As part of their transition towards a distribution system operator (DSO) model, distribution network operators (DNOs) are taking a more active role in their management of their assets, using flexible connections and services to deal with congestion.

A representative of one of the DNOs noted that this will mean operating with less spare capacity to fall back on in the case of a problem. They said currently if their control room is left unmanned due to a fire alarm, there is little risk of power supplies being cut as a result. Under the DSO model, this risk will be much higher.

However, an attendee from another of the DNOs said despite the reduction in redundancy, the ability to actively manage flows around their networks could actually facilitate reactive replacement by offering operational solutions to asset failures. They said there might be a slight reduction in reliability but this would be offset by lower costs.

A common thread throughout the discussion was the topic of data.

There was universal agreement that much of the historical asset data which energy networks require is of poor quality or missing entirely. Attendees spoke despairingly about how much of the data which does exist has not yet been digitalised, consisting of old paper documents buried away in dusty archives.

There was also agreement that data sharing with parties from outside the sector will be essential, allowing them to come up with innovative products and services that the networks would never have come up with themselves and which could have enormous benefits for consumers. They called for Ofgem’s help in opening up access to data.

“There is a danger that a lot of our kit lasts a lot longer than any of the sensors will last. I can put an infrared camera looking at a transformer. It will tell nothing very interesting for 50 years. And at 51 years it starts doing something interesting. By that point, I’ve replaced the infrared sensor three times.”

“What can we do to support this industry better? We have ideas and we have some very smart people. Understanding what you as an industry are trying to achieve as the end goal will drive what we can put in place from a technology, process or change management perspective to optimise data quality from the outset.”

“What if we think differently and unlock the capability and power of smart appliances? What could we achieve and what benefits would this bring to the customer in terms of lower supply costs and closer matching of the customers comfort and needs? Furthermore, how could we use the smart homes data, in a secure and safe way to make the networks work better.”