Home is where the heat is

Network Magazine, in association with Utility Week and the Energy Systems Catapult recently hosted a roundtable event where the subject of new business models for the decarbonisation of heat was discussed. Alice Cooke reports. 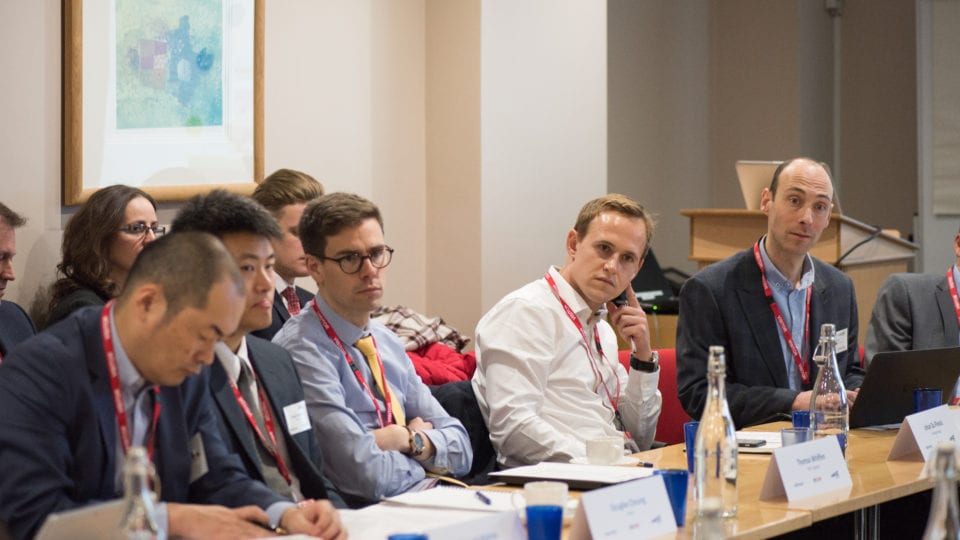 The UK will meet its next carbon budget, but don’t even think of stoking the fire or turning up the heating in celebration, because the next target – to reduce 1990 carbon emission levels by 37 per cent by 2020 – is not such a dead cert, in fact it’s looking all but unattainable.

For that – and all future emissions targets thereafter – to happen, something big must change, and sooner rather than later. In short, the heat is on…

Meeting future carbon budgets and the UK’s Climate Change Act 2050 target (to reduce emissions by at least 80 per cent of 1990 levels by 2050) will require reducing domestic emissions by at least three per cent a year. This means all existing progress must be supplemented by significantly more stringent measures. Namely, the UK must all but eliminate domestic heating emissions – they currently account for around a startling 20 per cent of the nation’s overall carbon emissions.

Analysis of ways in which the energy system might be adapted to meet carbon targets shows the elimination of emissions from buildings to be more cost effective than deeper cuts in other energy sectors (such as transport). This effectively means new heat alternatives and business models need to be found for domestic natural gas heating systems, and this needs to happen as a matter of urgency. A Utility Week, Network and Energy Systems Catapult roundtable recently discussed what form these new business models might take, and what they could mean for the industry going forward.

Delegates agreed that enhanced construction standards ensure new buildings are increasingly energy efficient, but the legacy building stock, (of around 26 million homes), has relatively poor thermal performance – which is significant because over 90 per cent are still expected to be in use in 2050. Even if building replacement was a desirable option, the cost would be prohibitive, and the carbon emissions associated with the construction process would be considerable too, rendering the whole idea fairly futile.

At a structural level, the building fabric and its condition, available space and, vitally, consumer preferences are all critical factors, said The Catapult’s John Batterbee. At the network level, the existing networks in place, the preferences of communities, available energy resources and number of buildings in question all also play a part.

To further complicate matters, as Kelly Butler of BEAMA pointed out, there is no central authority; a complex web of product and service companies, infrastructure developers, and home owners must all be involved in each case. In short, it’s not a one-size-fits-all scenario by a long stretch.

As such, delegates agreed there is a vacancy for a lead contractor in the heat network space, and for energy services to work effectively and efficiently, this is a void that needs to be filled. But as to why this hadn’t already happened, it was suggested neither energy suppliers nor technology providers currently see this as an opportunity.

In response to the immediate need for carbon efficiency, The Catapult is developing its own business models for selling energy; which sell the services enabled by energy rather than the energy itself. One of the concepts they tested with consumers was the idea of buying a warm home; whereby consumers could keep the whole home warm for one price, and part of the home warm for another.

Ian Rose, professional services director at Passiv Systems, was enthused by the idea but warned of the obstacles such an idea would face: “The challenge is this isn’t a normal commercial market. We need a mechanism to reduce market distortion and a new long-term framework – we need long-term confidence in place.”

Previous emissions reductions have been relatively simple, cheap and have delivered clear benefits to households. But this, and other such options currently available to make further reductions, would require households to endure more initial disruption for less obvious long-term benefits. Furthermore, John Farrington of EDF said policy makers are likely to be reluctant to force changes in people’s homes that are considered widely unpopular.

He said: “I think we have to work in a way that we never have before. We need an integrator, and they don’t necessarily already have to be in the supply chain. They must be responsible for bringing the right assets and components – and find which combination gives the best effect at the lowest cost. We need to move to an aspirational space, because there’s no willingness [on the part of consumers] to pay at present.”

It was agreed that we need to develop ways to reduce emissions from domestic heating that are more appealing to consumers, thereby making the transition to low carbon heating much easier to deliver in practice – and the time to do this is now.

But the problem is something of a chicken and egg situation, in that retailers could evolve their business models to open a more customer-centric approach to decarbonisation, and low carbon heating product companies could develop more customer-centric mainstream products – but neither is likely to invest without some confidence a suitable policy regime is on the horizon.

The remaining discussion was then rooted in how policy would first have to be in place for the industry to be best placed to react accordingly. When it comes to heat, the table noted government has a major challenge – if they could guarantee the performance of new services, so as to build the customer’s trust that expectations can and will be met, then retailers could play a high value role in enabling decarbonisation and, in the right policy environment, do so profitably, in the same way that low carbon car manufacturers are already doing.