The Energy Systems Catapult's 'Rethinking decarbonisation incentives' project is taking a fresh look at how the UK could reform policies to promote clean growth and efficient economy-wide decarbonisation over the long term. Last month leading industry voices took part in a roundtable discussion hosted by Network and the Catapult to discuss the different sector drivers, and future options for policy reform. Adam John was there. 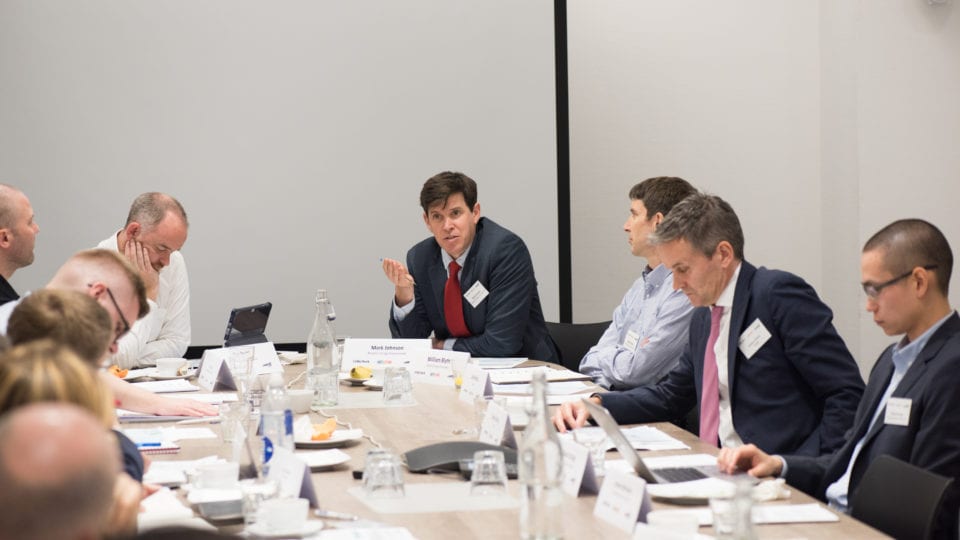 The first output from the Catapult’s project was published in May 2018 and was an analysis of the current pattern of ‘effective carbon prices’ in the UK for decarbonisation in different economic sectors and activities. This showed a range of “effective carbon prices” with a number of areas that still appear “under taxed”, including coal and gas-based generation and energy consumption in homes and businesses.

From this baseline leading industry figures took part in a roundtable discussion at the Department of Business, Energy and Industrial Strategy (BEIS).

The discussion focused on three topics:

The first part of the Catapult’s work highlights some quite significant variation in the effective carbon prices across different parts of the economy. Participants were asked to discuss how important this was and how significant it was for getting the right technology mix to decarbonise the economy and deliver the Clean Growth Strategy.

One participant said whether transport fuel duty is called a carbon price or not, it is working as a carbon price in that electric vehicles (EVs) have become cost competitive on a whole cost of ownership basis. They added that the UK was “at a precipice” where EVs are going to take off “largely because of this effective carbon price on fuel”.

Brexit was another theme that was discussed.

With the UK’s impending departure from the European Union, participants were asked to consider whether Brexit would open up any specific opportunities to improve the current picture.

One participant said they believed there are areas of EU policy that are not particularly well-designed, with one of them being the common agricultural policy (CAP). “Through the CAP we are subsidising forms of agriculture which are environmentally damaging”, they said.

As well as looking at what the implications of ‘effective carbon prices’ in the UK are, the discussion explored what can be learned from the approach of other countries to carbon pricing and the incentives for decarbonisation.

The Catapult has produced a set of 11 case studies of carbon policy and tried to select examples that exemplified lessons to the UK experience. Examples include a range of policy approaches such as standards, subsidies, tradeable certificates and interacting suites of policies.

One participant said they did not believe any country had a model they could “pick off the shelf” and follow as an example for the UK.

One cited South Africa as an example of where policy was “watered down” in order to appease different sectors.

The third and final discussion point for the afternoon was about what the opportunities are for the UK to improve carbon policy now.

The Catapult says it recognises how difficult it is to do far-reaching, radical reforms but that people should be thinking about how to move from where the UK is now, to something which offers a more durable, economy-wide framework for incentivising decarbonisation.

Five stylised reform options were mooted as a basis of discussion:

One participant said they did not think the points “captured innovation funding” and expressed concerns that this was a missing category.

Another said they believed that the point about carbon taxation is an “important but not sufficient” condition to drive innovation. They added there was also an importance in areas where there are problems or gaps in carbon pricing, how to look at it in a more coherent way to get a better signal across the economy.

A key topic of the afternoon was changes to behaviour.

Price, one delegate argued, is one of several mechanisms to achieve decarbonisation. Behaviour change is another such mechanism. They cited the example of the plastics debate which has completely changed not just through issues surrounding price, but though alignment of different measures. “That would be a really important criteria for looking at how you assess the different options”, they said.

Discussing prices is almost missing the point, one attendee warned. They added the most successful UK decarbonisation policies “did not involve the official setting of prices”.

As the roundtable drew to a close, delegates were asked to summarise one thing they thought needed to be done within the next year in order to achieve succinct decarbonisation incentives in all sectors.

One participant proposed the Industrial Strategy should be used as a vehicle to engage with a broader swathe of business sectors while another suggested an economy-wide approach needs to be engaged. Another wanted to see the UK work with other countries, with climate being a world issue.

“I think we need to establish a clear post Brexit baseline for carbon pricing and make sure we maintain strong cross-party agreement on the need to tackle climate change.”

“Whole systems can sound abstract and long term – if you want to develop a market, and want to innovate and sell hybrid heat pumps, then your market is going to be affected by the imbalance between gas electricity prices that we have now. Taxing gas when people haven’t got an alternative is a problem, but the alternative will not emerge unless something is done about the framework of incentives.”

“You can learn from Australia on what not to do. What political instability does to carbon pricing where they had a plan for ETS, then they had a tax, then they withdrew the tax all in the space of a few years. It is an interesting case study to look at.”

“I’d like to see increased focus on how we can use cheap renewables to accelerate the electrification of the transport and heat sectors during the 2020s, and not just wait until the 2030s and 2040s. What are the mechanisms by which we can pull that through?”

David Joffe, acting head of carbon budgets at the Committee on Climate Change.

“The system of long-term contracts for difference we introduced in the power sector has helped reduce the costs of decarbonisation by providing greater certainty for investors and thereby reducing the costs of capital. Theoretically, the government could increase carbon taxes to achieve the same end result, but investors know that tax levels can be changed each year in the Budget. Grandfathered private law contracts tie governments’ hands and could prove a useful tool as we seek to decarbonise the heat and transport sectors.”

Simon Virley, partner and head of energy at KPMG and former director general for energy at DECC.