Is it real life? Or just fantasy? Network explores the vision of a single energy system – why should we desire it and is it feasible to create? 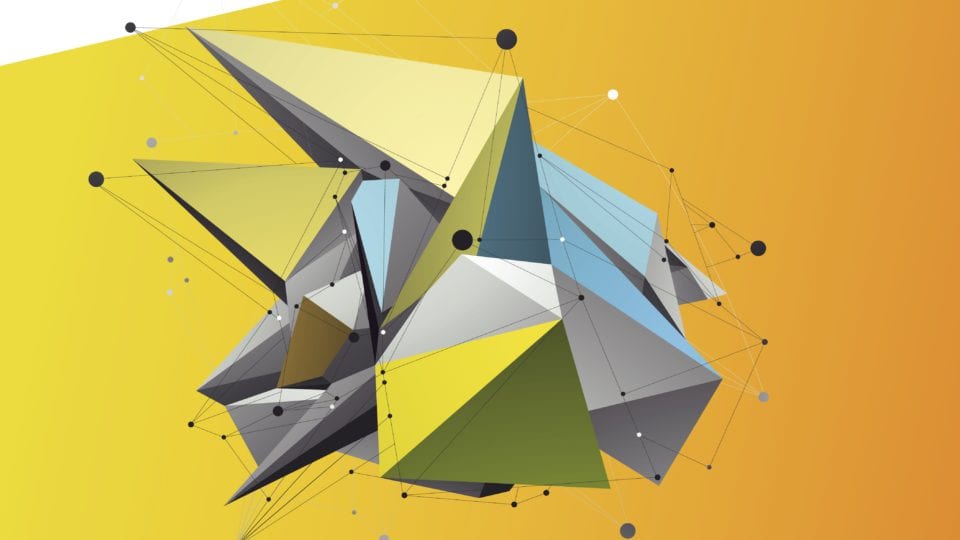 It’s hard not to feel inspired by the idea of a single integrated and optimised energy system, with complementary flows of power, gas and heat moving in concert to achieve the ultimate in efficiency. Such a system would represent a zenith of engineering accomplishment as well as bringing social benefits and commercial opportunity. But is such a shiny utopia even remotely possible?

There’s no doubt the potential is increasingly exercising leading minds in and around the energy sector – especially across the energy networks. Just a couple of short years ago, system integration was a subject for academic speculation, but the topic has made a steady march on to the agendas of industry conferences, round tables and policy advisory groups – pushing stakeholders to consider the practicalities of making it happen.

The proposal for a new power system architecture, being devised by the Institution for Engineering and Technology (IET) and the Energy Systems Catapult (ESC) forms part of that pragmatic thinking – but the debate is much wider and is engaging key groups across so-called energy vectors and often well beyond the boundaries of traditional energy infrastructure planning. Councils, city councils and community energy groups – as well as large institutions looking to establish their own microgrids – for example, are all shaping an increasingly noisy conversation about “multi-vector” energy systems.

The reason for their interest is obvious – according to the most fundamental law of thermodynamics, energy cannot be created or destroyed, only transferred. It seems absolutely logical therefore that if we can get better at shepherding energy to the point of greatest need, in a form that suits the end use, we can unlock untold potential for flexibility and value creation.

As part of its wider remit, including looking at the potential for multi-vector energy solutions, the ESC aims to create £6 billion of economic value add and 9,000 jobs in the UK by 2030. But more broadly, there is little evidence as yet to help us understand the size of the prize we will get through energy systems integration – just a feeling that by helping energy to flow across vertical market segments, there is a very real opportunity to reduce the overall cost – and increase the sustainability – of a decarbonised society. There is also huge scope for diminishing fuel poverty, say integration enthusiasts.

So what might cross-vector energy shepherding look like? How hard will it be to create that evidence base and build the dream? In many cases, the technical processes for achieving integration are not, in themselves, ground breaking. Many industrial sites and institutional microgrids – run by hospitals and universities, for example – have for years dabbled in techniques to improve the overall efficiency of their processes and assets by capturing waste heat. Meanwhile, gas network leaders are quick to point out that using hydrogen in the gas grid was common practice back in the days of town gas – and that it is still used in mainland Europe today.

“A lot of credible work has been done which suggests that a way of responding to this challenge is to have a stronger sense of the architecture of the system – that feels sensible. Whether or not it is then appropriate to have an architect is a very different question and speaks to a whole different set of considerations.”

Both of these approaches are key to broader systems integration. There are myriad untapped opportunities to recycle waste heat – a number of trials looking to capture and reapply heat given off by electrical transformers for example, could uncover cross-vector synergies that have been largely ignored in the past. Meanwhile, a growing interest in maximising the potential of renewables generation is driving projects which convert excess energy into hydrogen. So what might cross-vector energy shepherding look like? How hard will it be to create that evidence base and build the dream? In many cases, the technical processes for achieving integration are not, in themselves, ground breaking. Many industrial sites and institutional microgrids – run by hospitals and universities, for example – have for years dabbled in techniques to improve the overall efficiency of their processes and assets by capturing waste heat. Meanwhile, gas network leaders are quick to point out that using hydrogen in the gas grid was common practice back in the days of town gas – and that it is still used in mainland Europe today.

However, in spite of these examples of integration interest, widespread and large-scale uptake of integration solutions has so far been stymied by several factors: the disruption they cause when retrofit is necessary; the timescales for return on investment; outdated standards and, not least, misaligned policy and market triggers.

Read on to hear how barriers to systems integration are being tackled.

This array of barriers means that any attempt to push forward multi-vector energy approaches is likely to be attended by a period of disruptive and exhausting change – to market structures, commercial models, regulatory approaches and system administration. Such a prospect raises doubts, and not unsympathetic ones, about the will of government and industry to tackle such a lengthy “to-do” list – especially because all parts of the energy system are already well advanced in their efforts to implement sector-specific decarbonisation, asset renewal and consumer engagement.

But assuming there is enough collective vigour to step out of these challenging but, relatively speaking, comfortable furrows, where should we start our efforts The notable appointment of Jonathan Brearley, formerly the architect of Electricity Market Reform at the Department of Energy and Climate Change, as Ofgem’s senior partner for networks certainly means the regulator now has some potent experience to affect industry change. But before any such process gets underway, says Philip New, chief executive of the Energy Systems Catapult, a concerted effort is needed to establish a consensus across stakeholders about which elements of whole system transformation have to be addressed first. The IET would add that its approach to defining a system architecture for the future power system – which sets out the technical functions that the system would have to perform – could provide a sound basis for achieving that consensus, if it were stretched to consider multi-vector rather than power-specific scenarios. For example, its use of SGAM modelling, which originated in the telecoms sector, could be used to make sense of all the interconnected energy system integration challenges from a number of perspectives – technical, commercial, regulatory and more.

“The project has been designed to rigorously test the IET’s proposition that the current approach to planning and operating the power system in Great Britain may not be sufﬁ ciently robust to address future challenges.”

Other interested parties, such as the Energy Technologies Institute (ETI) and the Association for Decentralised Energy (ADE), are developing their own contributions to the systems integration canon. ETI is in the process of contracting a lead partner for a £300,000 project to understand the opportunities for multivector integration – more news is   expected in June. The ADE’s approach, meanwhile, centres on enabling a bigger role for district heating in the future energy system. Soon, it hopes to be able to set out a timeline and milestones for improving engineering and industry standards in this nascent sector, as well as building customer protection codes. Most importantly, it aims to improve understanding in parallel parts of the energy system about what the growth of district heating would mean for them and how they could interact with it to mutual, consumer and whole-system advantage. Chief executive Tim Rotheray says it’s critical that other energy networks – especially gas networks – do not see district heating as a threat, but this sentiment reveals a core problem with the multi-vector vision – fear of the unknown.

With so many questions about how to orchestrate a move towards system integration, industry leaders find it difficult to visualise the role they would be expected to play in a multi-vector system, how dominant that role would be or how it might affect the value of their infrastructure assets in the eyes of investors.

The question of orchestration in particular has caused some notable anxiety over the past year or so – especially since the start of the IET’s system architecture project. Some feel that, behind its tightly written brief to look only at the technical requirements for a future power system architecture, lie institutional questions that could cause turbulence and unwanted interference in the operation of networks – in the power sector and beyond. Predominantly, these concerns revolve around the potential creation or appointment of a “system architect” body. Quite what any such body might look like is unclear, but nonetheless, industry sentiment is that it would be unpopular and unnecessary. Even ETI chief executive David Clarke – who explicitly stated at a select committee hearing earlier this year that Ofgem would not be a suitable body to oversee an integrated energy system, thereby acknowledging that system transformation might lead to institutional reform in the energy sector – also stated that an architect approach “won’t work, no chance”.

Nervousness about the bureaucracy and meddling that might come with a system architect, from networks that are used to running largely highly effective monopoly enterprises in their license areas, is understandable. But at the same time, it’s arguable that giving momentum and direction to a transformation of our energy system that optimises all its component parts and thereby offers, perhaps, monumental improvements in efficiency, will require a push from an independent force that cannot be accused of protecting its own future interests. Whether this push can be created by providing an architecture alone remains to be seen. It is a question that will become more difficult to answer if, or when, a FPSA-style project were to roll into multivector territory.

Regardless of the architect versus architecture debate though, reform of policy, investment and commercial models will certainly become a necessity if a more integrated energy system is to become a sufficiently desirable goal for government or an influential industry collective.

In short, as the evidence base for the value to be gained through energy system integration builds, so too does the tension between the opportunity it holds and the risks associated with disruptive change, which may far outstrip what networks have so far experienced when preparing their own energy fiefdoms for the future.