An anaerobic digestion plant on the Isle of Wight has successfully used microwave technology to connect to the electricity distribution network without traditional generating restrictions. 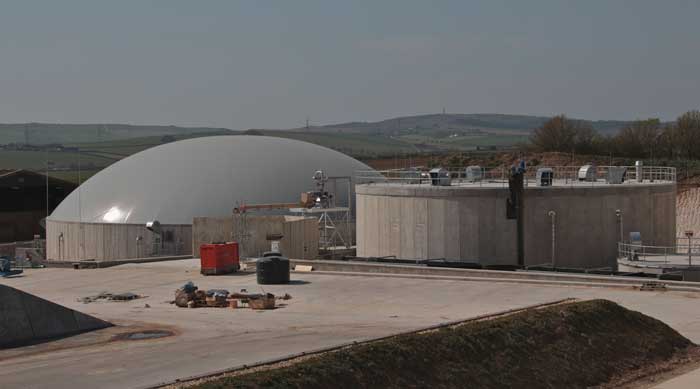 The ‘intertrip’ protection system was required by Scottish and Southern Electricity Networks (SSEN) to control the grid connection of the Stag Lane AD plant in Newport to ensure the grid doesn’t become overburdened when faults and outages occur.

The microwave link tells the generator to either continue generating or switch off depending on the status of the network, removing the need for DNOs to place restrictions on new connections.

The system has been piloted for nine months with “excellent uptime performance” SSEN said, adding that the system could benefit many similar generators. An intertrip can also be up and running quickly and cheaply as there are fewer external dependencies.

SSEN’s lead commercial contract manager Steve Atkins said: “Connections to the electricity grid can be conditional on a protection system to ensure the continued safe operation of the electricity network for all users.

“We are pleased with the success to date of the microwave link which other connection customers may wish to consider when implementing their protection systems.”

Firglas, the AD plant developer, said SSEN’s system planning and protection team’s decision to pilot the technology had allowed it to commission the plant sooner than with a traditional connection.

Wight Wireless, which provides superfast broadband connections to hundreds of homes and businesses across the Isle of Wight, designed the system in partnership with Firglas.

Earlier this week Ofgem revealed that the increase in flexible connections offered by DNOs has allowed 3.7GW of capacity to join the UK’s electricity distribution network.