Northern Powergrid is running a trial to use electric vans with on-board battery storage to replace diesel generators as a more sustainable means of restoring power to consumers during emergency works or power cuts. 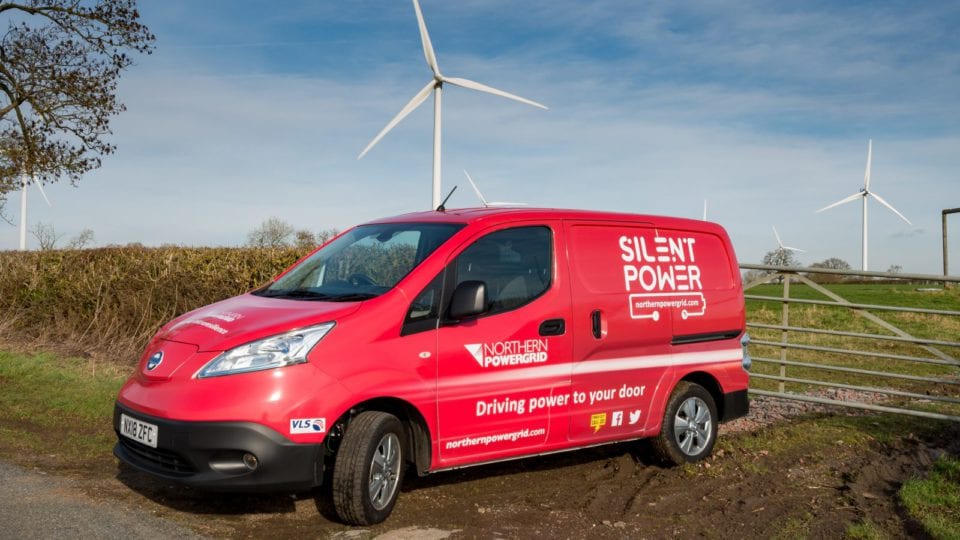 The two-year Silent Power project is the first low-carbon innovation trial to address the problem of restoring supplies to customers who have had a power loss, particularly vulnerable customers and those with domestic solar generation.

Each van could power up to three homes, or a small community centre, for 24 hours. The first vehicle will be on the streets of Northern Powergrid’s operating area this month.

However, the project team also believes that the technology would be of interest to other users of mobile generators, such as remote construction sites.

In its region, more than 20% of customers are on the Priority Services Register, whcih means they are designated as needing extra support from suppliers and network operators in the event a power cut.

One in eight (12%) of those on the register are medically dependent on electricity.

Patrick Erwin, policy and markets director at Northern Powergrid, said: “This is just one way we are demonstrating our commitment to ensuring the energy transition works for all people across our society – not just those that can afford the latest technology.”

Ross McFarlane, innovation project manager for Northern Powergrid, said: “Traditional diesel generators have been great at restoring power to keep vulnerable customers safer and more comfortable during a power cut. However, the noise and air-pollution means there are limits to where they can be deployed.

“Alongside the direct customer benefit, we are very excited by the wider positive environmental impact of this trial. Many industries need temporary power supplies, if this can be shared across other sectors, we have another way to bring more renewable sources into our energy mix.”

The vans are particularly suited to restoring powers to homes or facilties that generate and export energy from solar PV arrays, where diesel generators are unsuitable.

As Erwin explains: “Traditional generators cannot accept power input from customers’ generation, which can happen at times of low load, as they were only designed to output power. The Silent Power battery solution can. This is becoming ever more important with rooftop solar installations throughout electricity networks. It means we don’t waste green energy that otherwise would be lost.”

Stephen Irish, the commercial director of Hyperdrive, said: “The UK battery and storage industry is booming and we are now starting to identify ways in which the lives of everyday people can be enhanced with technology like ours.

“Projects like Silent Power are bringing bold British innovation to the doorstep of every household and we are proud to be involved. In these uncertain times its reassuring that this blossoming high-tech sector can not only drive UK jobs and growth, but can become the backbone of community support delivered by the team at Northern Powergrid.”

Danny Jones, director of OffGrid Energy, added: “The Silent Power project has been a great opportunity to take our low carbon power solutions to another level, adding a further dimension in driving out emissions from the electricity networks. Working with Northern Powergrid has been a great experience for us at Off Grid where their vision and support has enabled us to push boundaries in ways that would not have otherwise been possible.”