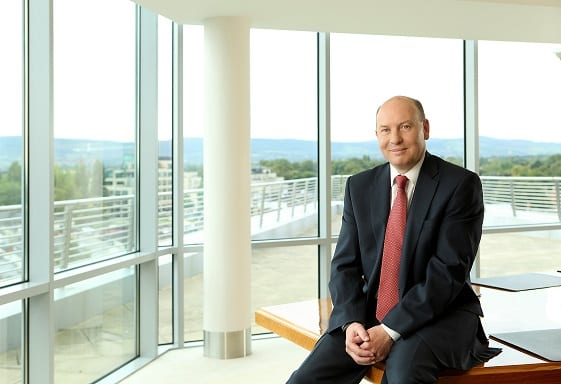 Slye, who was also recently elected as vice chairman of the European transmission body Entso-e, will take up his post at the beginning of 2018. In the meantime, an acting head – Phil Sheppard – will lead the SO function.

Sheppard became acting head of SO last month after Cordi O’Hara vacated the role. She moved to take up an opportunity in National Grid’s US business.

“This is a great time to have someone of Fintan’s wealth of experience join the team.”

Slye will take up leadership of National Grid’s SO function in time to lead its legal separation from the rest of the business.

This separation was proposed by Ofgem in January as a way to appease concerns that there were conflicts of interest between Grid’s role as system operator, and its other business interests, including interconnectors.

At the time of this proposal, Ofgem chief executive said: “As the system changes, it’s important that all the monopoly networks adapt.

“Having a legally separate system operator will allow it to take on a more proactive role in managing the system and working with others, while mitigating any conflicts of interest.”

Ofgem’s proposal did not sit well with some industry figures who favoured more radical separation.

In March, academics from the University of Exeter, responding to a consultation process said Ofgem’s suggestion was the “wrong choice…for a rapidly changing world”.

Matthew Lockwood and Catherine Mitchel, senior research fellows, wrote to the regaulator saying: “Unlike a system operator still within National Grid, a fully separated system operator would be a genuinely independent institution, more likely to be trusted, and capable of fulfilling its role in helping Great Britain to meet the objectives set out in the joint statement.”

Despite such submissions, Ofgem confirmed its decision to go ahead with its proposed legal separation of National Grid’s SO function in August. All measures to complete the separation are to be completed by April 2019.

Welcoming Slye on board, National Grid executive director Nicola Shaw said: “This is a great time to have someone of Fintan’s wealth of experience join the team”. She added that the separation of the SO represents an “exciting chapter” for that part of the business.

Bidding farewell to Slye, EirGrid’s chairman John O’Connor said he “has a deep knowledge of the electricity industry and has led a process of significant change within the company”. This included leading an ambitious programme to connect more renewable generation to the Irish power grid.

“He also led a new approach on developing the grid in Ireland with particular emphasis on improved public consultation,” said O’Connor.

“He leaves the company in a strong position to continue to serve the needs of communities and businesses across the Ireland.”