Johnson toughens up targets on coal power and EVs

Prime minister Boris Johnson has announced that the UK will eliminate all coal-powered electricity generation by 2024 - a year earlier than originally planned - and will outlaw the sale of petrol, diesel and hybrid cars by 2035 rather than 2040. 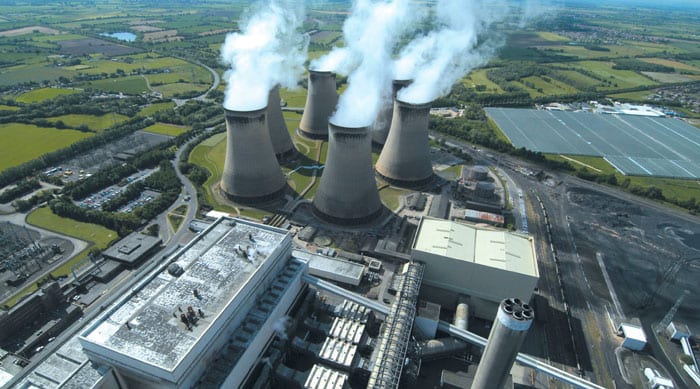 The policy announcements came in speech by Johnson to launch a “Year of Climate Action” ahead of the UN COP 26 climate change conference, to be held in November in Glasgow.

The move will now be followed by a consultation.

Number 10 also highlighted that more than half of the UK’s electricity came from low-carbon sources in 2019. This means that the UK has cut its emissions by 43% since 1990, which it says is the best performance of any G7 nation.

Johnson went on the credit this move to the strength of the renewable generation sector in the UK.

“We’re able to do that, because this county is leading a revolution in renewable energy and by the way, it’s driving our national agenda of uniting and levelling up our country, because it’s parts of the North and the North East of the country in particular, that are showing the lead in renewable energy.

“The world’s biggest offshore wind turbines are built beside the Humber, the carbon capture storage is being pioneered on the banks of the Tees.”

Johnson also announced that the government plans to bring forward the ban on the sale of new petrol and diesel cars and vans to 2035; previously the target date had been set at 2040, as announced in July 2018 under the government’s Road to Zero emissions strategy.

At the time, the plan was to ensure that all new cars and vans would be “effectively zero emission by 2040”, meaning some plug-in hybrids might still be allowed.

However, all types of hybrid cars are now included in the ban.

The prime minister added that the ban could come into effect “earlier if a faster transition is feasible, subject to consultation”.

The tougher target follows a paper from the government’s Committee on Climate Change, published in May 2019, that recommended a target date of 2030.

Net Zero The UK’s contribution to stopping global warming said that “2040 is too late for the phase-out of petrol and diesel cars and vans, and current plans for delivering this are too vague”.

It went on to say: “If possible, an earlier end to sales of petrol and diesel vehicles would be preferable (eg by 2030 if feasible), as this will have lower financial costs, lower cumulative CO₂ emissions and lead to better air quality. This means a rapid ramping up of the market share of EVs, from around 2% today, during the 2020s.”

This move would mean that very few petrol or diesel vehicles would still be on the road in 2050, any any remaining rump could be “addressed by regulation”.

The report also called for a substantial investment in electric vehicle charging infrastructure to make the switch possible, estimating there would be a need for “at least 1,200 rapid chargers near major roads and 27,000 chargers around local towns and regions” by 2030.

The 2035 date also brings the UK’s target in line with commitments in other parts of the UK and Ireland.