Green groups call for EV rollout to be accelerated

Green groups have urged the government to demonstrate its commitment to clean growth by accelerating the proposed ban on diesel and petrol engine cars and vans. 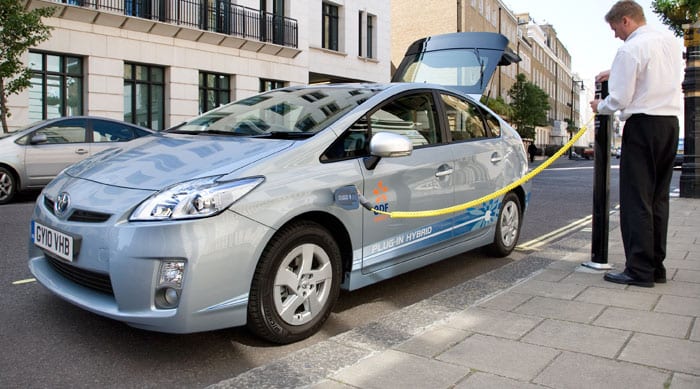 In a new report, the Green Alliance of environmental charities and groups has called on ministers to require all new cars and vans to be zero emission by 2030.

“The UK government’s long overdue clean growth plan needs to prove that this government is serious about speeding up the low carbon transition, not slackening the pace.”

The Department for Environment, Food and Rural Affairs set a target that petrol and diesel should be banned by 2040 in its air quality plan published last month.

The Green Alliance’s report, titled ‘Why the UK needs an ambitious clean growth plan now‘, estimates that bringing forward the ban to 2030 could reduce UK foreign oil imports by more than 50 per cent by 2035.

The report also says the government should not delay any longer the publication of the clean growth plan, which climate change minister Claire Perry has said will appear following Parliament’s return from summer recess in September.

“This lack of direction is creating uncertainty for business and investors and reducing the government’s ability to meet its own carbon reduction goals,” it states.

As an example of this uncertainty, it estimates that without clear government policy on carbon reduction from the end of this decade, investment in renewable energy will drop by 95 per cent compared to the current level to below £0.3 billion by 2020.

The report says that in order to capitalise on falling prices of renewable electricity generation, the government should allocate an additional £1.7 billion to low carbon auctions between 2020 and 2025.

Commenting on the findings, Gareth Redmond-King, head of climate and energy at WWF, said: “Cleaning up transport and boosting home energy efficiency must be priorities for the UK government in the forthcoming clean growth plan.”

“The UK government’s long overdue clean growth plan needs to prove that this government is serious about speeding up the low carbon transition, not slackening the pace.”

The climate change has previously said that she wants the clean growth plan, which was formerly known as the emissions reduction plan, to be an “ambitious” document.