Energy systems are changing and balancing the need to upgrade the networks for the future customer while maintaining the operational performance and affordability needed today is key. Ben Hargreaves reports. 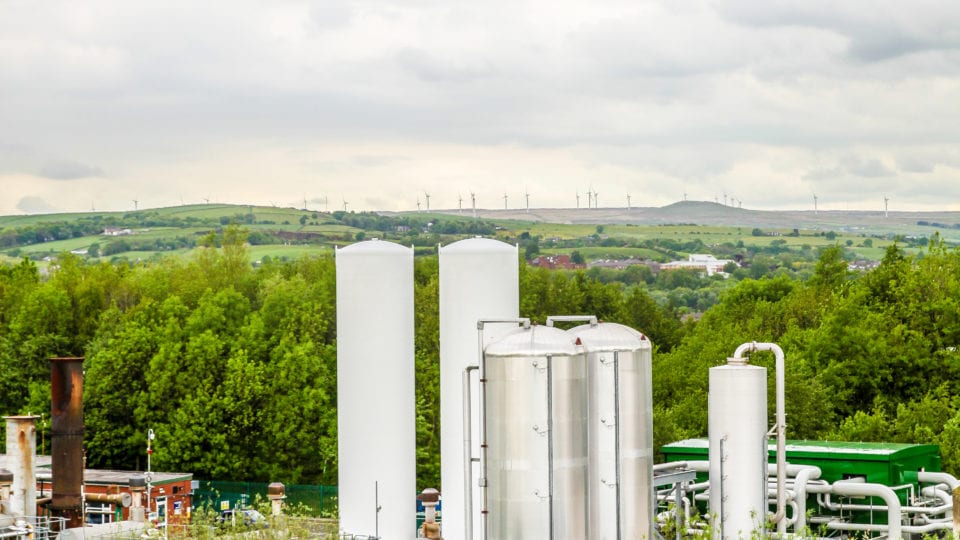 This summer provided a prime example of one event that will impact on electricity and gas networks more and more in the future: extreme weather. The heatwave saw temperatures of 35°C (90F) recorded in late July at Heathrow, while June was Britain’s hottest for more than 40 years.

Scientists believe that we will see more extreme weather as the effects of climate change are felt in the UK. In this context, the integration of much greater levels of renewable energy onto the grid has never felt timelier. But just like extreme heat, that also poses problems for DNOs and DSOs, explains Dr Jaise Kuriakose, lecturer in climate change at the Tyndall Centre for Climate Change, University of Manchester. “Integrating greater levels of wind and solar onto the grid is a major challenge, especially when you consider the age of our networks. The decarbonisation of the grid means bringing distributed wind and solar power on stream, but our assets are degrading. That makes the management of voltage and frequency challenging.”

When you add to that the impact of climate change, and the addition of far greater numbers of electric vehicles onto the grid, the picture for networks looking to manage their assets is even more complicated, Kuriakose says. “Weather events like heatwaves affect the capacity of overhead lines. For example, at higher temperatures, they have lower capacity. If we have an increase in demand, how are we going to manage? Those are some of the challenges, and that’s before you consider other issues such as grid inertia and harmonics.”

At the University of Manchester, researchers are able to experiment with extremely high voltage test equipment at what is said to be the UK’s largest high voltage laboratory in a bid to help networks understand how assets will perform – and intervene before failure occurs. Dr Vidyadhar Peesapat, knowledge transfer research fellow at The Electrical Energy and Power Systems Group, can pump up to 800,000 volts through an aging piece of infrastructure to see what happens. He’s looking for tell-tale signs that indicate it may need to be replaced or repaired, information that he can pass on to networks and utilities. “In terms of asset management, we have a network that is 50 years old, and equipment on the network that is more than 50 years old. No network or utility wants a blackout. We want to pick up faults before they actually happen, especially with old equipment. The ideal scenario for any network operator or asset owner is to understand failure before it happens – that’s what we are here for.”

If the Manchester research is helping networks understand and manage existing assets before they fail, the grid will also rely on the introduction of newer, cutting-edge technologies in order to become more resilient. Energy storage is likely to play a crucial role in both managing intermittent power generation from renewables and making networks and the grid future-proof. Highview Power, which launched what it claims is the world’s first 5MW/15MWh liquid air energy storage (LAES) plant in Bury in June, is developing an energy storage technology that may come to play an important role in the UK and overseas.

Enough energy is now being drawn from the pilot LAES plant to power about 5,000 average-sized homes for around three hours, with the plant helping to provide reserve, grid balancing and regulation services. Highview Power chief executive Gareth Brett explains that LAES can already be used to help balance the load on the grid by storing energy at times when demand is low and releasing it at times when demand is high. “As an objective, there is nothing wrong with trying to improve the overall load factor of the system. That means more efficient use of assets.” The LAES technology can also help to provide inertia on the grid by discharging small amounts of power as a frequency response service, helping to make the grid more resilient, Brett says.

But Highview hopes that its technology will one day be doing much more than this in Britain, and overseas. It has the potential to be scaled up by hundreds of megawatts. Future LAES plant may be located on a footprint of about 4,000m2 next to a large solar or wind farm with the potential to power more than 100,000 homes – a town such as Bury – for many days. “The next project we are looking at would have 50MW of instantaneous discharge capability, with about 250Mwh, or five hours, of storage,” says Brett.

The system is scalable, then, but it is also intended to be relatively low cost and straightforward to maintain. Brett explains: “It is electro-mechanical, and uses refrigerators, tanks, expansion turbines, pumps and heat exchangers that have a lifetime comparable to our distribution and transmission assets: 30 – 40 years.”

He adds: “It is not a technology that degrades during its usage: it performs the same toward the end of its life as it did at the beginning. In terms of asset management, that’s important. It matches up well with the existing network. We didn’t want to have a ‘black box’ technology, where operators and maintainers wouldn’t know what was going on inside.”

As novel means of energy storage develop on the grid – Highview’s technology is likely to be part of a portfolio of storage technologies such as new batteries, as well as stalwart storage systems such as pumped hydro – networks are also continuing to innovate when it comes to understanding and managing their assets. Scottish and Southern Electricity Networks (SSEN) announced last month that it had entered into a partnership with Williams Advanced Engineering to design a functional specification for a live overhead line inspection robot to be used on SSEN’s high voltage electricity networks.

Stewart Reid, head of DSO and innovation at SSEN, says autonomous robotics have the potential to automate processes now done manually, gather increased levels of data on assets more frequently, and with more precision, and all without interrupting services for customers. “Robotics is a no-brainer in terms of areas we should be exploring,” he tells Network. The robots when built might have a weight of 25 – 30kg and provide a platform for different applications, such as conductor condition testing and even repairs on such systems. Traditionally, these activities would have required a shutdown. “Using a robot, we could be doing these repairs live,” Reid says.

The project is known as Line Inspection by Semi-Autonomous Systems (LISAS) and is being funded by Ofgem’s Network Innovation Allowance. When it comes to fruition, it will be the first time an autonomous robot has been used to inspect electricity networks in the UK. The robot will navigate its own route as it moves from overhead line to overhead line, navigating from steel tower to steel tower, capturing asset data to inform reinforcement and maintenance requirements. It has the potential to provide both much more asset data and new data sets, thanks to the array of samples that could be taken over a long period by a robot, and of a greater granularity than is typically available now, Reid explains.

Autonomous robots would not replace drones in terms of power line inspection, he adds. “Semi-autonomous robots will give us hands-on contact with the system. They also mean you have a bigger weather window in which you can operate. This is really the next level up in terms of autonomous technology. But it will be complementary to drones.”

Ultimately, the more data you have generated by new technologies such as LIDAR scanning and LISAS, the more precise you can be about how to invest in the system, Reid says. “We will be able to be more selective about where we invest, which means savings for customers.

“We will also have much greater visibility in terms of what is going on on the network – and be able to identify weaknesses before they develop into faults.”