The launch of SSEN Transmission's draft business plan includes an ambition to tackle climate change, connect more renewable energy and transport it across the country. Managing director Rob McDonald tells Network editor Alec Peachey how the company is going to achieve this. 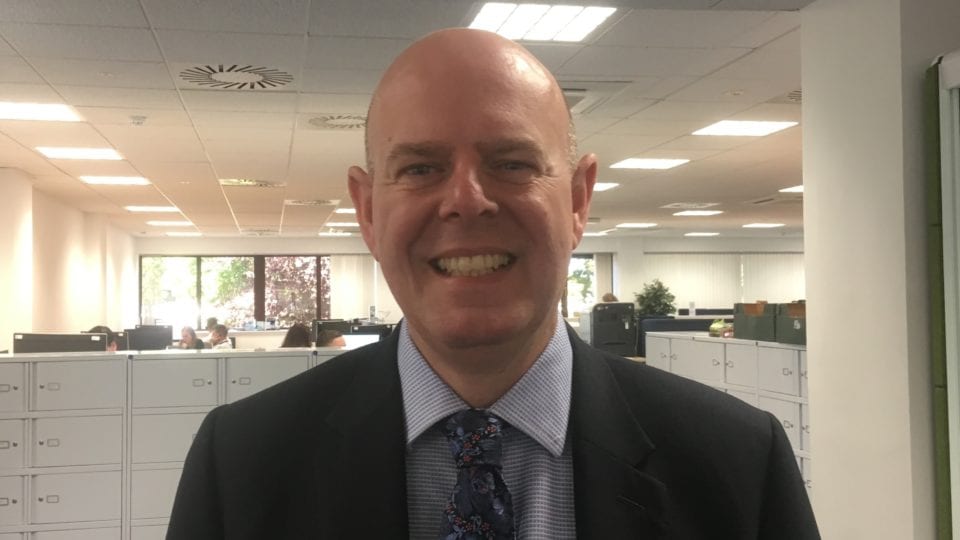 The company has been consulting with stakeholders ahead of submitting a final plan to Ofgem in December as part of its RIIO T2 price control process. As part of Ofgem’s consideration of the final plan, the regulator will consult with stakeholders during 2020 before determining what level of investment should be taken forward from 2021 through to 2026.

In the draft plan, SSEN Transmission’s ‘Certain View’ sets out that a minimum investment of £2.2 billion is required over the five-year period to maintain and grow the north of Scotland transmission network to meet the certain needs of current and future electricity generators and customers. A significant proportion of this investment will take place in the north east, with a focus on accommodating the growth in offshore wind in the area.

Rob McDonald, managing director for SSEN Transmission, said: “It’s a £2.2bn investment programme that will result in us connecting at least another 6GW of renewable generation, doubling the existing capacity. The central proposition of the plan is five clear goals for the five years which we think reflect the feedback we’ve had from a wide-ranging stakeholder engagement exercise.” The five goals are as follows:

McDonald continued:”We think that we’ve submitted to Ofgem a very ambitious plan to develop, own, operate and maintain a network for net zero. It’s a plan that will really contribute to decarbonisation while  keeping bills as low as possible.”

He told Network: “The commitment to net zero is a fantastic piece of leadership from the UK. I think it gives us a clear direction to work to. I think we’re now looking to the governments in Westminster and in Holyrood to spell out a roadmap of exactly how we’re going to get there. I think we’re going to need a clear policy direction. It’s a very ambitious target. I think we can achieve anything if we put our mind to it, but it requires pace and clarity of direction and plans.”

The company anticipates that additional investment will be required to deliver the transition to net zero, but this investment will only be released once there is certainty it is needed – protecting billpayers.

Ofgem recently confirmed plans to almost slash in half the returns that energy networks can make.

The energy regulator ratified its price control methodology for the new RIIO2 framework, which covers the electricity and gas transmission networks together with gas distribution.

If applying the agreed methodology today, Ofgem would set the allowed baseline return on equity at 4.3% (CPIH) in a cost of equity range of 4% to 5.6% – almost 50% lower than under the previous price control (RIIO1) and the lowest ever capital rate for energy network companies.

McDonald admits that as things stand this would be a challenging settlement for SSEN Transmission.

“Our view is that Ofgem’s proposals don’t strike the right balance between keeping bills as low as possible versus the risk and need to incentivise investment in the system,” he remarked. “We don’t think the current proposals have got that balance right. We’ve been very clear in encouraging Ofgem to focus on two areas.

“Firstly, we think the allowed returns are out of step with the market evidence and don’t strike the right balance. Secondly, we think that incentive regulation has produced substantial benefits to customers. We worry that is being watered down in the proposals and have asked Ofgem to rethink on that. I think there’s quite a way to go during the RIIO process. We’re at least a year or 18 months away from seeing a final decision so I think there’s plenty of discussion to be had before we reach a conclusion.”

So how much additional investment will be needed to deliver the transition to net zero?

“We’ve got about £1bn left of additional onshore investment that we could see potentially being brought forward as we move towards net zero. We’ve not included it in the certain view as it hasn’t been triggered yet,” notes McDonald. “It could easily be triggered in T2 or beyond.”

To deliver its plans, SSEN Transmission estimates its average cost to the GB consumer over the RIIO-T2 period will be around £7 a year.

SSEN Transmission is part of Scottish and Southern Electricity Networks, operating as Scottish Hydro Electric Transmission plc under licence. The firm is responsible for maintaining and investing in the electricity transmission network in the north of Scotland.

The company own and maintain the 132kV, 275kV and 400kV electricity transmission network in its licence area. The network comprises of underground cables, overhead wooden poles, steel towers and electricity substations, and it extends over a quarter of the UK land mass across some of its most challenging terrain.

SSEN Transmission’s operating area is home to vast renewable energy resources and this is being exploited by wind, hydro and marine generation. Working closely with National Grid, the GB transmission System Operator, the company enable these electricity generators to connect to the transmission system by providing their connections and allowing the electricity generated by them to be transported to areas of demand across the country.

“We’ve seen phenomenal growth in renewable energy in the north of Scotland,” comments McDonald. “We’ve gone from roughly 3GW of renewable energy at the start of T1 to about 6GW today. If we deliver the certain view, we’ll see it double again.”

Talking about the area covered by SSEN Transmission, McDonald added: “We have a very difficult terrain. We cover about a quarter of the UK’s landmass with three per cent of the population centred in four main population centres in our patch. That leads to some pretty unique challenges. This year we’ve experienced some severe weather and wildfires in remote parts of our territories as well as winter conditions. Some of the Highlands can get very extreme. The network has seen huge growth, but there are large parts that need refurbishment that have not been affected by that growth.”

Despite the challenges around meeting net zero, McDonald is confident that SSEN Transmission is in a strong position.

The company has been engaging with stakeholders and is encouraging all those with an interest in the future of the north of Scotland transmission system and the transition to net zero to respond to its consultation.

“We’ve had extensive engagement with a wide range of parties including consumer groups. We’ve got our own user group that’s very representative of the communities we serve. The most important message we got was that they wanted a business plan that demonstrated ambition. We were encouraged to be bold and I’ve heard the word ambition used time and time again in all of our engagement.”

For SSEN Transmission, turning ambition into action will now be key.