Current operational telecoms systems are not fit for a distribution system operator future. Here are the key outcomes of a Network debate, hosted in association with Nokia and Joint Radio Company (JRC). 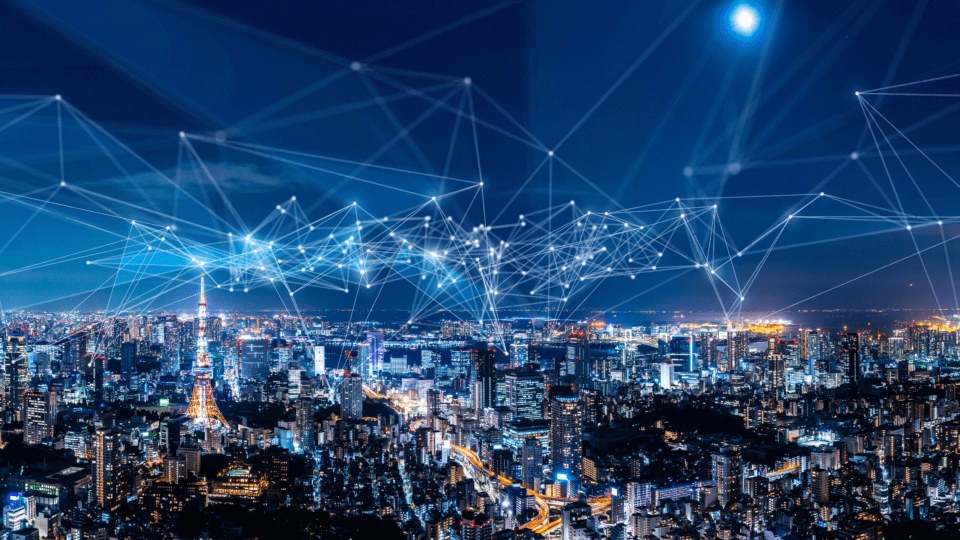 Let’s cut to the chase. If we care about mitigating climate change, we need to release radio spectrum to enable the emergence of a smart, flexible, decentralised power grid. This was the clear-cut message that emerged from a meeting of senior industry experts and regulators in the House of Commons.

The creation of a smart, decentralised power system is a central cog in the UK’s response to the ultimate threat of climate change. A grid that can embrace a diverse range of renewable generation technologies, along with energy storage, that can support dynamic electric vehicle charging, low-carbon heating technologies and facilitate energy flexibility markets, is essential to unlock a new phase of emissions reduction in the UK.

There is an urgent need to access this seam of low-carbon potential. In early May, the Committee on Climate Change (CCC) published a report emphasising the need to set a national net-zero emissions target for greenhouse gases by 2050 to honour the UK’s commitments in the Paris Agreement.

The report came on the back of fresh warnings from the Intergovernmental Panel on Climate Change about the imminent potential for irreversible global biodiversity damage due to global warming, and amid a swell in public demand for climate action, demonstrated by Extinction Rebellion and the Youth Strike 4 Climate.

The UK’s energy networks are ready and willing to rise to the challenge laid down by the CCC, and at a transmission level, National Grid has already demonstrated that it is capable of operating a dynamic system that can utilise distributed low-carbon resources. As Network’s House of Commons event took place, National Grid was celebrating its first full week since 1882 of operating the grid without the use of coal-fired generation. The ability to buy balancing services from distributed system participants was core to this achievement.

But the full potential of a low-carbon electricity grid will not be realised until distribution operators can also facilitate dynamic system balancing at a local level. Plans to transition distribution network operation to local system operation are well underway. But, as participants in Network’s debate made clear, they will not be possible without significant changes to existing operational telecommunications infrastructure, which was designed only to support remote operation of network-owned assets.

Future distribution system operators (DSOs) will need to support fast and resilient communication with millions of connected smart energy devices and distributed energy resources at the grid edge, as well as an increasingly intelligent “final mile” of distribution infrastructure. This volume and diversity of connectivity cannot be delivered using the bandwidth provided by legacy telemetry networks.

Instead, a new suite of smart telecommunications options will be needed. Debate participants were adamant that this must include access to dedicated radio spectrum – ideally in a “sweet spot” bandwidth of around 400MHz, which offers technical and economic benefits.

Securing this frequency range for utilities usage is eminently possible, but requires clearance from the telecommunications regulator Ofcom, which must prioritise spectrum demands from a number of competing interest groups.

Encouragingly, Ofcom has already signalled that it recognises the need to enable smart grids and is in the early stages of a joint project with Ofgem to review available and practical options for a dedicated smart utilities spectrum. However, the timeline and scope for this project are currently unclear and there is industry concern that it will not deliver the required spectrum allocation in time to enable DSO strategies to move forward in RIIO2. A hamstrung DSO agenda has clear and worrying implications for the UK’s ability to deliver its 2050 net-zero emissions ambition.

To accelerate a decision on utilities spectrum allocation, industry representatives encouraged regulators and policymakers to take note of international examples where this path has already been trod, for example in Ireland, where the telecoms regulator ComReg recently responded to requests for allocation of a (nationally under-utilised) 400MHz spectrum band for smart metering and smart grid innovation.

With such examples to look to, there is a tangible opportunity for the UK to nimbly deliver the policy and regulatory interventions needed for a thriving low-carbon future. As Network’s House of Commons debate closed, industry participants looked hopefully to the conclusions of the Science and Technology Select Committee’s inquiry into technologies for meeting clean growth emissions reduction targets for a demonstration of government understanding and support on this important enabling issue for smart, decarbonised utilities.

A number of smart network operation requirements could be met by spectrum allocation.

There has recently been a flurry of national interest and controversy around the impending rollout of 5G communications in the UK. This development is clearly relevant and important for the UK’s smart energy future. However, it’s important to understand that the arrival of 5G will not be a panacea to the current obstacles with operational telecommunications modernisation. Indeed, most of the communications capability inherent in 5G technology exists today and will develop as a continuum.

This is important in the light of current industry debate concerning the immediate need for spectrum allocation for smart grid operations. Releasing spectrum today in the UHF band would not be an interim measure only to be ripped out and replaced once 5G enablement arrives.

Spectrum enablement with suitable UHF alignment in systems such as 4G LTE will be embraced and enhanced by 5G, not displaced.

Consider, for example, the following five important and urgent smart network operation requirements – all of which would be immediately enabled by the release of suitable spectrum for smart grid applications and enhanced in the 5G aspirations.

In conclusion, enabling spectrum for grid automation today would be a small step that would create a tipping point for the innovation and smart capability that all licensed network operators are currently seeking. Waiting for an organic evolution in operational telecoms technology to provide this tipping point is not an option. We cannot be seen as a laggard on the world smart grid telecoms arena.

No smart grid without smart telecoms

Access to additional radio spectrum is vital to the UK’s energy neworks.

There is an immediate priority for the UK’s energy networks to secure long-term access to additional radio spectrum and enable the data-rich operational telecommunications systems needed for smart grid functionality.

This is essential to facilitate the transition from distribution network operation to distribution system operation at a local level and to support the growth of a smart, low-carbon power system.

In addition, it could bring even greater decarbonisation benefits to the UK by allowing more granular monitoring and control of the gas network, which will also encounter operational telecommunications challenges as the number of injection points and the range of gas products (with varying thermal properties) increase over time.

To deliver the many benefits associated with the creation of smart energy networks, operators must work closely with government and the relevant regulators to ensure the appropriate policy frameworks and investment regimes are in place to enable the deployment of this enhanced operational telecoms capability. Without the appropriate policy interventions, the much-anticipated benefits of a thriving low-carbon economy will not be realised.

This close working between industry, government and policy­makers must establish a clear understanding of smart energy utilities’ specific requirements for their future operational tele­coms solutions. For example, the wide geographic distribution of the energy networks assets, alongside the need to access remote fixed assets reliably and consistently – typically using low-power equipment – means that spectrum allocation in the ultra high frequency (UHF) band [300MHz to 3GHz] is preferable.

Furthermore, spectrum in this UHF band would be the most cost-effective choice for smart grid applications, because today’s network operators already have existing assets making use of this frequency range.

Alongside the efforts of government and regulators to deliver the spectrum access smart utilities need, it is also important that energy network operators play their part by working together to establish a standardised approach to technology deployment and operations, which can allow the benefits of enhanced telecommunications capabilities to be applied to the whole UK energy system in an efficient and cost-effective manner.

Fundamentally, you cannot have smart networks without enhanced communications capability.