SSEN Transmission, responsible for the north of Scotland electricity transmission system, has submitted its RIIO-T2 business plan to energy regulator Ofgem, with a plan to invest £2.4bn. 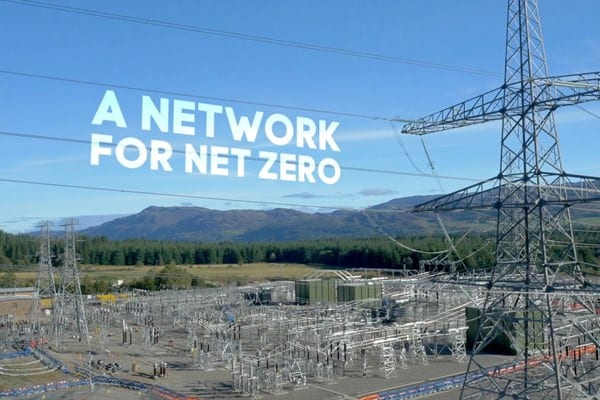 That represent 12.5% less than the £2.7bn invested under RIIO-T1, with SSEN acknowledging that more may be needed to maintain SSEn on a net-zero pathway.

“A Network for Net Zero” was drawn up following consultation with national and local stakeholders, and submitted on 9 December, the deadline set by Ofgem.

Of the £2.4bn total, £927m would be used to replace or upgrade existing assets, £891m would be invested in new capacity to enable the decarbonisation of the power grid and £330m would be spent to maintain the security of supplies.

The current price controls for gas and electricity transmission, known as RIIO-T1 and RIIO-GD1 ends on 31 March 2021.

We believe our business plan represents a balanced package that makes a powerful case for the vital investment needed to deliver a pathway net zero.

SSEN Transmission has set out how it will support both the UK and Scottish governments’ net zero emissions targets, as well as meeting stakeholders’ aspirations, in five goals:

The business plan sets making the case for a minimum expenditure of £2.4bn over the RIIO-T2 period.

This investment will be needed to update the north of Scotland’s transmission network to meet the needs of current and future electricity generators and customers, the report says.

According to the business plan, additional investment will be required to deliver SSEN Transmission’s full transition to net zero.

However, it is anticipated that this investment will only be released once there is certainty that it is needed, a stance that SSEN says will protect billpayers.

SSEN Transmission has also set itself a goal to reduce its own greenhouse gas emissions by one third.

This will be achieved by switching the gases used in its network infrastructure, and decarbonising its transport fleet.

Commenting on the business plan, Rob McDonald, managing director for SSEN Transmission, said: “With our network region home to some of the UK’s greatest resources of renewable energy we have a critical role to play in the fight to prevent the worst effects of climate change, connecting up more renewable energy and transporting it across the country.

“We believe our business plan represents a balanced package that makes a powerful case for the vital investment needed to deliver a pathway net zero.  It will also lead to improved network reliability, at an affordable cost to consumers, whilst also providing a fair return to investors.

“We would like to thank all our stakeholders who helped shape our plan and we now look forward to Ofgem’s consultation on our final business plan and the subsequent open hearings, which are expected to take place in the first half of 2020.”

To deliver its plans, SSEN Transmission estimates that the average cost to the GB consumer over the RIIO-T2 period will be around £7 a year.

The regulator will now carry out further consultations in 2020 before fixing the required level of investment from 2021 to 2026.

Under the RIIO-T1 price control period, which began in April 2013, SSEN Transmission says that it has invested over £2.7bn in the north of Scotland transmission system.

It also reports that it has supported the growth of renewable energy across the region from 3.3GW to over 6GW as at 31 March 2019.