Steel yourself for some tough decisions in the next five to ten years says Duncan Botting as concludes a series of articles on smart energy dynamics. 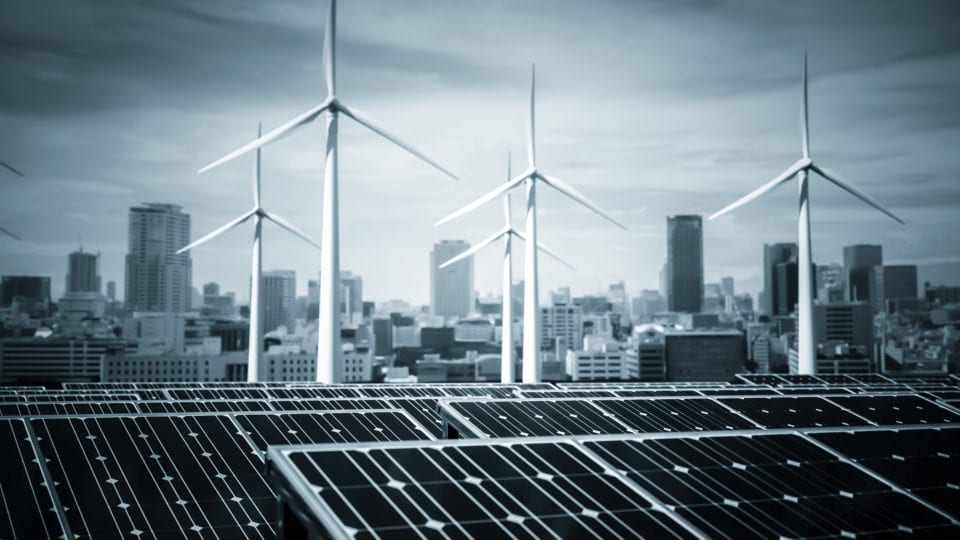 In my previous articles in this magazine the key issues that surround whole energy systems analysis and operation in the 21st century have been discussed.

We’ve considered how the challenges of communicating between different disciplines, technology providers and societal groups is compounded by a lack of understanding about the art of the possible for system operation. Meanwhile, on the opposite end of the scale, we’ve recongised the comfort of familiarity and the temptation to remain wedded to how things have been done before.

However, to paraphrase Einstein; if you always do what you’ve always done you’ll always get the same result. So, in this concluding article on smart energy dynamics, consideration is given to the hard choices we need to take in the next five to ten years to redefine our energy system for generations to come.

Let’s consider the environment. We’ve got changes and challenges to generation types. Some would like government to define a future mix of generation in the name of increased certainty, others argue that the market will deliver its own mix based on lowest cost options. Neither approach has so far won-out and in a post-EU referendum world, with a review of the Hinckley Point C deal, massive deployment of solar in the West Country and the capacity market auctions delivering high levels of fossil fuel solutions, the way ahead is still very unclear.

“Do we need a centrally planned and controlled network for secure, affordable – whatever that means – and sustainable electricity delivery?”

This has implications for power network planning.  At a transmission level, National Grid has lumped for demand control (or Demand Side Response) solutions as a coping strategy. This is a departure simply managing large generation and as more coal-fired and nuclear generation comes off the system and intermittent and un-dispatchable sources grow, the loss of system inertia means it’s a strategy which will be strenuously tested.

Distribution is arguably the area of the system that is changing fastest. Here we have seen innovation efforts, supported with regulated funds, to explore the opportunities and challenges that a changing system offers for distribution operators – of both gas and electricity networks.

But the ability of this work to provide certainty about the future of distribution operations is complicated by the rise of new stakeholders. These new players are small in size but not in number and they will have a dramatic impact on the power system going forward. Yet, today they remain outside the energy system planning, innovation and delivery system where they can avoid bring solutions to market for consumers without engaging with cumbersome, slow moving legislation and regulation and without the irritation of economic levers which are largely irrelevant to them.

So, what are our options in this patch-work environment of change? Do we need a centrally planned and controlled network for secure, affordable – whatever that means – and sustainable electricity delivery? Or are we headed for a world dominated by off-grid communities which rely on the grid only as a national battery?

These are the extremes – the actual outcome will likely be a hybrid of these and other new concepts not yet thought of. Also, while I had focussed on electricity in this series of articles, the future is likely to be driven by integrated multi-vector energy solutions.

The evolution of the market for smart phones offers an analogy for our challenge. Before Steve Jobs, everyone assumed that you needed a camera, an mp3 player, a phone and a PDA. The thought these could exist in one policy framework and that those who played by its rules could offer apps and make money from using all these devices integrated into one platform, was a pipe dream. In much the same way, we expect the only way we can receive the services we might desire is if our current market structure will deliver it.

What if there was a new framework? One that allowed market players from all parts of the system, big or small, demand side or supply side (terms that will become redundant), to offer the services we desire. It is likely that the power system equivalent of the app explosion would happen. Some would win, some would lose. But the key aspect is that the framework would be robust enough to be safe, secure and agile to meet market requirements.

Guaranteeing this framework’s robustness would almost certainly require an architect role – an idea which was the genesis of the Future Power Systems Architecture project. We imagined not a central planner, but a group that looked after our new framework while letting market participants deliver and government to be a guiding light.