SGN is the company behind a Robotic Roadwork and Excavation System (RRES) which was awarded £6.3 million of funding from Ofgem's Network Innovation Competition (NIC) in November last year. Alec Peachey caught up with Ollie Machan, innovation and new technology project manager, to find out more. 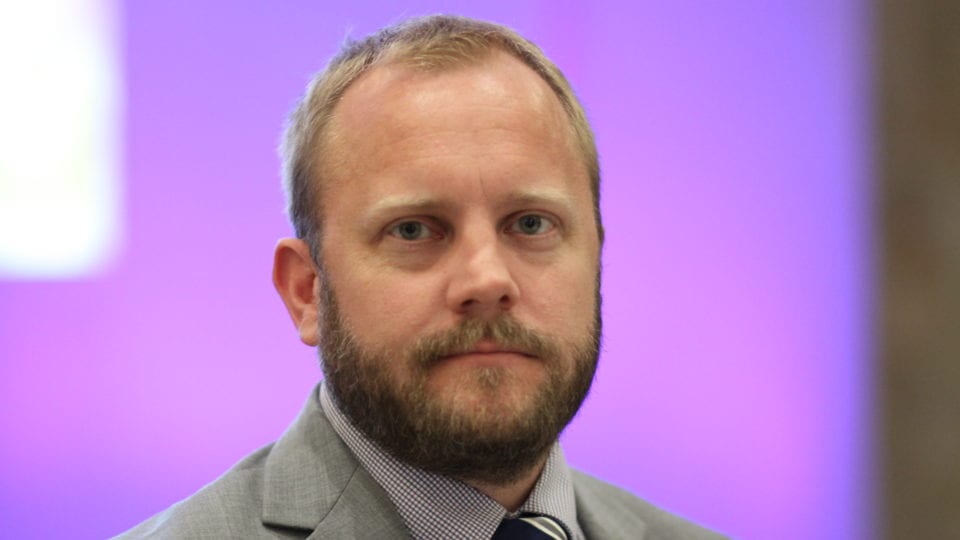 When asked to give advice to anyone thinking of applying for NIC funding, Ollie Machan has plenty.

“It sounds obvious but read and understand the governance. Make sure you’ve got a clear problem definition and that you’re proposing sound industry changing innovation, not pushing at invention,” he tells Network. “If it feels like a sales pitch, or like Dragons’ Den then you’re probably on the wrong track – you want to be confidently explaining how you’ve de-risked a major advancement that you’re fully up to speed with. Moon shots are fine, but it’s all about the implementable outputs – be ready to explain to any customer why their investment in the project would prove worthwhile to them.”

This is exactly what helped SGN, the company responsible for managing the network that distributes natural and green gas to 5.9 million homes and businesses across Scotland and the south of England, secure £6.3m of funding.

“We were thrilled to be awarded the full funding, the culmination of two plus years of team effort along with a busy summer during the bidding process and which builds on our three previous successful NIC bids,” remarked Machan.

He continued: “The NIC mechanism is structured and well documented with a fairly fixed governance process. Once you’ve found something you want to take forward it’s worth making sure that you have enough evidence and documentation to support the bid. If the idea has come through NIA, which they often do, then you’ll probably have matured the concept to a point that the NIC funding is needed. The initial screening proforma (or ISP) is the first opportunity to register your intention to submit a bid proposal for that year, usually in March. It’s a high-level concept brief that gives Ofgem the opportunity to check the bid will conform to the NIC funding criteria. Once the ISP is accepted, it’s time to gather all the evidence you have and put it together for the full submission.”

The RRES will be used to safely and effectively excavate on both distribution and local transmission system pipelines, and then carry out operations on that infrastructure. It will combine sensing, machine vision and precision robotics with artificial intelligence, all of which means the system should be able to function on its own until it has completed its work.

According to Machan, the system could be utilised by other utilities. “A key feature of RRES is that we’re demonstrating technologies that could in future be utilised beyond the gas network, by other utilities. The robotic and AI technologies we’re going to be trialling on a small scale now could be further developed and adapted for use by the electricity and water industry in future for example.”

So what benefits does the system bring from both an economic, environmental and technological perspective?

“From a consumer perspective, benefits of £26.08m are forecast over the RIIO-GD2 period. With regard to social and environmental cost savings, the implementation of RRES is forecast to deliver benefits of some £360m by 2030, compared with £80.2m of direct/indirect savings to gas network users and consumers,” comments Machan.

“RRES offers a range of advantages over current excavation methods. For example, although the introduction of core and vac has greatly improved roadworks efficiency, it has limited use where utilities are congested or where the road/path surfaces are not within specification. Using its sensors and soft touch tooling, RRES will operate in a much wider range of scenarios allowing unhindered infrastructure access, so once you start an operation you can finish it rather than having to revert to conventional means or move location. When compared to traditional manual excavation the RRES particularly offers both environmental and safety advantages, removing the operative from the excavation site and eliminating ‘cable strikes’ for instance, which despite the term, can be the operative uncovering a cable already in poor condition or at fault, not them striking it.”

Machan believes that Ofgem’s NIC funding and its RIIO initiative have both played a key role in helping to drive innovation across the gas and electricity networks.

He stated: “The NIC funding allows us to think much bigger in terms of introducing industry level change, complementing the NIA mechanism that facilitates a network portfolio of projects delivering business level benefits across all our activities. Without the NIC mechanism, it’s quite hard to imagine how a GDN/DNO could attempt change on this scale.

“I think it’s fair to say that Ofgem’s RIIO initiative has been critical in stimulating R&D activities in the networks. It was an inspired bit of thinking. We appear to be at a point of transitioning from an industry that was being pulled to adopt modern technology and methods to one that is actively pushing the boundaries in some technology areas. Innovation can then start to shape network strategy. When network investments being proposed come with a sound business case showing how financially, a bit of new thinking can beat the existing base method, then everybody wins.”

Collaboration between gas and electricity network operators is something that’s already happening and is welcomed by Machan.

“When we submitted RRES as an NIC bid, we did so with broad cross-utility support. The development of an open source tooling methodology hopefully means RRES will quickly expand on its range of operational functions from those initially available to things like electricity cable splicing and repair and water main leak detection and repair.”

The RRES project will start in April and will run for three years.