The UK's 2050 net zero emissions commitment has added urgency to calls for a review of the allocation of decarbonisation costs. Jane Gray reports on a recent Network debate event, hosted in association with National Grid. 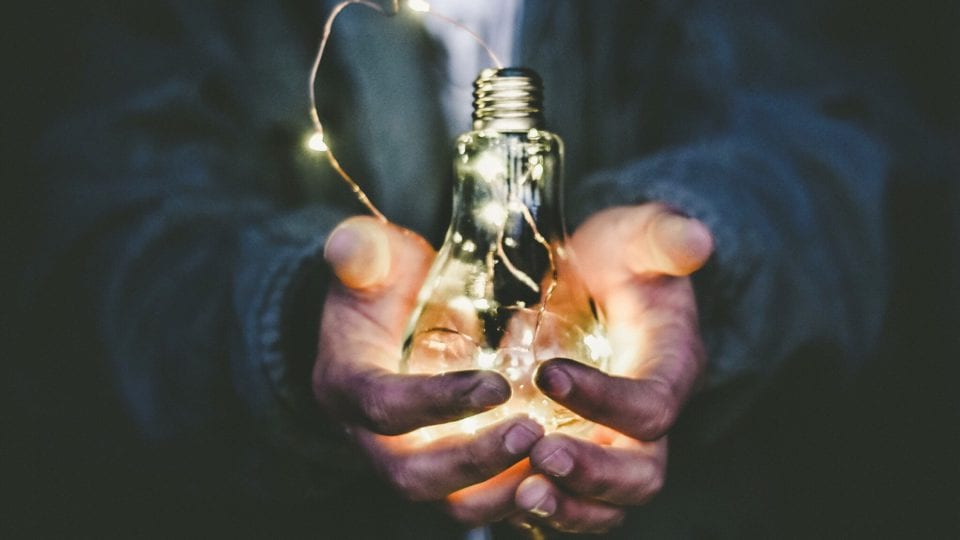 In the wake of the UK’s landmark commitment in 2019 to achieving net zero emissions by 2050, heated debate has been stimulated over the best and fairest ways to fund the shift.

The issues encompassed in this challenge are complex and impact a broad range of stakeholders, from individual consumers and communities, to business and industrial energy users and of course utilities, including the UK’s regulated energy networks.

It was therefore in anticipation of a dynamic and wide-ranging discussion that Network, in association with National Grid, brought together a roundtable debate in late 2019, focused on advancing the debate around how to pay for the UK’s net zero ambition.

The roundtable event included participation from senior network leaders, industrial energy users, academics, environmental NGOs, energy efficiency advocates and regulatory experts. And it did not disappoint in terms of the breadth of discussion.

Participants raised considerations including the urgent need for clarity on low carbon heat pathways before decarbonisation policy costs can be effectively allocated. They touched on the need to reinvent business models for energy retail so that energy efficiency services can proactively drive down demand and reduce the overall net zero price tag. And they explored the interaction between successful decarbonisation cost allocations and the challenge of building better public trust in both government and industry as positive agents for action against climate change – the current inadequacies inherent in loading low carbon policy costs onto bills in a way which disproportionately impacts low income households was a key issue here.

A gamut of other concerns, from the increasing appetite for energy self-reliance among industrial and commercial energy users and the need to promote investment in biodiversity as part of the net zero agenda also featured in our conversation.

Arguably the most controversial issue raised during the debate was Ofgem’s current approach to balancing the interests of current and future customers, and the way in which this is influencing its design of network price control frameworks. One senior network industry leader at the event said they found it “unacceptable” that the regulator has “dodged this question for a long time”. They said the regulator had failed to act quickly to adapt its regulatory measures to take into account the legally binding nature of the net zero commitment and the way this should have shifted its focus on driving down short to medium-term energy system costs for consumers.

“That hesitation in assuming a policy baseline which is set against achieving the [net zero] target is hugely damaging in lots of small ways,” they insisted.

Other industry representatives seconded these comments, reiterating previous calls for an update to Ofgem’s remit so that it includes a specific duty to support decarbonisation. Regulatory experts at the debate pushed back on some of these points however, stating that it is “superficial” and “glib” to expect a new duty on the regulator to significantly change its position on the need to balance current and future consumer interests. They emphasised that sustainability and the environment already sit at the heart of Ofgem’s approach to executing its duties.

One expert added: “Also, net zero is legally binding and there is absolutely no question that the regulator has to take its decisions within the legal framework in which it is set. “I don’t think another duty is the issue here. The issue is how do you trade off the interests of current consumers against the interests of future consumers. Because when you make these kinds of big transformational investments, inevitably you will raise charges in the short to medium term, hopefully for the benefit of a future generation of consumers. But, that is a difficult question because it is not obvious that loading extra costs on people that are already struggling to pay their fuel bills is particularly fair.”

Despite these disagreements however, there was broad consensus that the regulator is moving to rebalance its historical focus on short to medium term cost pressures on consumers with an appreciation of longer-term system transformation needs, and that this is a good thing. Some examples of this were pointed to in the regulator’s consideration of a National Grid proposal for a rapid EV charging network – regulatory experts explained that previously this would have been considered beyond Ofgem’s remit to support and would have been pushed back to government. Furthermore, it was revealed, Ofgem is taking advice from the Committee on Climate Change about the extent to which it should allow for “oversizing” of networks today in advance of anticipated EV and electrified heat demands.

The regulator is “absolutely open to this idea” according to those in the know, albeit with due consideration the fact that new technologies may arise soon which mitigate the need for oversizing.

It’s likely that 2020 will bring further insight and debate around this direction of travel in networks regulation. The year is set to be a critical one in terms of RIIO2 business plan development at the DNOs and settlement decisions for the transmission networks, electricity system operator and GDNs.

As discussion at this roundtable highlighted, these price control milestones must not progress in isolation and without regard to parallel developments in climate change policy and innovation. Our event signalled some significant anticipation of the outcomes of a Treasury review of decarbonisation costs, including the way in which these are distributed across households, taxpayers and businesses. Furthermore, subsequent to our event, statements following the Conservative general election win have made it clear that the 2020 Budget statement will include a strong focus on mobilising investment in low carbon technologies and infrastructure. And Network also understands that there are plans for a significant new industry initiative this year to explore ways of “recosting” energy in order to deliver net zero.

This work will be led by former MP Laura Sandys – now director of consultancy Challenging Ideas – who also spearheaded the high-profile Energy Data Taskforce in 2018-19.

Network leaders will be watching to see how these developments should shape their own innovation and investment plans for a net zero future. They will also be on the alert to see how they are received by a regulator which has already acknowledged a need to build greater flexibility into its toolkit in order to accommodate fast paced technology change and support an agile response to the threat of climate change.

How do we decarbonise fairly?

It was a privilege to sponsor this roundtable, and to hear the differing views from a wealth of experts on delivering decarbonisation for our industry in the fairest way.

There are so many new technological changes taking shape in the energy system today, ranging from peer-to-peer energy trading, electric vehicle charging, and ambitions to deploy hydrogen in the gas network to name but a few. These areas are developing fast, but there’s still a lot of uncertainty over which technologies and business models will prove most competitive and offer the best solutions.

So, the big question for me is, if we aren’t sure what’s going to happen in the future – how do we incentivise the right innovation and investment for tomorrow while keeping energy bills affordable today?

As we transition to a new energy model and a net zero future, we know that we need a system that is fl exible, reliable and cost effective. To achieve this we need to have the agility in our regulatory framework, and in the broader energy landscape so that we can make investments that continue to deliver for consumers now and into the years to come.

To meet the needs of the future, including the 2050 net zero commitment, it is important the right mechanisms and models are in place for networks. For example, the Low Carbon Vehicle Partnership, having brought together key players in the energy, infrastructure and transport sectors, made proposals in January to ensure that the GB energy system is able to accelerate the mass take-up of electric vehicles (EVs). This partnership expects EVs to become the norm on Britain’s roads within this decade.

This entails a significant challenge – and opportunity for networks. Mass EV take-up will require the coordination of energy and transport planning to ensure we have the right infrastructure in the right place at the right time.

So how do we do that while balancing anticipatory against unnecessary cost to consumers?

And while solutions for electric vehicles are more advanced, the decarbonisation process will certainly raise more unexpected technical and operational challenges for networks as new low carbon technology solutions develop in years to come. It is therefore important that funding frameworks enable necessary and diverse innovation projects to be undertaken by networks with a broad range of innovation partners.

In order to drive the right solutions, we need more coordination across the energy landscape from local authorities, government policy, transport, heat and energy. This will also require a progressive regulatory framework and a balance of risk and reward to attract the right investment. The next price control is crucial to making certain that we start on the right foot in delivering a cleaner greener Britain that is affordable.