Ofgem has warned energy networks to "prepare for tougher price controls", saying there is "strong evidence" that their investors are willing to accept lower returns. 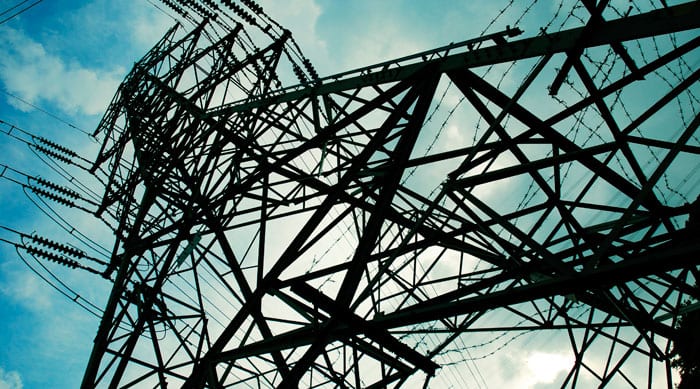 The regulator has taken the “first steps” towards setting the price controls for the second chapter of RIIO by inviting stakeholders to give their views on how the framework should be changed.

“Ofgem is working to ensure that customers pay no more than they need to for energy networks while still benefiting from improvements in reliability and service,” said senior partner for networks Jonathan Brearley.

“That is why in launching the new round of price controls, we are looking at what lessons we can learn to improve further the RIIO framework for consumers.

“Our stable regulatory regime appeals to investors. We believe current market evidence suggests that they may be willing to accept lower returns for regulated assets. Setting tougher controls will ensure that Britain’s energy networks deliver even better value for customers.”

Ofgem said the second period of the RIIO price controls, which will begin in 2021 for transmission and gas distribution and 2023 for electricity distribution, will also need to be more adaptable to deal with the increased uncertainty and growing pace change in the sector.

In an open letter to stakeholders, Brearley outlined a long list of areas in which the regulator is considering reforms.

He promised to explore ways of giving a “stronger voice” to end-consumers “not just in setting the price controls but also throughout the price control period”. He said network costs should be “genuinely reflective of their willingness to pay for services”.

Cost of capital has been a “key component” of network returns, Brearley explained, and Ofgem will seek to ensure it “reflects the risks they face and remains in line with prevailing market conditions”.

The current market environment has “diverged significantly” from the projections at the time the cost of capital was determined for the current RIIO period. At the same time, investors have also been willing to buy regulated assets at “high premia”, suggesting a willingness to accept “considerably lower” yields than they currently receive.

Ofgem will review both the parameters which determine their assessment of the cost of capital and the methodology for keeping it aligned with market conditions.

Brearley accepted that Ofgem could improve the way in which it evaluates networks’ business plans when setting their spending allowances. He said the regulator wants to lay out expectations “up front” about the economic and efficient costs of running networks based on previous price control data and other benchmarking.

“This would allow us to take an independent view of the likely costs the network company could incur. It would then be the network companies’ responsibility, through their business plans, to justify deviation away from this expectation.”

Ofgem will attempt to simplify the settlement process, possibly by introducing a common methodology for business plans. It will examine whether the information quality incentive and the offer of fast-tracking has been effective at encouraging networks to submit accurate costs. Speaking to Network’s sister title Utility Week recently, Helen Poulter from the Exeter Energy Policy Group claimed the current process has allowed electricity distribution networks to “game the system”.

The definition of the RIIO outputs will be clarified to avoid ambiguity and the delivery incentives will be reassessed to ensure they provide sufficient rewards and penalties.

The regulator will additionally consider whether the settlement periods should be aligned to encourage whole-system thinking and solutions – electricity transmission and distribution in particular – and whether the length of the price controls should be shortened to reflect greater uncertainty over the future.

Ofgem is already consulting on plans to legally separate the system operator role from National Grid and intends to introduce a new corresponding regulatory framework from April 2018.

Brearley said the regulator will look at ways of financing and incentivising the system operator going forward, including whether to establish a separate price control under the RIIO framework. He said there must be clarity on how the networks and system operator should interact and that incentives will need to be aligned to bring down whole-system costs.

The announcement comes on the same day that Citizens Advice published research indicating that energy networks are set to pocket £7.5 billion in “unjustified profits” over the current RIIO period. The report raised many of the same issues as Brearley’s letter.

Citizens Advice director of energy Victoria MacGregor welcomed the commitment to get tougher on network costs as “good news for consumers”.

“Ofgem is right to recognise the need to stop consumers overpaying by setting a lower cost of capital that properly reflects how risky these businesses are for investors, as well as the actual cost of debt”, she said.

“However, it shouldn’t just be a case of reducing costs in the future – energy networks can help consumers now by providing a rebate on their bills to account for the unjustified profits.  If they don’t do it off their own back the government should consider stepping in.”

The deadline for responses is 4 September. The feedback will be used to inform a consultation on the structure of the RIIO framework which will be published in the first quarter of 2018.