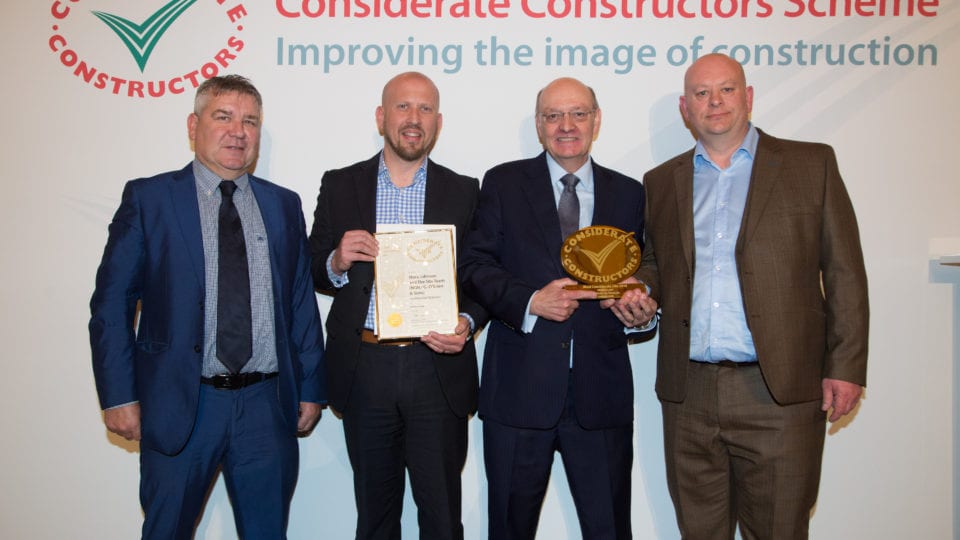 The gas distributor scooped the award, at an awards ceremony in London, for its handling of the demolition of a gas holder on Minton Lane, North Shields believed to have been built in 1906.

The judges awarded NGN the award for the care and dedication it showed towards the local community acknowledging the gas holder’s unique historic significance.

Keen to preserve its past before demolition, NGN colleagues held regular meetings with local people and contacted relatives employed at the gas works during World War II. This led to a play being written which chronicled the history of the gas holder. A mural was also created by local school children, leaving a lasting legacy for future generations.

The CSS’s site visitor was full of praise for NGN’s approach noting ‘the site presents an impressive image of the industry and an outstanding example of how a construction site should appear’.

“Competition for these awards is tough and they are not easy to win. So this truly reflects the great work of NGN colleagues to not only make sure we are going above and beyond in terms of construction, but also putting the local community at the heart of our thinking.

“We pride ourselves on being a community focused organisation and it was also such an honour to create something to commemorate this historic gas holder which has been such a well-recognised part of the local skyline.”