As Britain's seeks to decarbonise its energy system, networks arguably face many of the toughest challenges in the sector. 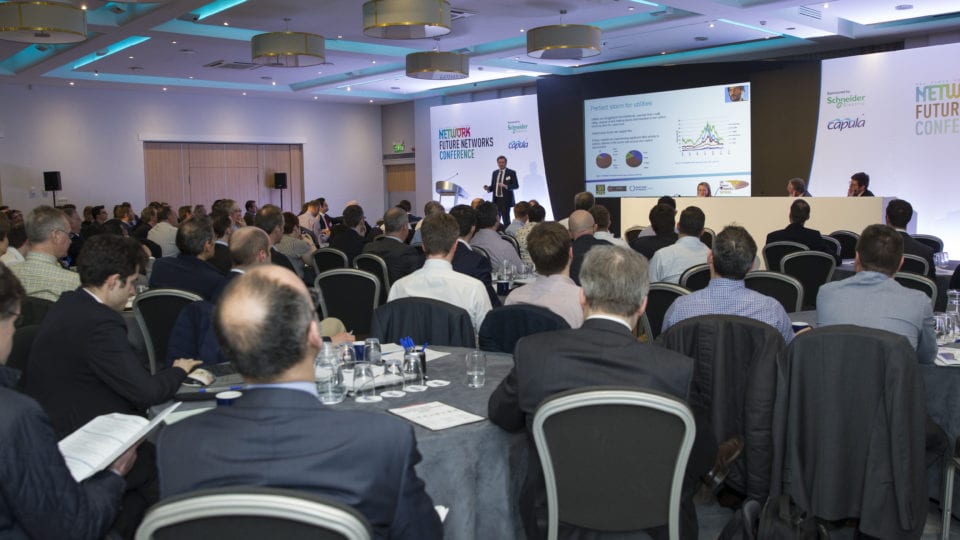 They will need to absorb a rapidly growing volume of intermittent renewable generation located in different parts of the country to the fossil generation it displaces; replace petrol pumps in the age of electric vehicles as consumers start charging their cars at home; and facilitate the decarbonisation of heating in whatever form that eventually takes, whether heat pumps, district heating, or low-carbon gas. This means undergoing a fundamental transformation – becoming smarter, more flexible and more closely integrated.

Geoff Randall, associate partner for RIIO gas networks, Ofgem: “When we stared RIIO we always said that [the NIA and NIC] would be a time limited stimulus. We didn’t want it to become business as usual.”

Colin Taylor, director of engineering services, SP Energy Networks: “I do fundamentally believe that there are a number of technologies, in active network management for example, which are at the stage where we do need some standardisation.”

Paul Bircham, networks strategy and technical services director, Electricity North West: “Liquidity is a real challenge [for local energy markets] because a lot of the constraints we will be looking to manage will be very localised constraints.”

Daniel Westerman, head of network management, National Grid Electricity Transmission: “What happens at the tipping point for the total cost of ownership for consumers using electric vehicles versus internal combustion engines, and whether we have insufficient infrastructure for that transition.”

At the Future Networks Conference in Birmingham, speakers laid out a long list of obstacles which networks will need to overcome in order to achieve this.

Towards the top was the issue of standardisation. The smart technologies which network operators are currently developing and testing will need to be able to work alongside each other when they are eventually deployed in the real world. This means coming up with industry-wide technical standards.

Speakers largely agreed that the setting of common standards should be driven forward by the industry itself in order to avoid the imposition of restrictive rules and regulations by government.

“Actually, we can avoid much of that as an industry just by listening to our customers and users and talking to each other,” said head of network management at National Grid Electricity Transmission, Daniel Westerman. “An industry that talks to itself properly and really makes sure it understands one another’s needs can make it a whole lot simpler”.

However, there was less agreement about how quickly the process should move forward. Westerman said it is still too early to begin setting standards, as to do so now would “overly stifle innovation and limit our ability to change.”

Colin Taylor, director of engineering services at SP Energy Networks, thought otherwise: “I do fundamentally believe that there are a number of technologies, in active network management for example, which are at the stage where we do need some standardisation.

“One of my frustrations is how roll out things at scale when there’s a number of bespoke products – bespoke IT products, sensors – that wouldn’t necessarily work with each other.”

Western Power Distribution future networks manager Roger Hey conceded that of standardisation is a tricky one: “You could do a whole thesis on when is the right time to do that”. Nevertheless, he said discussions were rightly beginning on some “no regrets” options.

Randall said Ofgem is considering cutting back the processes which operators have to go through to access funding, making them “less burdensome and easier to manage”. Over the longer term, he said it also is looking at way to incentivise innovation in the next RIIO period without direct funding so it becomes part of networks’ business as usual.

Beth Chaudhary, head of smart energy policy at the Department for Business, Energy and Industrial Strategy, said government is working to reform an “outdated” regulatory system which can sometimes acts as a barrier to innovative for technologies, for example by ending the double charging of storage.

She said government had an important role to play by helping companies to bridge the “valley of death” between an initial idea and commercial rollout.

SSE head of asset management and innovation Stewart Reid said innovative ideas don’t just face one valley of death but a whole series. He told networks to be bold and to press ahead when faced with obstacles. “Don’t wait for all barriers to be broken down. You don’t have to have every answer at every point.”

He urged them find to work arounds, build up organisational momentum and avoid sitting their comfort zone. “Don’t become an innovation funding addict”, he added. “It’s amazing what you learn when you stop using innovation funding and actually do something for real.”

There was also discussion of the impact of network transformation on customers, especially those who are vulnerable and disengaged which are less likely see the financial benefits from load-shifting.

“We do have to recognise that there will be people who either can’t engage or are unwilling to engage,” said Colin Taylor of SP Energy Networks. He told delegates there will be a “real difficulty” in finding a balance between encouraging flexibility and achieving equitable outcomes.

Beth Chaudhary from BEIS said evidence showed that working in partnership with specialist organisations, for example those in the charity sector, is the “best way” to get through to vulnerable customers. However, on the broader issue, she conceded: “We don’t have an answer yet.”

This refrain was repeated by speakers throughout the conference on a wide range of different issues – from innovation and standardisation to electric vehicles and the future of heat.

Networks face a difficult journey ahead; not only are numerous obstacles to overcome but much of the route remains uncharted.