With National Grid Electricity System Operator (ESO) set to provide a final detailed report on last month's blackout to Ofgem today (6 September), a selection of industry experts provide analysis of what happened and lessons that need to be learnt. 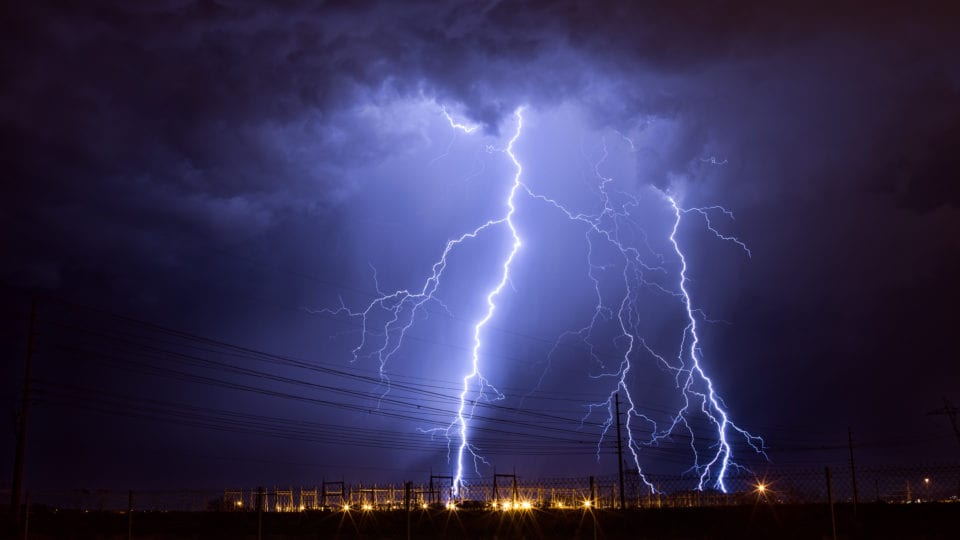 A change in direction

Phil Lawton, power systems practice manager at the Energy Systems Catapult and former future system operation manager at National Grid, looks at the key areas where the system operator and the industry could improve.

Few people can have been surprised that National Grid Electricity System Operator’s interim report into the low frequency incident on 9 August concluded that, in the face of a very unusual event, the networks and their protection systems worked broadly as intended. However, rather more interesting than asking whether today’s rules were followed to the letter, is the question of “could we do better?”

This question can be applied in at least four areas:

There is a developing theme here of new technologies needing to be integrated with the wider power system. However, while “whole system thinking” has become something of a buzzword, the industry is not set up to support or implement it. Code Governance – the process for making and reforming the rules governing how the industry operates – is provided by multiple parties managing a series of codes including the Balancing & Settlement Code, Grid Code, Connection & Use of System Code, Distribution Code and Distribution Connection and Use of System Agreement – the list goes on. Each of these is managed by a bespoke process with different stakeholders/panel members/objectives and little coordination. While the process can deliver incremental changes to one code, it simply cannot support the timely, strategic, sector-wide changes that we will require. The key areas where changes to Code Governance will improve how the network operates, including reducing the chances of a repeat of the 9 August incident, are:

National Grid concluded that the incident was caused by the unusual coincidence of two large plants disconnecting. A change in direction for the power industry might be driven by the coincidence of this low frequency incident and the current BEIS consultation.

A virtual solution to grid flexibility

Simon Daniel, CEO of Moixa, discusses the reasons why the industry must move away from old ways of thinking when it comes to power outages.

The role of back-up power such as frequency response in ensuring the resilience of the electricity system is a key focus of Ofgem’s investigation into the 9 August blackouts. While this is welcome, the regulator should go further and ask if enough is being done to build a truly flexible and responsive system. We need a network that can affordably cope with the UK’s rapidly changing energy demands as we transition to a zero-carbon economy.

We know that Little Barford power station and Hornsea offshore wind farm tripped almost simultaneously, taking more power off the system in an instant than National Grid held in reserve and triggering automatic cuts to more than one million homes – a once in a decade event, we are told.

Of course, grid stability issues do happen. But it’s critical to ensure that the system is flexible enough to cope in the instant an issue occurs. So far, the post-event debate has focused on ‘more of the same’ – procuring greater volumes of reserve power, whether from big grid-connected batteries to gas ‘peaking’ plants.

This is old thinking – looking to large and costly infrastructure to solve the problem. We should be looking to the future, at harnessing the potential of decentralised energy resources to provide dynamic flexibility. Here, combining electric vehicles, domestic consumer generation and home batteries with intelligent energy management software can deliver aggregated virtual power plants (VPPs).

Utilising consumer generation and demand could deliver the flexibility needed to balance the system in real time. This dynamic flexibility will mitigate the impact of generation failures like last week without the expense of building new large-scale infrastructure or holding generation in reserve “just in case”.

Imagine millions of homes generating, storing and exporting energy to the grid. Utilising artificial intelligence software, they manage their individual power needs and collectively can export power or defer demand in an instant, when called on by the network operator to balance the system and avoid future blackouts. VPPs at this scale could provide gigawatts of capacity and act as virtual interconnectors, ensuring regional and nationwide system reliability and delivering a stronger, cheaper and cleaner network. In Japan Moixa already manages and optimises over 80MWh of household batteries that are ready to be used for grid services when needed.

This is already becoming reality. In the UK, Moixa is linking smart home solar batteries through its GridShare software platform in homes in Sussex to deliver domestic flexibility to UK Power Networks. One of the first UK partnerships to provide flexible capacity to a local power network from home energy storage, it shows how new thinking can unlock the potential of consumers to deliver a resilient energy system. All that is needed is the right framework to deliver domestic flexibility at scale.

Achieving this requires action today. Ofgem, National Grid and DNOs will act to increase network resilience in response to the recent blackout. As they do so, it is critical that they stay ahead of the curve by procuring and trialling new flexibility solutions now, so that the right framework is in place for the transition to a net-zero economy.

Toby Ferenczi, director of strategy at Kaluza, reflects on the recent blackout incident and provides his vision of a home-powered, decentralised grid that could be more resilient to these events.

In an unassuming office building down a deliberately unmarked turning on the outskirts of Wokingham, a small team of people hold the country in their hands. National Grid’s National Control Centre, a cavernous room with a giant screen showing the status of the UK’s high voltage power lines (think NASA Mission Control but with less high fiving), has ultimate responsibility for keeping Britain’s electricity network running 24/7. As a result, success for the people who work there is to not be noticed.

Increasingly, the Electricity System Operator (or ESO, the part of National Grid that runs the control centre), is playing an important role in the transition to a zero carbon energy system. This is because one of the biggest challenges with decarbonisation is how to keep the electricity grid stable as more and more of our energy comes from renewables. Whilst renewable energy is now extremely cheap, cheaper even than fossil fuel power plants, unfortunately we can’t turn the sun and wind on and off to meet fluctuating demand. This means that we need to find new ways to keep the grid in balance. Fortunately, there are a wide variety of means at our disposal to either store energy or adjust our energy demand to meet fluctuations in supply (called ‘demand response’) through our smart devices at home. Domestic batteries are one of the most prominent examples of this and their cost is falling at a blistering pace. Not to mention the huge uptake in electric cars we will see in the next two decades, which in effect, have the potential to form a giant battery for the grid.

The ESO spends around £2 billion a year paying companies to help them meet imbalances in supply and demand, called ‘grid balancing services’. Usually these payments go to fast-acting gas turbines that can ramp up and down quickly, but increasingly batteries and demand response devices including electric car charge points and smart heaters in people’s homes are being drawn upon to help manage the grid. Deciding how the grid will be balanced has a huge influence on how our grid will look in the future. The ESO therefore has dual responsibility for keeping the lights on every second, and for facilitating our target to become a net-zero society by 2050. It’s hard to think of a single organisation that has two such critical, yet potentially conflicting, goals.

On Friday 9 August 2019, a lightning strike and the sudden loss of two large electricity generators caused a major power outage affecting more than one million people. Thankfully, on this occasion the ESO’s defence mechanisms kicked in correctly, with some types of storage responding in under a second to help stabilise the system. One defence mechanism was to temporarily cut supply to certain regions which is what caused the disruption.

By coincidence, summer storms meant the UK’s wind farms were operating at near full capacity. The more wind energy on the system, the less ‘inertia’ coming from traditional power stations which have large, heavy rotating turbines. Whilst wind energy was not the cause of the issue, this lack of inertia arguably made things harder to deal with than they would otherwise have been.

New, cheaper distributed technology is changing the game. Several studies, such as one published by OVO and Imperial College last year (‘How residential flexibility is key to decarbonising power, heat and transport’), have shown that by using batteries and smart controls, a grid powered by over 90 per cent renewables with high levels of electric vehicles and electric heating, is not only possible, but would in fact be cheaper to run than today’s energy system. Energy storage and demand response may eventually make the grid more reliable and resilient than today, even with a rapid expansion in renewables.

Getting from where we are today, to the system of the future, will require rapid change. To have any hope of meeting our climate change obligations, the UK government must preside over a mass rollout of solar and wind, electric vehicles, and electric heating. Dramatically decarbonising electricity generation, and in parallel electrifying everything from cars to heating, is now accepted as the most practical way to achieve our 2050 climate goals. Imagine a smart, flexible energy system where millions of electric vehicles and appliances are connected and responding intelligently to match the supply of renewables. Even better, imagine an energy system in which customers get paid for providing this smart flexibility, thereby reducing their energy bills.

There is no reason to think that the ESO won’t be able to deliver the energy transition whilst keeping the grid stable, and I’m sure that after the recent power outage, greater protections will be put in place for core infrastructure like rail networks. It is time however, to question the ingrained wisdom that anything that poses a risk to uninterrupted access to power, however small, is unacceptable. Preserving the habitability of our planet will require some big changes to our energy system, let’s make sure we embrace the new technologies that will make our grid stronger in the process.