A testing facility which will be used to discover if hydrogen could be used to power millions of homes across the country has opened in Derbyshire. 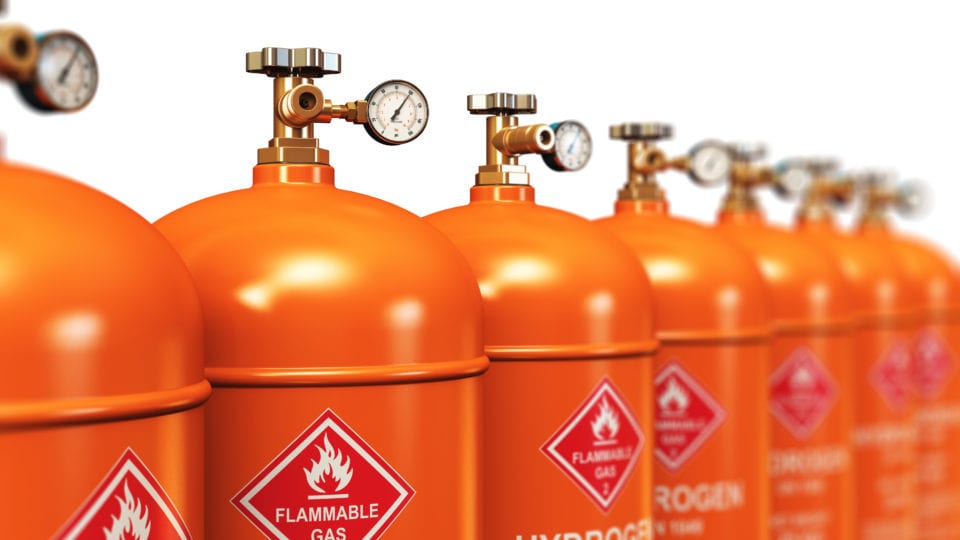 H21, the world’s largest project to reduce carbon emissions, has opened the first ever testing facility for 100% hydrogen.

The site, at the Health and Safety Executive’s Science and Research Centre in Buxton, will carry out controlled tests to establish the critical safety evidence proving that a 100% hydrogen gas network is equally as safe as the natural gas grid heating homes and businesses today.

The results will be critical in determining if it is safe to convert millions of homes across the country from natural gas to hydrogen.

H21, which is led by Northern Gas Networks (NGN), the gas distributor for the North of England, in partnership with Cadent, SGN and Wales & West Utilities, HSE Science and Research Centre and DNV-GL, is part of a number of gas industry projects designed to support conversion of the UK gas networks to carry 100% hydrogen.

“The potential for this low carbon gas to make inroads into decarbonisation is immense and the work that Northern Gas Networks and its partners is doing here is critical in understanding how we can make a zero-carbon, hydrogen-based gas grid a reality. This will not only enable us to meet decarbonisation targets, but it will improve air quality in towns and cities, create thousands of good jobs and place the UK as a global-leader in hydrogen technology.

“We look forward to sharing our results with the Government, the sector and other industries so that we can work collaboratively to achieve a clean, hydrogen economy as soon as possible and deliver on the promise of low carbon energy for our communities.”

Currently, about 30% of UK carbon emissions are from the heating of homes, businesses and industry. H21 states that a large-scale conversion of the gas grid from natural gas to hydrogen is vital to meeting the Government’s net zero targets.

The Buxton testing facilities have been built following the H21 North of England report which sets out detailed plans on how hydrogen could be used to deliver clean energy to nearly four million homes and 40,000 businesses and industries in the North of England by 2034.

The results of the testing facility will be assessed by the Department for Business, Energy and Industrial Strategy who are due to publish a ‘Low carbon gas’ consultation later this year.

Ed Syson, chief safety and strategy officer at Cadent, added: “Repurposing the UK’s gas network to carry blended gas, a mixture of methane and hydrogen or 100% hydrogen has huge potential to address decarbonisation in a sustainable and affordable way – and in particular, the intractable areas around domestic heat, industry and heavy transport. The launch of the H21 test facility today, is another important step on the path to securing the delivery of low and zero-carbon energy and is essential if the UK is to meet its stringent climate change targets.”

Andrew Curran, HSE’s chief scientific adviser said: “We are pleased to be part of the H21 programme, and in particular, that we are housing this new specialist facility here in Buxton. We are sure this will become a key component in providing the evidence which will enable hydrogen to become a safe, clean and resilient component of our approach to achieving zero-emissions by 2050.”

Jonathan Brearley, Ofgem’s executive director systems and networks said: “To hit the target of net zero carbon by 2050 it is critical that we transition to low carbon forms of heating. Hydrogen is a key contender to support this transition and could also be used as a clean fuel for transport.

“I am delighted to open this H21 hydrogen testing facility for which Ofgem awarded £9 million to Northern Gas Networks through our Network Innovation Competition. Ofgem supports innovation that seeks to achieve decarbonisation of heating safely, at the lowest cost and least disruption to consumers.”

Anna Turley MP, chair of the All-Party Parliamentary Group on Hydrogen said: “It is great to see world-leading hydrogen conversion projects taking place in the UK. As a country, we can be leaders in a large-scale shift to using hydrogen for heating our homes, fuelling transport and powering heavy industry.

“H21 is a hugely important project helping to achieve this and I congratulate all the organisations involved in successfully creating the first ever 100% hydrogen test facility. I look forward to seeing the results and working with H21 to share these across Parliament and with the Government.”