A hybrid heating demo in South Wales has reached an early milestone with the completion of the first main tranche of installations by smart energy firm Passiv Systems. 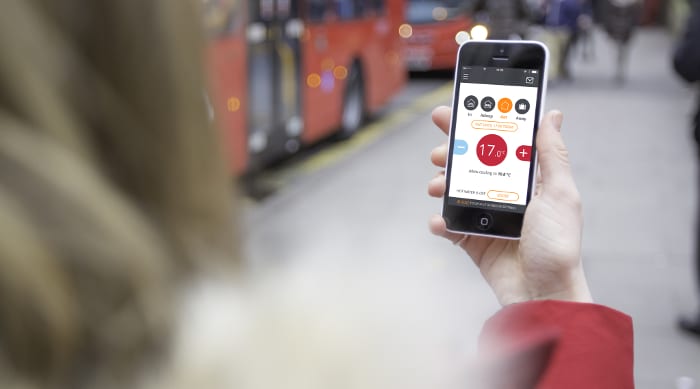 The company has now deployed more than half of the hybrid heating systems which will be installed in 75 homes in Bridgend as part of the £5.2 million innovation scheme.

The hybrid systems combine gas boilers with air source heat pumps and smart switching to enable users to reduce their bills by taking advantage of time-of-use price differences between gas and electricity.

Initial modelling by Imperial College London indicates that the UK energy system could save around £1.3 billion annually by 2030 if hybrid heating systems are installed in place of all-electric air source heat pumps.

Passiv Systems said the use of hybrid systems would aid the decarbonisation of heating and reduce the need for further investment in generation capacity by avoiding the use of electricity during periods of peak demand.

“A vision of the future of heating is emerging,” said the company’s chief executive Colin Calder. “The gas boiler is going to be around for a number of years. This hybrid approach has the potential to make the best use of the hot water delivery appliances currently installed in most UK housing stock.

“Using gas boilers alongside air source heat pumps, with some intelligent switching between the two, gives us a pragmatic pathway to decarbonising heat. In the future, we will have options to use green gases to deploy hybrid green systems.”

As well as procuring and installing the hybrid heating systems, Passiv Systems is also responsible for leading the day-to-day project management, developing the control algorithms and designing the architecture of the smart switching system. The remaining installations are expected to be completed during October.

The firm will monitor the performance of the hybrid heating systems during the coming winter season to evaluate the potential for energy savings and reduced carbon emissions. Initial estimates suggest a 35 per cent reduction in carbon emissions for a small home.

Wales and West Utilities published a report in July on the installation of the hybrid systems in the first four of the 75 homes for an initial pilot scheme.

“The reduction in hydrogen volume requirements may also present realistic opportunities to explore production through renewable alternatives rather than fossil sources,” the report states.

Earlier this summer, Cadent unveiled plans to develop a “hydrogen cluster” in Liverpool and Manchester to test the use of the fuel to decarbonise heating, and in April, Northern Gas Networks opened a dedicated office in Leeds to take forward its proposals to create a hydrogen gas grid in the city.

The current plans for hydrogen networks have been criticised by Richard Lowes, a researcher from the Exeter Energy Policy Group, on the basis that they would be unable to fully decarbonise heating as would need to happen for the UK to meet its long-term emissions reduction targets.