How materials science will underpin the future energy network

What are the materials that will serve as the backbone for electrical energy storage, renewable energy generation, gas and the grid itself in the future, and how might they underpin the future of the energy network? Four academics from Newcastle University and Durham University discuss the role of materials science in developing new network capacity. 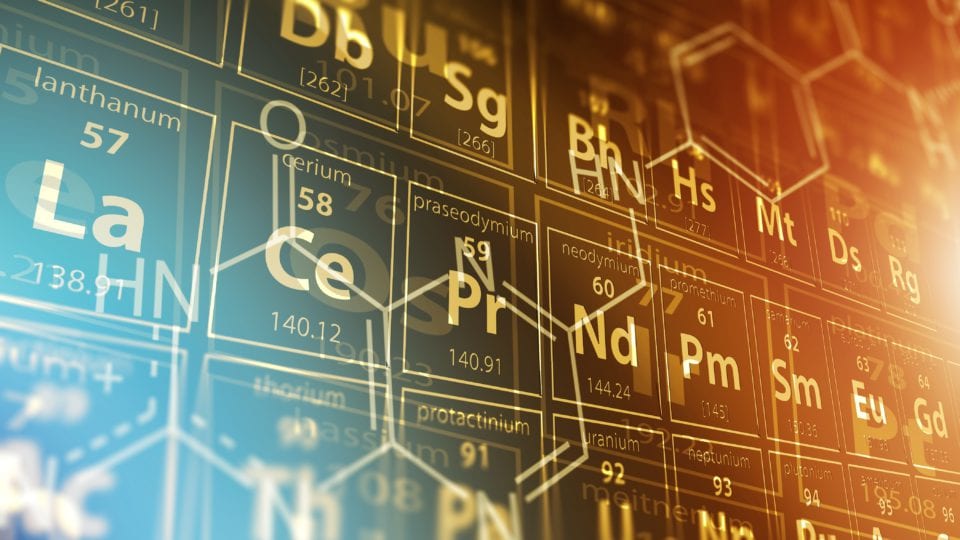 Development of novel materials, e.g. 2D materials, is the key for competitive, affordable and reliable energy storage, conversion and renewable energy harvesting devices. There is a range of innovative technologies available today, such as redox flow batteries, and on the horizon, such as sodium and magnesium ion and lithium-air batteries, and porous carbons.

A unique conference this summer in the North East of England at Newcastle University organised by the North East Centre for Energy Materials (NECEM), explored a plethora of novel energy materials that could transform our energy system. It also explored the ‘breakthrough’ prospect of modelling the UK’s energy network from atoms to system scale to see how different materials and components interact on the grid. This could be used to evaluate energy storage for example by testing the cells of the batteries in simulation and operation using grid scale testbeds.

Without getting the material science right we are unlikely to roll out the future of a net zero grid. To decarbonise the energy network two major ‘saving grace’ technologies tend to be in the public spotlight: renewable energy generation and energy storage. Both technologies, especially the latter, are made from finite precious resources like lithium. While lithium is much cheaper than in the past, it is still expensive to apply at grid-scale and faces a stability problem.

The primary driver for using lithium for grid storage is the explosion in market demand for lithium battery powered electronics. While it is not an ideal material for grid-scale energy storage, it is likely to be used in this capacity for the foreseeable future.

To achieve net zero carbon emissions we need to go beyond batteries and take advantage of novel materials such as porous carbons and metal-organic framework materials for hydrogen storage.

Grid-scale and smart implementation of energy storage devices will aid the decarbonisation of the world’s electricity grids. But depending primarily on one or a few materials alone could put us in a precarious position in terms of stability and security of supply chain. For example, vanadium used in redox flow batteries and cobalt used in several Li-ion battery technologies, recently had a price shock due to rising demand. Earth abundant materials like iron and nickel are preferable and a focus of current research.

New energy materials could be the tipping point for system scale decarbonisation and energy security.

The biological turn in energy materials

Rather than use physical materials alone for grid applications, the energy network could become increasingly biological. To some extent, this has occurred with biogas generation from anaerobic digestion plants and energy generated from the burning of biomass, possibly the oldest fuel in the world.

Similarly, we could be seeing solar devices that work similar to plants and generate solar fuel in the form of hydrogen, bioelectrochemical fuel cells that use microbes, along with bio-based forms of carbon capture and storage systems. Buildings themselves can also generate energy using biomaterials integrated into building fabrics.

These are all exciting prospects for the UK’s energy network that could help lead to a more integrated energy system, especially as it becomes closely coupled to the transport network via electric and hydrogen vehicles. The challenge for bio-based or hybrid energy materials is that they are not always as efficient as their physical counterparts, but they have clear advantages for hydrogen fuel generation and conversion of nitrogen compounds under ambient conditions to use in fertilisers.

Innovations in energy materials are essential to rolling out energy storage to decarbonise and make our energy network resilient to power failures. The UK will need to produce 312 TWh of hydrogen and roll out 23 GW of battery storage (National Grid, future energy scenario, 2019) by 2050 to meet UK decarbonisation target (2°C scenario) as more renewable generators go online. But the materials we use for energy storage need to be sustainable, cheap, flexible, high capacity and abundant.

To achieve net zero carbon emissions we need to go beyond batteries and take advantage of novel materials such as porous carbons and metal-organic framework materials for hydrogen storage. For example, electrochemical double layer capacitors (EDLCs), often known as ‘supercapacitors’, have high power densities and cyclability which means they could be combined with batteries in efficient hybrid energy storage systems capable of coping with rapid power fluctuations.

Whatever materials we use in batteries for the grid we will need to make them in larger quantities to satisfy demands for the energy network. The state of the art uses approaches such as high throughput screening of materials and in operando analysis to an atomic or molecular scale. Artificial intelligence predicts how the materials behave at a systems level, in combination with advanced simulation methods to understand their interaction with the grid. This means oversight of material performance and degradation at an infinitesimal scale.

New energy materials have a major role to play in delivering a net-zero carbon future, which is something to be excited about from multiple levels of the energy network – from generation to distribution, storage and management of the energy system as a whole.

If the grid becomes more dependent on storage in future, it is essential to learn about energy materials’ degradation, resilience or vulnerability to failure. There is clearly a critical need for an in-depth knowledge and understanding of how operating conditions influence materials’ behaviour and failure modes in operating devices. We also need to understand the impact of these changes on the device and consequently the system performance and reliability.

Ultra-high specific surface area, tunable chemistry, processability and mechanical robustness have made (quasi-) two-dimensional materials highly attractive for a range of energy harvesting and storage applications. Graphene – a single, atomically thin, layer of graphite – has so far received the most attention, with laboratory scale devices made from this material and its few-layer analogues demonstrating great potential for the next generation of supercapacitors and batteries. A great advantage of graphene is that, being composed of pure carbon, the precursors are earth-abundant.

New advances in computational chemistry has enabled gaps between atomic and system-level simulation and modelling of timescales from femtoseconds to hours or longer. This means it’s possible to look at how small changes in the structure and fundamental composition of energy materials affect everything from charge-separation and transport to device degradation/failure (chemical or mechanical).