The Committee on Climate Change (CCC) has said that hydrogen is a credible option to help decarbonise the UK energy system. Network editor Alec Peachey examines the progress being made and some of the challenges that remain. 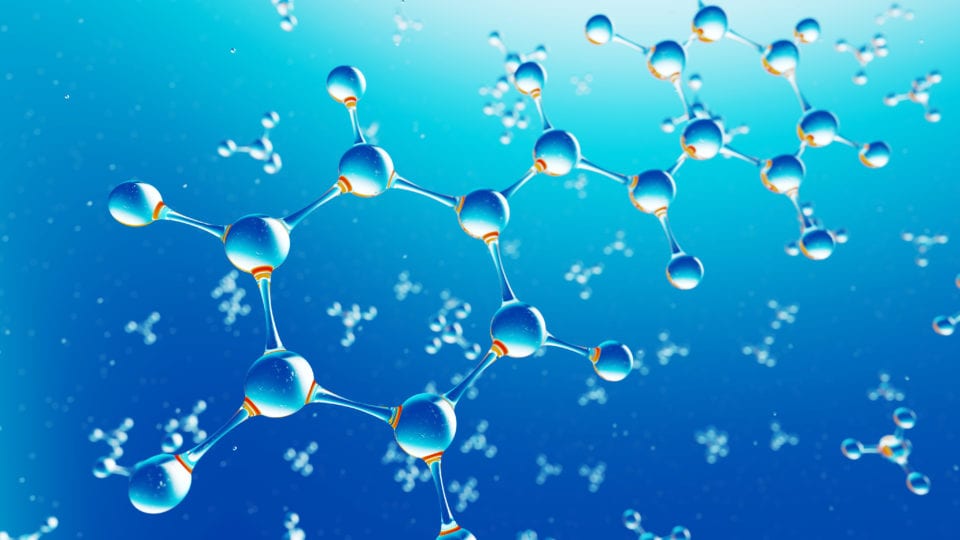 Recent research and demonstrator projects are beginning to show that integrating the use of hydrogen into Britain’s energy system is feasible.

The opening of a testing facility which will be used to discover if hydrogen could be used to power millions of homes across the country is another positive step forward.

The site, at the Health and Safety Executive’s (HSE) Science and Research Centre in Buxton, will carry out controlled tests to establish the critical safety evidence proving that a 100 per cent hydrogen gas network is equally as safe as the natural gas grid heating homes and businesses today.

The results will be critical in determining if it is safe to convert millions of homes across the country from natural gas to hydrogen.

H21, which is led by Northern Gas Networks (NGN), the gas distributor for the North of England, in partnership with Cadent, SGN and Wales & West Utilities, HSE Science and Research Centre and DNV-GL, is part of a number of gas industry projects designed to support conversion of the UK gas networks to carry 100 per cent hydrogen.

Currently, about 30 per cent of UK carbon emissions are from the heating of homes, businesses and industry. H21 states that a large-scale conversion of the gas grid from natural gas to hydrogen is vital to meeting the government’s net-zero targets.

At the beginning of the report, it highlights the vital role that hydrogen could play to achieve such a target. And it’s clear that gas networks will be key in facilitating progress.

Chris Clarke, energy strategy director at Wales & West Utilities, says that up until recently the gas network operator had been taking more of a watching brief over hydrogen.

“There’s more and more evidence pointing towards an essential role for hydrogen,” he tells Network. “At Wales & West we’ve taken the strategic decision that now is the right time to move from a watching brief to a more active brief and we’re keen to work with others.”

Whilst acknowledging that there are challenges around the wider deployment of hydrogen, Clarke believes it is crucial to the economy of Wales.

“There’s heightened awareness of hydrogen in our region, particularly in south Wales because of Welsh industry. South Wales has got a lot of manufacturing and production and there are already a number of places producing hydrogen. The idea of a hydrogen cluster has started to emerge.”

Clarke believes the UK is leading the way when it comes to technology advances in this area.

“Appliance manufacturers are developing hydrogen boilers and even methane boilers that are hydrogen ready. It’s a big step forward so we can now look and say hydrogen is realistic. A couple of years ago I couldn’t have told you that, but now it is.”

It’s clear that technical progress is being made with the Energy Technologies Institute (ETI) recently completing its High Hydrogen project.

The project found that methane has a moderating effect on hydrogen mixture pressures, whereas, carbon monoxide makes these mixtures more susceptible to igniting.

The project began in 2011 in partnership with Imperial College London and the Health & Safety Laboratory, which is now rebranded as the research division of the HSE, based in Buxton. The project carried out a full literature review to identify what work had been performed to date by industry and academia on the use of hydrogen-based fuels in reciprocating and turbine powered generators.

Project manager Paul Winstanley told Network: “It was clear the work carried out had been minimal and there was a clear risk of downstream equipment such as heat recovery steam generating (HRSG) boilers being filled with unburnt high hydrogen fuels above their lower flammable exposure limits, if the generator suffered a combustion failure. We felt this posed a risk of an explosive event in the system.”

From the literature review, typical syngas mixtures were tested in laboratory equipment to identify areas of interest. The downstream equipment heat recovery steam generating boiler (HRSG) used was a 1/7th scale model of a (HRSG) typical GE350MW gas turbine which was developed to understand when the actual issues might be if a combustion event occurred in the system. To ensure a cleaner combustion system, the hot gas flow was generated using a Rolls Royce Viper 301 gas turbine, converted to run on Butane.

In this test rig the ETI have conducted 150 experiments using various hydrogen mixtures from pure hydrogen to mixtures of hydrogen, carbon monoxide and methane.

The test rig is still operational and available for further research work at HSL Buxton. The experiments and information provided are set to be of value to the hydrogen projects currently being undertaken in the UK.

With other trials and projects taking place to prove that hydrogen can be integrated into the energy system, both Clarke and Winstanley remain optimistic about its potential.

When it comes to the repurposing of the existing natural gas network to distribute hydrogen to industry and domestic properties, Clarke uses the analogy of Wales & West’s gas mains replacement programme, as evidence that it is something that could be achieved.

“Part of this is to get every single house in a street to convert their pipework outside, from steel and cast iron to plastic. It can be pretty intrusive – there are holes in the road and maybe in people’s drives. On the day of conversion from one pipe system to the other everyone in the street has got to be in so that the gas can be turned off and then back on again. Gas networks are really good at doing this. We do 400,000 of these across the country. So, the timescales (for hydrogen conversion) could be achieved. It would just have to be done in a well organised way.”

Last year, Mark Horsley – chief executive of Northern Gas Networks – told Network: “I remember my grandparents’ house being converted in the late 1960s. Town gas was called ‘derived gas’, which was close to 50 per cent hydrogen at that time. When they moved to natural gas there was a concern from engineers that it would be more unsafe.

“Engaging with customers in this and putting them at the heart of everything we’re doing is so important for them to gain an understanding of what we’re putting in as a new technology.”

Winstanley commented: “We did a large switch in the 1970s where we went from town gas to natural gas. These things can be managed if they’re done properly. Consumers probably wouldn’t notice 20 per cent hydrogen methane. It’s a seamless invisible change to reducing carbon emissions.”

Looking ahead, both Clarke and Winstanley agree that whilst there is clearly interest in creating a hydrogen economy, the government must show greater leadership to push the agenda forward.

“The government have got to get behind the decarbonisation of the gas grid,” notes Clarke. “BEIS need to see a net-zero gas grid as something that can be done. We’re producing business plans that will have that ambition and the pathway to get there. Government and regulators have got to get behind it. HSE have really dedicated resource to it. Ofgem seem stuck in a position of saying they don’t know which way to turn, but they’ve got a role to play in net-zero. We need to try and pull together a group of people who will show some leadership and drive it forward.”

Winstanley remarked that “the natural gas network is probably one of the most challenging things to decarbonise in the UK”, but concluded by saying: “I think there’s great potential for hydrogen. It’s a lot brighter than it has ever been.”