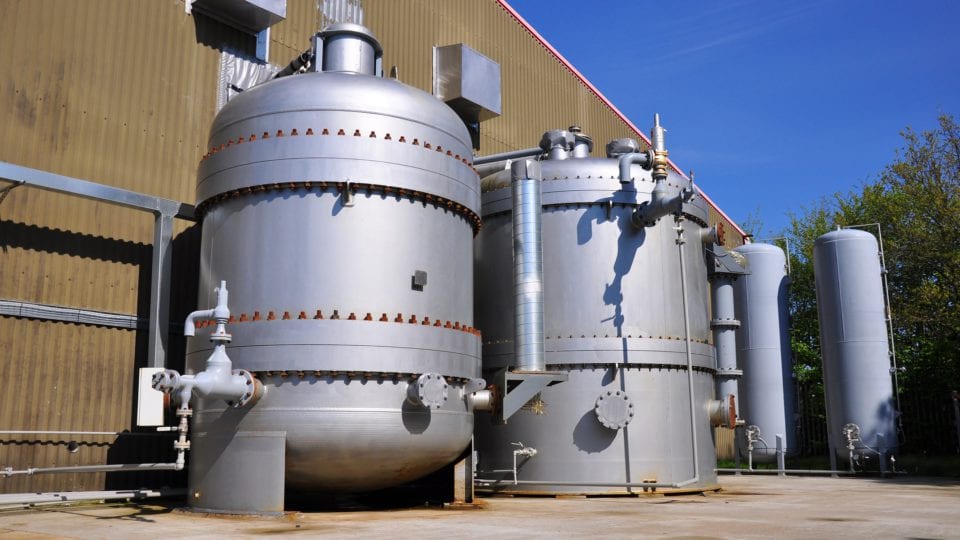 The ETI said the ground-breaking technology could offer a low-cost method of storing large volumes of excess renewable electricity.

The system consists of two containers – a cold store and a hot store – filled with gravel and an inert gas. They are connected via a reversible heat pump/engine.

When surplus energy needs to be stored, gas is withdrawn from the cold store and compressed using an electrically-powered pump, thereby raising its temperature.

The gas is injected into the hot store where the heat is transferred to the gravel. It is then withdrawn from the hot store, expanded to further lower its temperature and returned to the cold store.

To recover the stored energy, the process is reversed. Gas from the cold store is compressed and injected back into the hot store, where it is reheated by the gravel. The gas is then expanded to drive the engine, before being returned to the cold store once again. 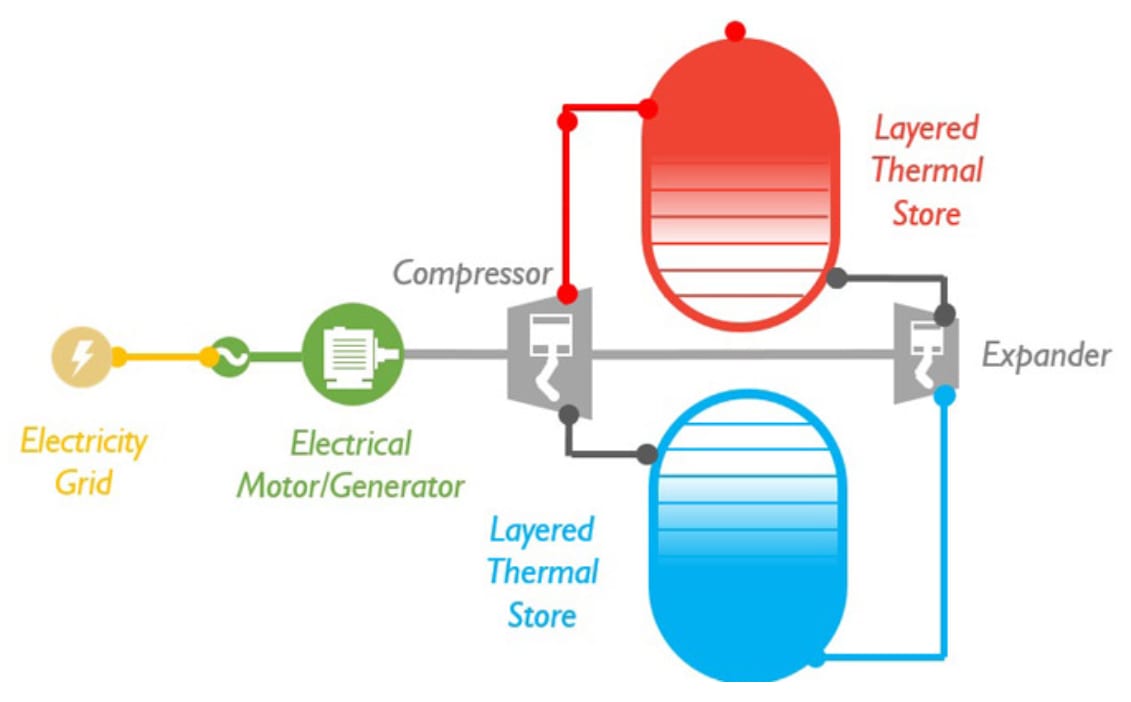 The system has been installed at the Sir Joseph Swan Centre for Energy Research at Newcastle University. It has a maximum power output of 150kW and a storage capacity of 600kWh.

“Given the thermal power cycle’s enormous potential, there has been a tremendous amount of research and commercial interest in PHES technology over the last ten years,” said Swan Centre director Tony Roskilly.

“However, until now nobody has managed to get as far as to demonstrate a real-world working system.

“What is exciting is that the UK is the first to do it and, as such, is now leading the world in what looks like a highly disruptive and cost-effective technology which can balance renewable energy supply and demand.”

Andrew Smallbone, co-director of Newcastle University’s National Facility for Pumped Heat Energy Storage, said the initial tests of the system have been very promising: “We can very quickly change our system control from charge to discharge in a few milliseconds.

“The analysis of system performance indicated that the current system operates with an efficiency which yields a round trip efficiency of 60 to 65 per cent.”

Smallbone said the facility’s research indicates the technology could provide one of the “lowest cost and most flexible” forms of grid-scale energy storage.

He said the initial tests also indicate there is plenty of room to improve the system’s performance by tweaking its design and enhancing its operation. “This will now continue over the next few months,” he added.