Getting green networks up to speed

Decarbonising heat will involve a future switch to hydrogen, but how should that hydrogen be produced? And as consumers and businesses adopt EVs and take to the roads, are the network operators fully prepared? Tom Grimwood reports on the topics that topped the agenda at this year's Network Asset Performance Conference in Birmingham 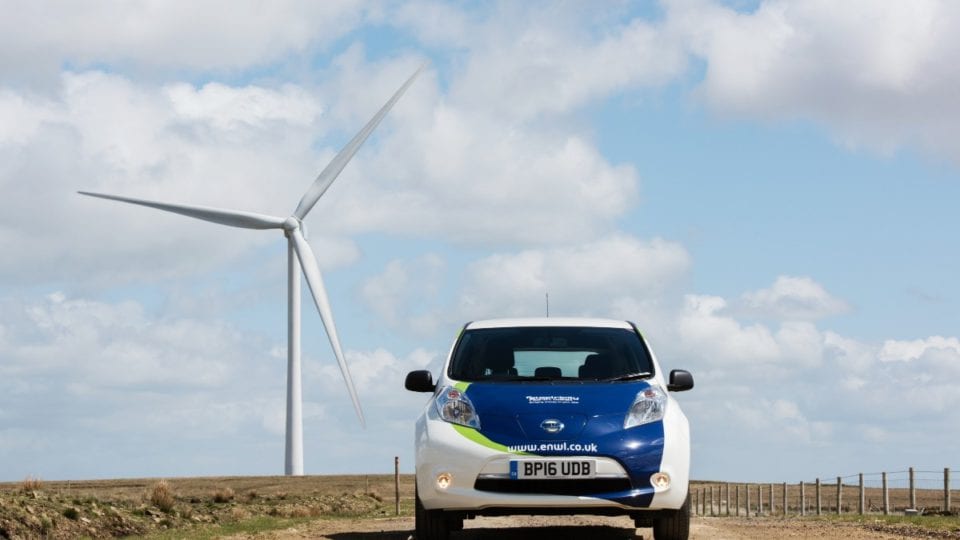 Whilst substantial progress has been made in the electricity sector, the decarbonisation of transport and heat is further behind – and these two topics took centre stage at September’s Network Asset Performance Conference. In terms of switching road transport from fossil fuels to electricity, there is less concern about producing enough megawatt-hours to meet the overall increase in demand from electric vehicles (EV) than ensuring there is the network capacity to deliver the power.

Richard Hartshorn, EV readiness manager for Scottish and Southern Electricity Networks, felt that the networks would soon be put to the test. “A lot of our networks across the UK have been built with sufficient capacity to cope with demand growth ‘as expected’. That was demand growth as expected in the 70s, 80s and maybe 90s. There are some networks that unsurprisingly won’t have the capacity to cope with an EV being equivalent of another whole household.”

He noted that this issue is most pressing at the low-voltage level. At the higher voltages, the “law of large numbers” helps to smooth out demand, making “an easier problem to manage”.  But for the low-voltage network, he explained, demand is spikier and harder to predict.

In the driving seat
This challenge is made more difficult by the fact that the rollout of EVs will be driven by consumers and their choices in large part. “The big risk for us is not necessarily the overall level of uptake of EVs, it’s the speed with which they come onto the network,” said Hartshorn.

Responding reactively to increases in demand, or proactively investing ahead of its arrival, both  present pitfalls, he said. “Being reactive means we have a lot customer interruptions, complaints and penalties to pay. And at the other end of the spectrum, we run the risk of stranded assets.”

Network operators need to find the middle-ground of a just-in-time approach to investment – the “Goldilocks” strategy.

This means that “data is now pivotal to investment”, according to Dan Wilson, asset data manager at Electricity North West. He suggested that a significant change in culture will be needed to ensure that operators have the information they need to understand the impact of EVs on low-voltage networks and how best to respond to them.

“Historically, the low-voltage network has always been the unsexy bit,” Wilson told delegates. “Everyone’s always liked to do lots of data analysis on the grid and primary networks. But now I think we’re getting to the point where – to really offer the true flexibility that we’re going to have to offer in the future – it’s understanding that low-voltage network.”

But, he warned, network operators can’t let perfect become the energy of good. If workers are unsure exactly where a cable has been made many years before, then it is better to make an informed guess, rather than not recording it all.

“We’ve always had this culture that we record asset data and it’s got to be right, which is brilliant. It’s fantastic,” he described. “Operationally we’ve always taken the view that if I don’t know exactly where it is, I don’t mark it on the diagrams.

But Wilson said that changes are underway.  “We’ve had to try and break through that and say, ‘actually I need to show the best of my knowledge what my network looks like’.”

Split views on hydrogen
Producing enough energy to meet demand is a much bigger concern when it comes to the decarbonisation of heat, especially if much of that demand is met by hydrogen networks.

It was partly for this reason – cost being the other – that Northern Gas Network’s (NGN) plans for a £22.7 billion hydrogen gas grid across the north of England envision the fuel being extracted from methane, with the resulting emissions captured and stored.

Anthony Green, head of engineering at National Grid Gas Transmission and another conference speaker, acknowledged the logic of that argument. “If we need to transition to net zero by 2050, we’ve got an awful lot of gas we’ve got to be producing very quickly. And we’ve got to start that in the 2030s.”

However, he did not necessarily share NGN’s scepticism towards electrolysis and focus on prioritising methane-based production, arguing that the latter should only be seen as a stop-gap measure and kept to a minimum. Meanwhile, scaling up hydrogen production using electrolysis powered by renewables should be supported.

“I just have this concern that it’s storing up problems for a later generation if we’re capturing the carbon. I would prefer to go green completely,” he said, adding that a hydrogen network fuelled by renewables was the “green future we want to get to”.

In contrast to NGN’s findings, Green said that he expected the plummeting cost of renewables to make electrolysis cost-competitive with the methane alternative by 2030.

In the short term, however,  one option to minimise costs would be to produce hydrogen in Africa using electrolysis powered by solar farms, and then liquefy the gas and ship it to the UK. “There are already LNG vessels being developed in Japan to pick up hydrogen produced through electrolysis in the Australian deserts and carry that hydrogen up to Japan. Could we do that from the African nations that have lots and lots of sun?”

Blended learning
Green also suggested that blending and then de-blending gases on the transmission network could help to smooth the transition to hydrogen.

“Leeds is the city that is looking like it will be first to a hydrogen future. They’re going to need 100 per cent hydrogen.

“If we can carry 20 per cent hydrogen on the NTS [national transmission system] and then we de-blend it and pull off that 100 per cent hydrogen stream, it allows us to convert to hydrogen very quickly and very easily, whilst sustaining the rest of the country.”

This process could even be used to supply multiple gases to a particular user. “Take methane on, take LNG on, take biogas on, take hydrogen on, mix it all up and then de-blend it and issue to whatever asset needs it the mix of gas they want.

Green added: “The good news is that there is capability out there in the industrial world to do this already. Now it’s a case of could we scale that at the right quality and the right cost to make it feasible to roll that capability out?”

Two birds in the bush
Green said blending and then de-blending could additionally provide a temporary solution to the issue of embrittlement, whereby steel pipes become weaker as hydrogen molecules are absorbed into the metal. In such a scenario, methane would be used as a medium to transport hydrogen around the transmission network.

However, he also said that the embrittlement problem could also be almost entirely mitigated by injecting small amounts of oxygen into the network: “By small amount, I mean 500 parts per million.”

In the meantime, Green tolddelegates that National Grid’s aim for the upcoming RIIO T-2 price control period would be to ensure that the gas grid operator has “no regrets” and so avoids making any “big investment in any assets that will not be needed in the future”.

“We want to make sure that any money we’re spending, which is consumers’ money, is really well focused,” Green explained. “Our investment will focus first of all on maintaining the health of our assets.”

Change is definitely coming for gas networks, but what and when remains unc