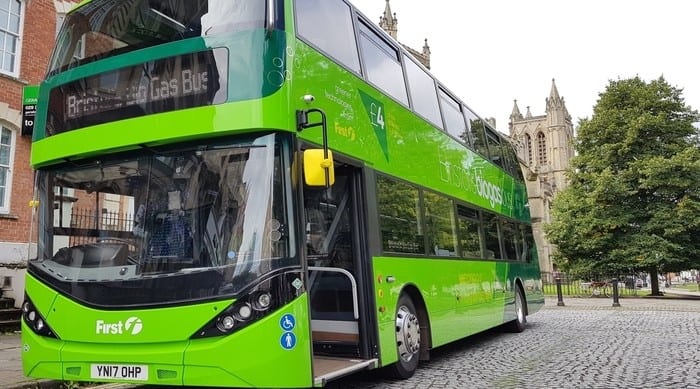 The trade body has seized on a funding announcement published earlier this week by the Department for Transport and the Office for Low Emission Vehicles, which they claim show gas-powered vehicles offer better value for money, both for taxpayers and passengers.

“The small bids for electric bus funding, typically less than 10 vehicles at a time, shows a reticence from councils to commit to large all-electric fleets, which is understandable given the high costs for initial purchase and ongoing battery replacement.”

In total, six local authorities were awarded a total of £11 million to buy new electric and gas buses.

Five of the successful bids were for electric buses, while just one – from councils in the Bristol area – was for gas-powered vehicles.

Councils in the Bristol region have been awarded £4.8 million to introduce 110 gas-powered buses, which could start running by 2019.

The NGVN claim the figures from the latest funding announcement mean an average public subsidy of more than £130,000 per electric bus and just £28,000 per gas-powered bus.

The trade body also pointed to a previous funding round in 2015, which showed an average subsidy of £142,000 for all-electric vehicles, compared to just under £43,000 for each biomethane bus purchased by councils in Nottingham and Reading.

“The small bids for electric bus funding, typically less than 10 vehicles at a time, shows a reticence from councils to commit to large all-electric fleets, which is understandable given the high costs for initial purchase and ongoing battery replacement,” said NGVN chief executive, Mike Foster.

“In some cases, forward-thinking councils are already entering into partnerships with waste processors who are producing decarbonised gas from household and commercial waste, which can then be used to fuel low-carbon buses.

“This is the kind of circular economy thinking, which helps us to meet our climate change targets, whilst also improving air quality, an understandably urgent priority for many,” added Foster.

“This is an exciting step forward for everyone living and working around the Bristol area and yet another example of our strong local authority partnerships levering funding for much-needed transport improvements,” said Bristol City Council’s cabinet member for transport, councillor Mhairi Threlfall.