District heat networks are expected to supply a significant proportion of the UK's heating needs, but first the sector needs to attract institutional investment. 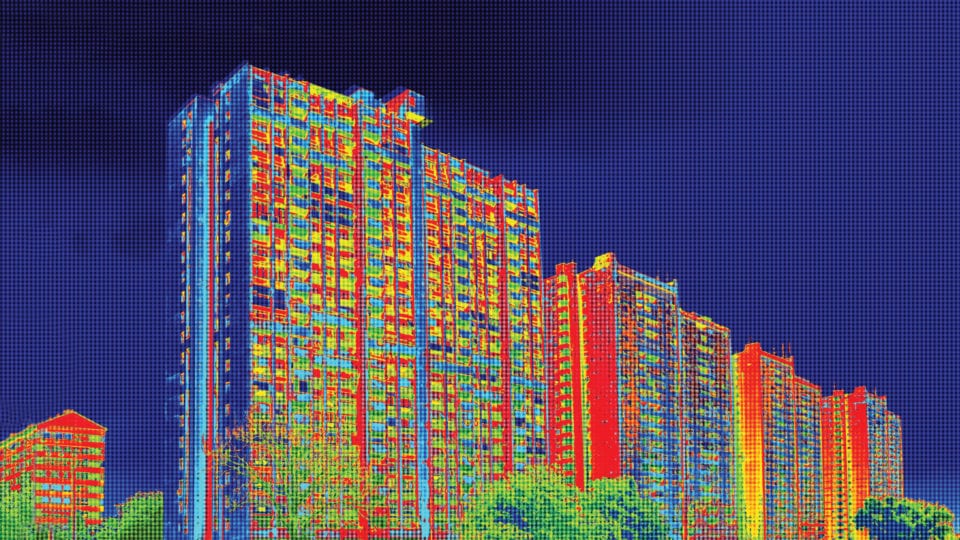 District heat networks were gifted an unexpected pot of money from the government in last year’s Budget. The government committed to provide £320 million in capital support over the next five years. This investment is expected to fund 200 heat networks that will supply the equivalent of more than 400,000 homes and leverage £2 billion of private investment.At the end of last month the government launched a consultation asking how the money should best be spent and monitored.

When that funding runs dry, the industry could well be on its own, and a rather substantial issue has to be resolved if the industry is ever to develop unaided. Heat networks must attract lower cost investment, which it is currently struggling to do, says the Association for Decentralised Energy (ADE), largely because there is a lack of regulation.

Aims of the £320 million funding

The Heat Networks Investment Project (HNIP) will increase the number of heat networks built by drawing in significant local and private investment, to deliver carbon savings for carbon budgets four and five, and across the lifetime of the infrastructure asset.

HNIP will build capability with and empower local actors (heat network project sponsors) to develop optimised heat networks that meet local needs. HNIP is seeking to support heat networks that would not have been developed without government support and networks that are technically, contractually and financially future-proofed.

By increasing the volume of deployment in the short term, the HNIP will contribute, alongside investment in innovation and in development of the appropriate legislative framework, to creating the conditions required for the market to continue to grow sustainably in the 2020s.

In Continental countries where district heat networks are an important source of heat, such as Denmark or Sweden, there is regulation. In the UK, all heat networks, be they two buildings sharing a heat source or a city-wide distribution system with hundreds of properties, are left to operate under the radar and free from regulation.

Two ways to attract investment have been proposed. The ADE believes that by reducing heat network capital risk, creating a fairer tax regime and providing local authorities with the support they need, heat networks will be able to play on a level playing field with electricity and gas networks, and they will become attractive investment propositions.

However, the Carbon Trust has also proposed a new investment model, called a PipeCo, that would treat the pipe element of the network as a long-term investment similar to gas and electricity networks.

There is no guarantee that, on their own, the ADE’s proposals would unlock investment, but stakeholders in the district heating market have made it clear that without them, the PipeCo model has little chance of success.

The district heating market does not lack investment interest, neither does it need to rely on government handouts for future development, the Association for Decentralised Energy (ADE) has said. In its report, levelling the playing field: unlocking heat infrastructure investment it set out how, with the right market framework, the industry could be subsidy-free by 2020.

ADE makes three proposals that would put heat networks on a level field with electricity and gas networks, which are traditionally bankable assets, offering long-term stable returns. The body  says these policies will drive down the cost of capital for district heating, reduce the tax burden on customers, and help develop a mature and competitive supply chain that investors will be able to evaluate alongside other opportunities in the energy market. ADE says these policies “work with the natural market direction” with no extra subsidy necessary.

First, ADE is calling for heat networks to be given the same status as electricity and gas networks for business rates. Currently, their higher costs are pushing up heating bills by as much as 20% – about £300 a home – for district heating customers. ADE says these costs are particularly damaging when projects are designed to cut fuel poverty.

The second problem is guaranteeing volume for investors. Developers are often unable to secure contractual commitment from users to connect to a network before it is built, and potential investors need assurance that users will join before investment can be justified. The uncertainty over the timing and scale of new heat connections presents an unmanageable risk to investors, leaving heat networks a comparatively poor investment compared with other energy infrastructure. A guarantee on future demand would remedy this.

Finally, ADE is calling for the role of the HNDU to be extended to support the relatively high-risk activity of planning and delivery. A £10 million investment by the government has so far been used to explore more than 200 projects in England and Wales, revealing a latent interest in projects among local authorities. If the HNDU’s role was extended to support development all the way from securing planning agreement to commercialisation and final investment, a mature pipeline of investment-ready projects could be developed, further reducing cost.

1 Equal Business Rates Higher business rates are increasing heating bills by as much as 20%.

3 Extend the Heat Network Delivery Unit to maintain a project pipeline. The unit has so far explored 200 projects from a £10 million investment.