CNG should be ‘fuel of choice’ for freight vehicles

Compressed natural gas (CNG) should be the "fuel of choice" for heavy goods vehicles, Cadent has said, after a study revealed a "huge drop" in emissions from lorries refilling at an innovative fuel station in Lancashire. 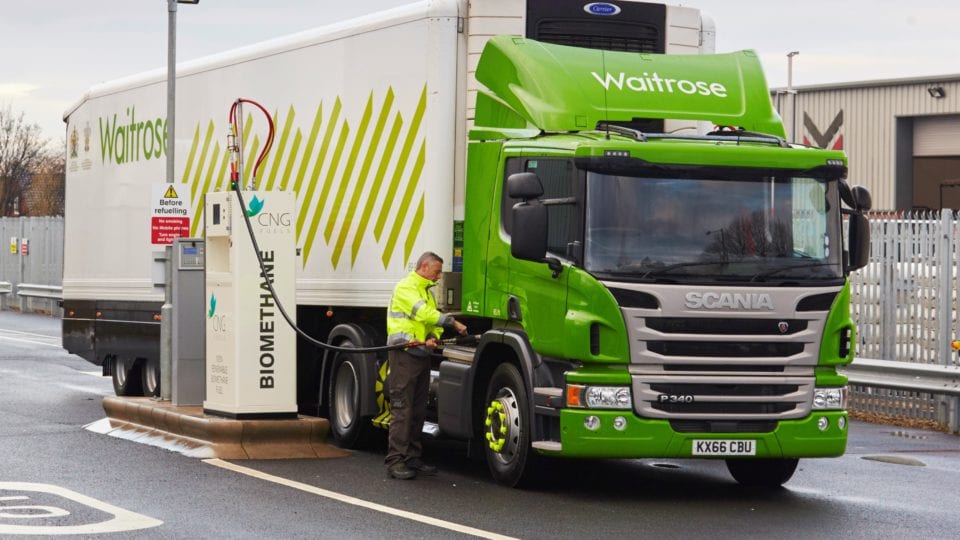 The firm said the research shows that a strategic shift from diesel to CNG could have a “significant and immediate” impact on the decarbonisation of transport and the drive for cleaner air.

Cadent built the station in partnership with CNG Fuels, which has operated the facility since it opened in March 2016. The project was supported by Network Innovation Allowance funding and has effectively been dispensing 100 per cent renewable biomethane since September 2016.

“This report proves there are significant environmental and economic benefits not just in using compressed natural gas, but in dispensing it from the high-pressure system.”

Located off the M6 motorway in Leyland, the fuel station has the capacity to serve up to 600 heavy goods vehicles and is the first such facility to be connected directly to the high-pressure gas network.

Independent analysis of the first 14-months of operation – commissioned by Cadent and undertaken by Element Energy – found that dedicated gas vehicles refuelling with biomethane at the station emitted 84 per cent less carbon dioxide “well-to-wheel” than equivalent diesel vehicles.

Even those refuelling with fossil fuel CNG would emit 15 per cent less CO2 than their diesel counterparts, according to the study.

The report also concluded there are major advantages to dispensing CNG through the high-pressure gas grid due to the reduced energy requirements for compressing the gas.

The study found that station specific emissions were 79 per cent lower than from facilities using lower pressure pipes, whilst well-to-wheel emissions reductions were 6 per cent higher than those achieved by stations connected to the medium-pressure gas network.

Cadent director for network strategy David Parkin said: “This report proves there are significant environmental and economic benefits not just in using compressed natural gas, but in dispensing it from the high-pressure system.

“This is a credible option, available today, and our high-pressure network is ideally situated to support its growth, as in most cases our pipeline tracks the UK’s major motorways.”

“CNG stations can be built quickly and cost-effectively and we are developing a nationwide network to meet industry demand.”