Cadent is using innovative 'Gas-Bots' to carry out repairs to gas pipes in London. 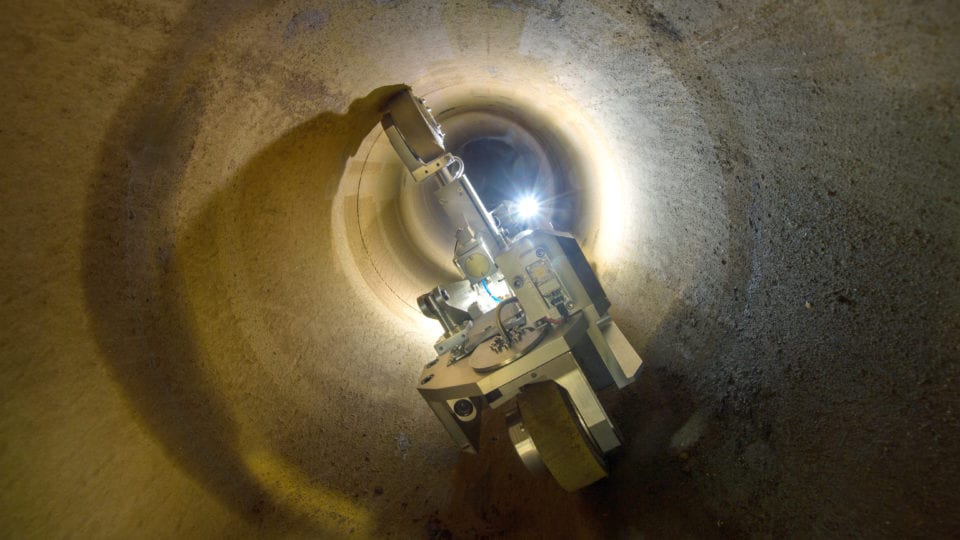 This summer CISBOT – a robotic system developed by American company ULC Robotics – has been operating beneath two of the capital’s busiest locations Oxford Street and The Strand, carrying out important work to the gas mains network.

Using traditional methods the jobs would have taken months to complete and involved engineers digging large scale excavations and potential interruption of gas supply for local users. However, using CISBOT project worktimes have been reduced to a matter of weeks with the job being delivered without the need to dig large excavations.

The work has involved CISBOT giving a new lease of life to ageing joints on the pipes. This reduces the risk of gas escapes and should extend their life of the pipes involved by decades.

CISBOT needed only one small excavation to access each 500m section of pipeline, enabling work to be done with minimal disruption to the public.

Controlled by a trained team of operators working in an above ground vehicle the ‘Gas-Bot’ enters the gas mains via a special insertion tube. Once inside the main it carries out its work rehabilitating the gas main joints by injecting a special sealant into them.

James Harrison, Cadent’s head of operations for London, said: “Cadent is helping lead a robotic roadworks revolution with CISBOT which enables improvements to the network to be carried out much faster, smoother and more economically than before.”

“Though it’s not currently suitable for every kind of job we need to do, we plan to use CISBOT more and more in the future.

“That’s great news for Londoners as they’ll keep on enjoying the benefits of safe and reliable gas supplies but with less associated disruption from our essential work, all of which should help boost well-being, efficiency and prosperity in the capital.”

First trialled in London in the early 2010s, the CISBOT technology was developed by New York based company ULC Robotics, who also have a UK office in Dartford, Kent.

“Work can also be carried out much faster for example in The Strand CISBOT has delivered gas mains remediation work in approximately nine weeks compared to nine months using traditional methods.”

To read more about the ‘Gas-Bots’ see the October 2018 issue of Network.