Cadent has announced a roll-out of its 'gas-bots' which will carry out work to gas mains in London faster, smoother and more economically. 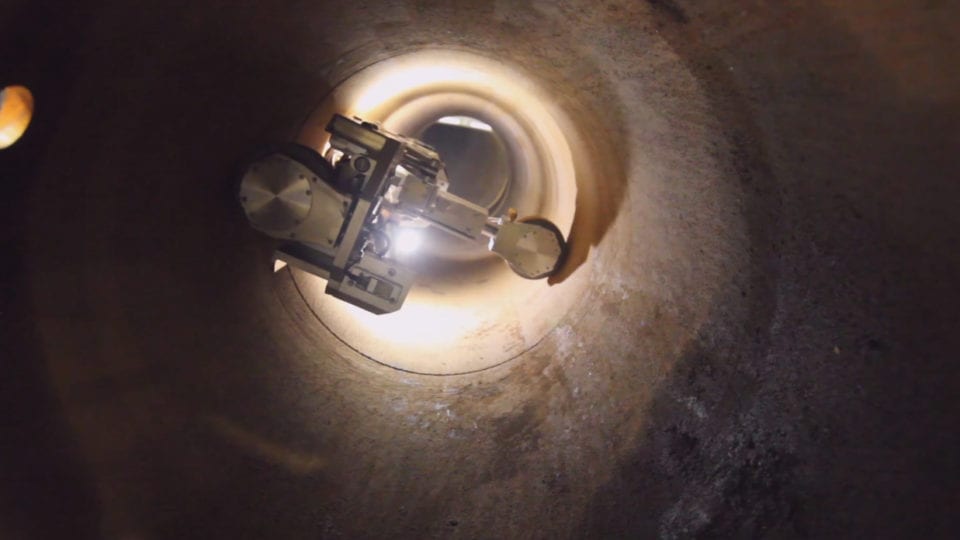 Robotic engineering innovation CISBOT was one of the stars of the show at the event which Cadent hosted in partnership with CISBOT manufacturer ULC Robotics.

Cadent also announced a major expansion of the CISBOT programme at the event, following on from the successful deployment of the robots in two of the capital’s busiest locations Oxford Street and The Strand in 2018.

The coming weeks will see CISBOT giving a new lease of life to gas mains in the following London Boroughs: Camden, City of London, City of Westminster, Hackney, Hammersmith and Fulham, Islington, Kensington and Chelsea, Lambeth, Richmond Upon Thames, Tower Hamlets and Wandsworth.

The CISBOT was developed by ULC Robotics and it enables improvements to the gas network to be delivered smoother, faster and more economically than using traditional methods.

CISBOT needs only one small excavation to access each 500m section of pipeline, enabling work to be done with minimal disruption to the public.

Controlled by a highly trained team of operators working in an above ground vehicle the ‘Gas-Bot’ enters the gas mains via a special insertion tube. Once inside the gas main, which remains live during the process, CISBOT rehabilitates the gas main joints by injecting a special sealant into them. This reduces the risk of future gas escapes and extends the life of ageing gas pipes by decades.

“CISBOTs work in The Strand and Oxford Street last year was so successful that we’re now rolling the robots out across our London network, where they’ll help us to do work faster, smoother and more economically than ever before.

“In many instances the robo-revolution will be happening beneath Londoners feet without them even knowing it as the technology is very low impact.

“However, people should increasingly notice the tangible benefits CISBOT brings including less above ground disruption and the continued provision of safe and reliable gas supplies.”

First trialled in London in the early 2010s, the CISBOT technology was developed by New York based company ULC Robotics, who now also have a UK office in Dartford, Kent.

“We need fewer and smaller excavations and can also carry out the work much faster all of which means a lot less disruption for road users.”

You can watch a film of the ‘gas-bots’ in action on Network’s video page.