Like many local authorities, Bristol City Council isn't waiting for government to lead in the net-zero challenge; it's identified £1bn of decarbonisation projects and is seeking a private sector "strategic partner" to make them happen. Councillor Kye Dudd tells Network's Elaine Knutt about the plan. 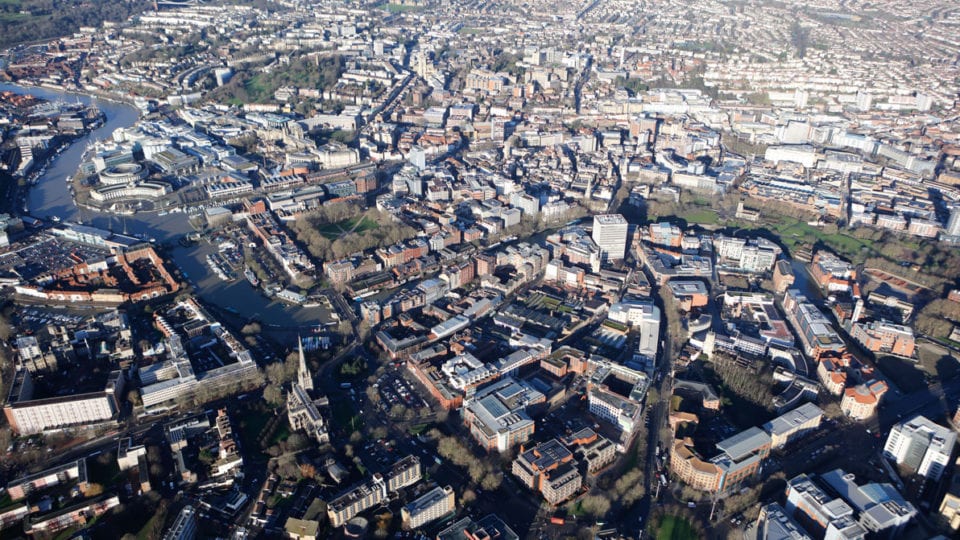 The months before and after the government’s national-level commitment to pursue net-zero emissions by 2050 has seen a round of target-setting by other administrations and cities: Scotland’s target is net-zero by 2045, with Edinburgh and Glasgow racing to get there first; Leeds and Manchester are both aiming for 2038.

In November 2018, Bristol City Council declared a “climate emergency” and committed itself to a not-so-distant ambition to make the city carbon-neutral by 2030. But as well as using its procurement power to shrink suppliers’ and contractors’ carbon emissions, Bristol wants to take active control of its own energy future. Its “City Leap” project has seen it draw up a £1bn wish-list of low or zero-carbon project goals (see table, page 20), and it is now selecting a “strategic partner” consortium to deliver them.

City Leap – the name highlighting that this is not an incremental, softly-softly process – takes in a £300m expansion to the city’s existing municipal district heat networks; solar and wind power projects; developing a local “hydrogen economy” and investing in a city-wide electric vehicle charging network.

But, as befits a city with a history of community activism, City Leap is also about energy equity, with a key focus on reducing fuel poverty across the city and engaging community groups in small scale, localised distributed energy projects – such as battery storage sites or heat pumps.

Considering the amount of energy infrastructure in Bristol, the council owns hardly anything, but via the joint venture we will gain a stake

The City Council is currently assessing bids from commercial consortia to become its strategic partner, and hopes to make an appointment in 2020. The project is also being supported by the University of Bristol, University of the West of England, Western Power Distribution, and agencies such as Invest Bristol and Bath and the Bristol Green Capital Partnership.

There are no templates for City Leap, but Bristol certainly hopes it can create one for other cities and local authorities. According to councillor Kye Dudd, the city’s cabinet member for energy and transport and lead on its “Green New Deal”, neighbouring local authorities are interested in becoming involved, such as Bath and North East Somerset, South Gloucestershire Council and North Somerset Council, and others further afield are watching.

“The reality is we’re under pressure and facing a climate emergency. We want to decarbonise by 2030 in an environment where the government has not stepped up. So we could plod along, finding £1m here or £5m there, but the aim of City Leap is to enable a massive jump in what we can do where the council can’t act alone,” says Dudd, who represents Labour on the council.

Share and share alike
Bristol is pursuing a model whereby the council will own 50% of the shares in the new venture, after transferring ownership of its current green energy assets to the new vehicle.

“The council will put all its energy assets into the partnership, including the [council-owned] district heat networks and solar and wind assets,” says Dudd. “Considering the amount of energy infrastructure in Bristol, the council owns hardly anything, but via the joint venture we will gain a stake.”

The “strategic partner” is likely to be formed from energy specialists, construction experts and a bank or investment broker to channel the increasing volume of institutional funding looking to invest in green energy investment opportunities. It will have share capital of matching value in the joint venture. “The JV will be able to do the ‘heavy lifting’ in terms of investment as the council certainly doesn’t have £1bn to invest,” says Dudd.

In setting up a 50:50 joint venture company with a partner consortium, Bristol is striking out in a direction no other UK city has adopted, putting Bristol closer in line with traditions in mainland European cities, where there is both a pattern of co-ownership of energy assets with energy companies, and a commitment to district heating.

Bristol is twinned with the German city of Hannover, for example, where assets are owned by municipal energy company Stadtwerke Hannover, which traces its roots back to 1891. District heat networks are also the default in Scandinavia. “If you go to Copenhagen, most people get their heat from district heating systems,” says Dudd.

Prospecting for a partner
Last August, Bristol City Council issued a prospectus detailing local opportunities and sought expressions of interest from the market. It was then swamped by 180 responses that arrived from across Europe, the Far East and China. “We were overwhelmed – we then had to work out the best way to take it forward and at the same time protect Bristol’s interests.”

It resolved that the best way forward was to seek a “strategic partner”, avoiding a situation where different parties own various minority stakes in a joint venture company, and could then decide that their interests lie in different directions.

The contractual arrangements will try to prevent selective cherry picking and deliver the whole agenda holistically.

The council will soon select a number of bidders with whom it will enter into more detailed negotiations, with the aim of appointing a strategic partner by the end of 2020. The process has to be compliant with EU and UK procurement regulations.

But Bristol City Council is setting some important ground rules, which recognise that the pay-back periods for investment in decarbonisation projects can sometimes be numbered in decades rather than years, and that margins vary widely. “For instance heat networks and the installation of domestic insulation and energy efficiency measures may offer very small returns over a long period, so the contractual arrangements will try to prevent selective cherry picking and deliver the whole agenda holistically.”

Dudd also welcomes moves to introduce more regulation, and possibly a form of licensing, into the heat network sector (see page 22), which he feels has been tarnished by some examples of heat network providers exploiting “captive markets”. In contrast to the firm grip that Ofgem has on the gas and electricity markets, he feels that the lack of regulation has hindered take-up and investment.

“There have been horror stories in some locations, where the heat network has been part of a development and formed a natural monopoly. At the moment, people can buy a property, get overcharged and have no recourse, so it’s important that the heat networks we  develop offer a fair return that doesn’t exploit people. There has to be regulation.”

No other city has attempted this – the government are watching and other local authorities are watching.

Bristol Energy Service, wholly owned by the council, has already developed and delivered two small heat network projects, using an EU grant and some funding direct from the council. These now serve five council tower blocks in the south of the city, benefitting more than 1,000 social housing properties with further expansion underway, and an area of the city centre close to Temple Meads station. “In Redcliffe, where people have switched over to the new system, bills have been reduced by half so it’s fulfilling the objective of cutting fuel poverty,” says Dudd.

The city council has also introduced new local planning conditions to support the project. “Now planning policy in Bristol says that, if you’re building a new office development in the city centre, you have to connect to the heat network. That applies to new developments and retrofitting.”

Currently, the district heating system is using “low-carbon” biomass as its fuel source, but Dudd describes this as a “transitional” fuel.” The city has also recently invested £7m in a water source heat pump – powered, of course, by renewable electricity – which will draw heat from the water in the city’s docks.

Meanwhile, there are currently around 85 projects hoping to share £320m in funding from the government’s Heat Network Investment Project, although only a fraction are underway.

The key to making Bristol’s heat network a success, Dudd believes, is to ensure competition between suppliers, and a separation between supply and distribution. “The important thing is the network of pipes, which we think the city needs to control, then the supply of heat would be separate. The ownership of the pipes needs to be with an accountable place, and then the market is structured around the supply of heat.” He also foresees that community energy groups operating a heat pump, for instance, might be able to sell into the network.

“No other city has attempted this – the government are watching and other local authorities are watching,” Dudd confirms. While it’s unlikely that Bristol’s experiment will single-handedly shift the structure of energy ownership in the UK, it is certainly hoping to forge a new path and provide a model that others can follow.