The Department for Business, Energy and Industrial Strategy needs to "completely re-think" its strategy for the decarbonisation of heating, Policy Exchange has warned. 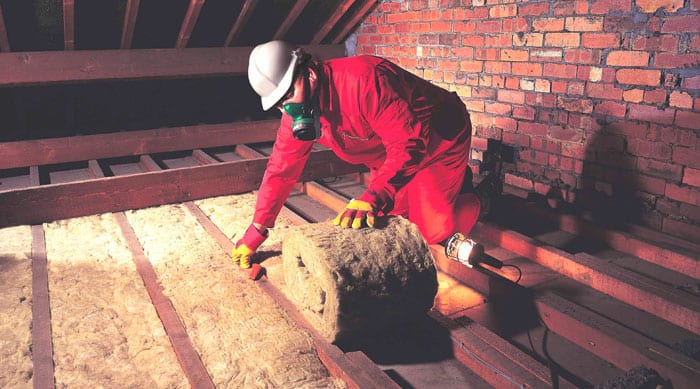 The influential think tank said that, with a price tag of £300 billion, plans to install electric heat pumps in four out of five homes by 2050 are a “colossal waste of money”.

Achieving this would cost as much as £12,000 per household. The figure takes into account the cost of upgrading the grid and building more than 100GW of new power generation to meet the extra demand for electricity, as well as more than £8,500 for the installation of each pump.

Policy Exchange said in a new report Britain is “significantly off-track” to meeting the carbon budgets it is committed to, and that a lack of progress on the decarbonisation of heating could “make or break the UK’s carbon plans”. It urged the government to “put affordability at the heart of its decarbonisation strategy by shifting away from its focus on electric heat pumps to alternatives”.

A new strategy based on a “more balanced set of priorities and technologies – incorporating substantial improvements in energy efficiency, more efficient gas appliances, greener forms of gas, and alternative heat technologies” could deliver an 80 per cent reduction in emissions by 2050 but at “substantially less cost to the consumer”.

Demand reduction could potentially reduce overall heat demand by up to 20 per cent over the period. The report said improvements in energy efficiency should be given “early prioritisation” as they are “beneficial regardless of which heat technologies we use in the future”.

There is still “significant potential” to rollout out loft and cavity wall insulation and heating controls, which are “cheap and relatively straightforward to install”. However, in order to make substantive savings, more disruptive and expensive measures such as solid wall insulation for older properties will need to be deployed.

Despite the rollout of more efficient condensing gas boilers, which have been mandatory in new installations since 2005, 11 million of the less efficient non-condensing boilers remained in UK homes in 2012. The report said these ought to be upgraded as “a matter of priority”.

Other technologies such as “flue gas heat recovery, gas driven heat pumps, and micro combined heat and power have the potential to substantially increase boiler efficiencies beyond the current level”.

Hybrid gas-electric heat pumps, which can switch between the two sources to depending on which is cheaper, could also play a major role. Crucially, as they can switch to gas during peak hours, they would avoid the need for grid upgrades as would be needed with the mass installation of electric heat pumps. Policy Exchange said although electric-only pumps could still play a role, “but not to the extent suggested in the [Department of Energy and Climate Change] heat strategy” laid out in 2012 and 2013.

The think tank noted the potential to decarbonise the gas itself through the use of green gases produced from waste and organic matter. It would not require changes to gas appliances or networks and would therefore offer “a cost effective route to substantially decarbonise gas use”. However, there are “uncertainties” about the amount which can be produced.

A more transformative approach would be to covert the gas grid to run on hydrogen, which the report said could achieve a 73 per cent reduction in greenhouse gas emissions. However, this would be very costly: Upscaling the findings of a study looking at converting the city of Leeds to run on hydrogen, suggests doing so across the UK to all 23 million homes on the gas grid, would initially cost £180 billion and then a further £12 billion each year. Policy Exchange said more work needs to be done to assess the feasibility of this option.

The report made a number of recommendations. It said the government needs to set out a “coherent and achievable long term vision, backed up with sustained policy intervention and considerable cross-party support” but at the same time pursue “quick wins”.

It should take a more balanced approach, which minimises costs to consumers, and avoid “picking winners” and setting technology specific goals. Carbon pricing should be used to encourage lower carbon solutions and the disparity between heating and power will need to be resolved: “At present the effective carbon tax on heating fuels such as gas and heating oil is negative, whilst the levies placed on electricity bills are increasing as power is being decarbonised.”

Heat, energy efficient and fuel poverty policy should be better integrated and there should be a “national strategy with a localist approach”. Policy Exchange said the best course of action will “vary by location and over time” and so a “one size fits all” approach will not work effectively.

Energy and Utilities Alliance chief executive Mike Foster said: “The vast majority of UK households are connected to the gas grid. Rather than rip out heating systems and make the grid obsolete, it makes sense to decarbonise the gas we use.”

He added: “Green gas is now being recognised as the preferred solution to meet UK heat demand, which is seasonal and demands a flexible supply. Our members are poised to deliver; we now need that green light from the government for green gas.

“There is no easy option for the UK, all means to decarbonise will cost consumers, but it is imperative to keep these costs to a minimum. Previous policy direction did not do this. I hope this report helps the new government set a new direction.”

Earlier today the Energy and Climate Change Committee (ECCC) released a report also warning that the government is off course to meet its 2020 targets for renewable heat and transport. It said the proposed reforms to the Renewable Heat Incentive (RHI), which will see heat pumps prioritised over biomass, are not the “optimal pathway” to meeting the heating goal, and should therefore be revised.