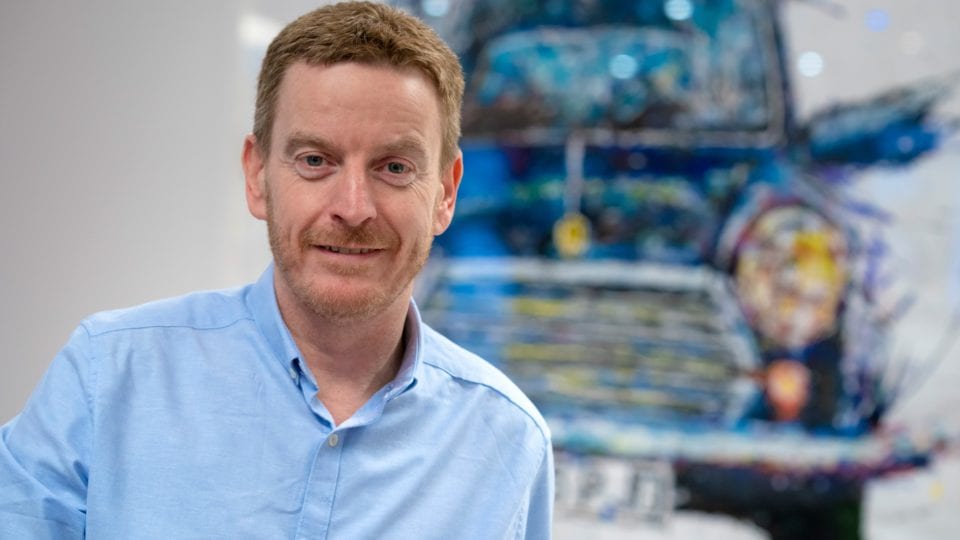 My view is that 2020 will be a “make or break” year for our efforts to effectively address climate change. Industries are gearing up to deliver reductions in CO2, but need low carbon alternatives that are commercially viable. Investments in low carbon infrastructure take time and time is running out. If we act quickly, the UK can achieve a larger share of the global market for clean tech and bring green jobs to all regions of the country.

I also believe that pressure on corporate organisations will continue to grow. These organisations have been something of a “black box” to the rest of society. The importance of addressing climate change and the crucial role companies have to play will start to shift this from a black box to a “glass box” where we will be scrutinised and measured by more than what we do but increasingly “how” we go about delivering the infrastructure changes required.

In November Glasgow will host COP26. The eyes of the world will be on the UK to see if our claimed leadership in decarbonisation is real.

Trends in the energy market

In 2020, we will see an increase in the use of renewable energy coupled with continued energy decentralisation. The UK is already a world leader in offshore wind and is set to cement this position further. In the next 12 months, a number of new offshore wind farms will be completed, including East Anglia One and Hornsea One, which is scheduled for June 2020. At 120 km from the coast, this will be further from the shore than any other offshore farm in the world. Boris Johnson has promised to increase the UK’s offshore wind target from 30GW to 40 GW by 2030 – so it’s likely there will be further investment in new wind farms, too.

We are also seeing more heavy energy users – such as university campuses, science parks and industry and manufacturing plants – install technology to generate their own energy independent from the grid, which helps them improve their resilience to power outages and lower their energy bills. This includes solar panels, combined heat and power plants (CHP), battery storage and a combination of all three.

While the industrial sector tends to opt for proven technologies with the shortest return on investment, universities are certainly testing the most pioneering solutions. Keele University, for example, has partnered with Siemens to turn its campus into Europe’s biggest smart energy network demonstrator, reduce carbon emissions and improve security of supply. The project has involved the digitalisation of 24 substations, the installation over 1,500 smart meters, 500 home controllers and a 7.5 MW renewable integration package. In 2020, we expect other heavy energy users to follow suit.

As we get more intermittent renewables like wind and solar PV, the demand for electricity flexibility services from gas engines, storage, and demand response will increase too. Normally this is procured at a national level, but in 2020 we will increasingly see these requirements coming from distribution network operators (DNOs). Five of the UK’s seven DNOs announced their first tenders for flexibility in 2019, and the demand will only grow in 2020. Siemens recently collaborated with Oxford University to explore virtual private wire networks (VPWN) and how its buildings can interconnect and support the local network by using Siemens MindSphere Internet of Things operating software.

As more consumers become “prosumers”, who not only take energy from the grid but also feed back into it, energy storage becomes a crucial component of a stable and reliable energy supply. Microgrids play another important role in this development as smart energy systems that maintain the balance between generation and consumption. They can operate on and off grid, store excess energy for later use, and are ideal for supplying power to buildings, campuses, hospitals, ports and local government estates. The potential of microgrid systems was demonstrated in a five-year sustainable cities project, Triangulum in the city of Manchester. The trial showed that if scaled citywide, the microgrid controller could potentially save Manchester around 57,000t CO2 emissions per year, which is equivalent to taking 12,000 cars off the road. In 2020, we will see more of these solutions being deployed, tested and scaled.

For a low-carbon future to become reality, we need the mature technology to coordinate assets and an energy market that addresses environmental concerns, that will make renewable energy more cost competitive, and that ‘green’ alternatives become the choice that brings tangible commercial benefits to the customer. This is true for the entire mix of energy components, from power and heating supplied to buildings to transport and beyond.

The technologies for creating environments that care are available, but ultimately the pull must come from the marketplace – and this can also be in the form of government incentives that encourage the switch to more sustainable alternatives, as will likely be the case with electric vehicles in 2020.

We have seen some of the shift being society led with the climate change campaigns in sharp focus throughout 2019. Now, with a new government in place with a net zero goal, we are expecting policies that drive change and enable the creation of new markets and required infrastructures.

Both Labour and Conservatives claimed in their election manifestos that they aim to phase out new sales of conventional combustion engine vehicles – either by 2030 or by 2040. The timelines differed but the message was clear. The general public has become a lot more interested in electric vehicles (EVs) and we will certainly see an increased uptake in the UK over the coming months and years. In a recent Siemens survey amongst 2,000 British motorists, over a third revealed they plan to buy a hybrid or electric vehicle as their next car, and over half (53%) of respondents said they believe that EVs and hybrids are the future of personal transport.

At the moment, consumers may be held back by misconceptions around the vehicles’ range, the time it takes to charge the battery and the cost of owning an electric vehicle, so there is still a degree of education needed. In fact, manufacturers such as Tesla are constantly improving battery density and EVs can now go for days and weeks without needing charging.

To date the UK has approximately 120,000 charge points and the infrastructure is constantly expanding; as one example, Siemens has already converted around 1,000 lampposts in London to convenient charge points in partnership with ubitricity, with more planned. Developers aim to build large-scale electric forecourts along main roads.

Adding to this, the government set out in July that it wants to see all newly installed rapid and higher-powered charge points provide debit or credit card payment by spring 2020, which will make the so-called “opportunity charging” a lot easier. Plus, these vehicles are more comfortable to drive and have fewer parts that can break compared to conventional cars – so we expect a big change in people’s mindsets as more drivers switch to electric cars.

2020 will see most car manufacturers launch a whole variety of new electric vehicle models – 22 of the biggest electric cars will go on sale– but to really push adoption, we will need more cars priced at a lower price point. Ultimately, better technology, improvements in energy density and more choices, plus economies of scale, will bring prices down and we can expect EVs to reach cost-parity with conventional cars in a matter of years from now.

Commercial fleets will also go electric. We will not only see more electric buses and taxis on the road in 2020 – London has a £300m plan to transform its entire bus fleet, which it says will reduce city-wide bus NOx emissions by an average of 90% by October 2020 – but also electric vans and other commercial vehicles, even diggers. This is partly driven by new tax rates on the horizon for company cars, and partly by the enforcement of new low emission or clean air zones, such as in London and the Birmingham Clean Air Zone which will be introduced in 2020. Other UK cities are working on similar initiatives.

Replacing diesel buses by electric buses is relatively straightforward as the bus routes are known and therefore the amount of energy needed is predictable, allowing operators to plan battery recharging accordingly. The challenge could be in meeting the demand for new electric vehicles – particularly vans but new models by Volkswagen, Mercedes-Benz and Vauxhall are coming onto the market in 2020.