Reducing dependence on the national grid is a must

Peter Rolton says our national grid is no longer fit for purpose and makes the case for localised energy systems. 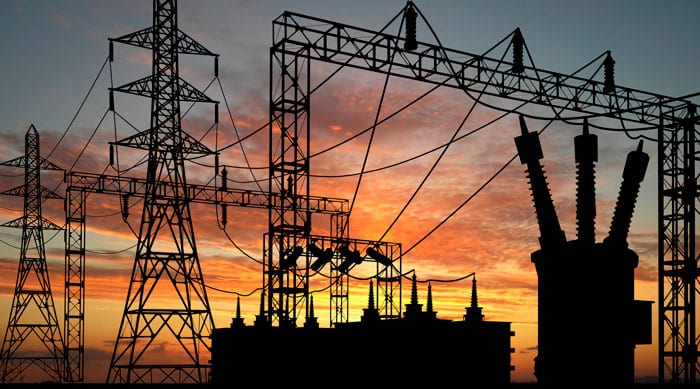 The UK’s energy infrastructure has received a serious lack of investment from successive UK governments, which has put considerable strain on the national grid.

The traditional model of a centralised energy network needs to be reassessed in order to keep up with the UK’s ever-growing energy demands. Recent reports suggest that the national grid has been profitable thanks to receiving additional power supply from France, but this really does not mask the fact that we could and should be producing our own energy.

“It is important for authorities to educate the biggest users about the impact of their energy demands on the national grid, and how it could potentially put millions of homes at risk of blackouts.”

Our dependence on the national grid resulted in warnings of the spare capacity falling to a mere 1.2% last year

The Central Electricity Board was created 90 years ago so that we could share and distribute the load generated by local power stations. However with the amount of energy users continually increasing, the supply of power is becoming more and more squeezed, and a single grid is no longer sufficient to absolutely guarantee that everyone can have access to the amount of energy they require. In fact, if one major supplier were to fail, the lights could be going out in businesses and homes all across the country. Instead, it is vital that we increase our options and have a number of alternatives to the national grid – including smaller decentralised networks.

Changing the face of energy generation

Decentralising the generation and distribution of energy for the highest energy users ensures greater security and adequate supply for those who receive the majority of their energy from the national grid. If large scale energy users employ alternative methods to source their heat and power, the risk of households being left cold and in the dark is reduced. Businesses who are signed up to switch off their power in times of shortage would themselves be at less risk of having to halt production and consequently lose money, enabling them to become more competitive and profitable.

These wider issues on communities and the bottom line must be considered by all businesses and manufacturers, and can eventually have severe consequences for our economy if not addressed.

The solutions for local energy creation

A number of the UK’s biggest energy users are often located miles away from their main source, resulting in a greater loss of energy through transmission. Locally distributed energy generation results in greater efficiency; if power is generated nearby, less is lost in transmission from generator to consumer, which lowers costs to both homes and businesses.

Companies need to take advantage of all available opportunities to generate electricity in their surrounding areas, by supporting plans for renewable methods such as local wind farms, or sustainable power plants. They can also implement measures to improve their on-site efficiency, such as maintaining eco-friendly sites – including switching off machinery when it is not required and ensuring that light and heat in the building can be effectively distributed.

Another possibility for some of the UK’s largest energy users is to implement sustainable power plants (as well as wind turbines and solar panels) onsite, to allow them to generate their own heat and power.

With a 58% gap between the retail and wholesale cost of power, the sale of excess energy that businesses create can be used as an extra source of income. By putting these measures into place now, businesses can use this ability to create power as a competitive advantage compared to fellow companies who will still be reliant on the national grid and will therefore continue to spend large amounts on inefficient power supply.

Communities could also benefit from this localised generation of power, with the potential to produce and receive cheaper power for its households, local schools and public services.

Whilst power plants were traditionally used to solely generate electricity, modern Combined Heat and Power systems allow surplus heat from the generation of electricity to be captured and used as an additional resource – which vastly reduces the by-products released out of chimney stacks and into the atmosphere. By using cleaner technology such as gasification, these power plants are much more environmentally friendly. Even non-recyclable waste from neighbouring communities can be collected and utilised as a fuel, reducing the amount of waste that is sent to landfill sites and making use of everyday refuse.

Responsibility for powering such projects, however, should not solely rest on the shoulders of businesses. The government and local authorities must continue to promote environmentally and economically sustainable energy, and the benefits of alternative and cleaner sources of power. There are regular stories about companies who have been fined or levied for excessive energy consumption, but historically this approach has simply not been effective enough to deter the worst offenders. It is important for authorities to educate the biggest users about the impact of their energy demands on the national grid, and how it could potentially put millions of homes at risk of blackouts. By working with local and national government, businesses can find solutions for consuming less energy or building their own networks that can lead to substantial financial savings.

With such financial, environmental and social benefits available from re-introducing decentralised sources of energy, there is no reason for the government and high energy users not to take immediate action to promote alternative energy sources.

The national grid is reaching unsustainable levels of demand but, by taking the necessary steps now to create a mixed energy landscape for the UK, we can begin to reduce our dependence on the national grid before the blackouts begin to occur.