Western Power Distribution has completed a four-year scheme to reinforce the electricity network in East Leake and Stanford on Soar in Nottinghamshire. 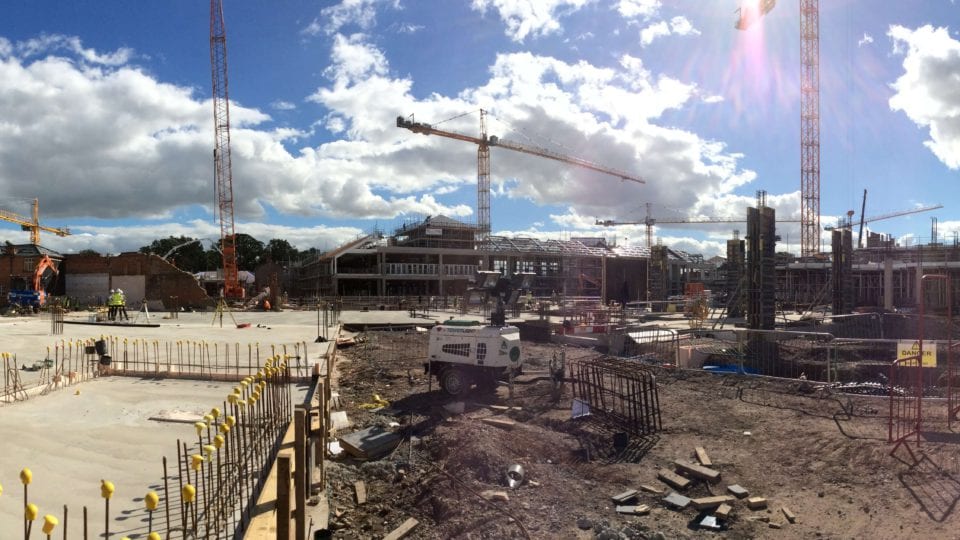 The work, which has been carried out by WPD’s Keyworth team, has enabled the former Stanford Hall site to be redeveloped. The site is currently undergoing a £300 million transformation and is due to reopen later this year as the country’s new military Defence and National Rehabilitation Centre (DNRC), replacing Headley Court in Surrey.

To enable the redevelopment to take place, the team first had to install a temporary 800kVA substation so supplies to the site could be transferred to allow the existing substation to be demolished. They also had to arrange for around 1km of 11kV cables on the site to be diverted to make way for the new 47,000m2 state-of-the-art facilities.

Team manager Steve Hayward said: “This has involved rebuilding a 4.5km mixed overhead and underground circuit and overlaying a 5km underground circuit from the local primary substation. We have also installed more modern equipment at the substations along the route which will help to further improve supply reliability to around 1,000 properties in East Leake and Stanford on Soar, and better accommodate any increased demands placed on the power network in the future.

“In addition to this we have changed three secondary substations along the route, which were earmarked for change in ED1.”

Construction work began on the MOD site in early 2015 and WPD’s new 3MVA substation was commissioned in June 2017, enabling the temporary one to be removed in early 2018.

“Despite the magnitude of construction work that has been ongoing on the site and the huge number of different contractors involved, we have been able to successfully deliver the electrical connection on schedule and on budget which is a credit to the Keyworth team,” added Hayward.