UK Power Networks has removed twin tracks of overhead power lines and 24 poles that have been standing in marshland in the Norfolk Broads area since 1966, in a project it says has been a "spectacular success". 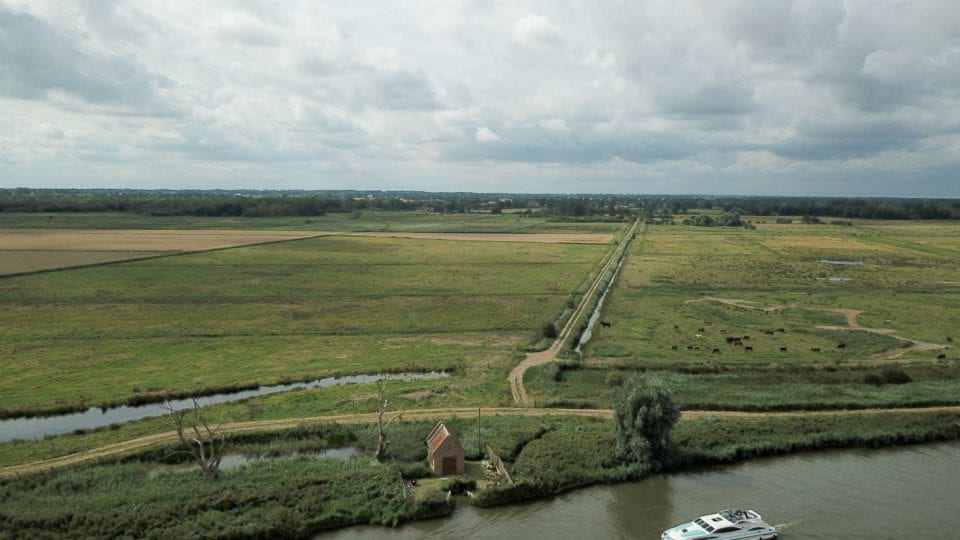 The 2.4 km stretch of overhead lines across South Walsham Marshes have now been undergrounded to improve views and avoid the risk of birds flying into the lines.

The removal project also means that crows and other avian predators can no longer perch on the lines and poles to scout for prey.

UK Power Networks partnered with the Broads Authority for the £750,000 project, which should make electricity supplies more reliable in the long term.

At the Broads Authority, which looks after the Broads National Park, project manager Will Burchnall said; “The undergrounding work at South Walsham Marshes has been a spectacular success.

“Removing the overhead lines, and particularly the double poles which supported them, has significantly improved the views across the marshes. It has also made the area safer for the thousands of birds who travel in from as far away as Iceland to use the area as their winter feeding grounds.”

The scheme is funded by a special Ofgem allowance to improve the landscape in Areas of Outstanding Natural Beauty (AONB) and National Parks.

The Broads National Park covers more than 300sq km in total, in an area is famous for its wildlife and is home to a quarter of the UK’s rarest species.

South Walsham Marshes is used as seasonal grazing land with water levels next to the River Bure kept purposely high to make it an ideal habitat for birds such as common cranes.

Shaun Barrell, AONB project lead for UK Power Networks said: “Over the years we have ‘undergrounded’ 63 km of cabling in the East of England and we are really pleased that we have added 2.4km at South Walsham Marshes, to that total.

“Sustainability and the environment are very important to us and we are happy that our workforce and expertise have made a big difference to this important area of Norfolk.”

UKPN owns and operates the electricity network delivering power to 8.3 million properties across the East, South East and London.

Head of nature reserves at Norfolk Wildlife Trust, Kevin Hart said: “The visual impact of removing the poles and overhead cables from South Walsham marshes has been significant – the now unimpeded views of the landscape with wide open skies brings back the impression of remoteness and wildness.

“As well as enhancing the character of the marshes, removal of the overhead lines will also lead to enhanced breeding productivity of marshland ground nesting species such as lapwing and redshank.

“Carrion crows and other avian predators can no longer perch on the cables, pinpointing where nests are on the ground to prey on. The marshes will provide better breeding habitat for a number of species as a result of this work.”