“The further you go from shore, the more HVDC stacks up” 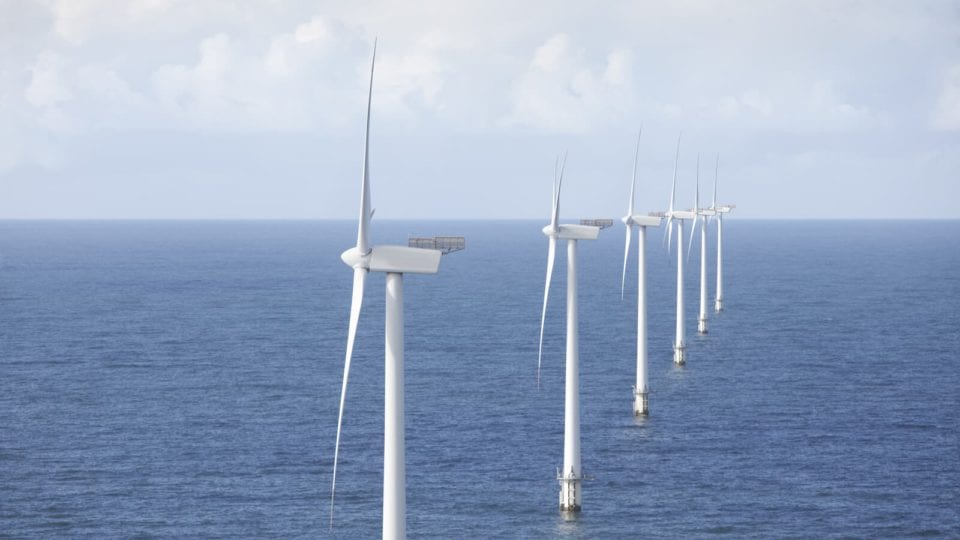 To read more about the project to connect the Dogger Bank wind farms, which are being developed by Equinor and SSE Renewables, click here.

What are the advantages of using HVDC interconnector technology for offshore wind?
First and foremost, the driver for choosing HVDC (high voltage direct current) technology is the distance from the connection point. Once you reach a connection distance of over 100km, in most cases HVDC becomes an option as alternating current transmission starts to become less effective. The further you go from shore, the more it stacks up. Grid connections are often built well inland from the shoreline in order to find a suitably strong network connection point and this can therefore increase the overall connection distance. With HVDC, you also have very low losses across the system, perhaps around half that of a comparable AC system.

Another benefit is that a DC connection uses substantially fewer cables [than AC], giving a much narrower cable corridor along the entire route.

The Dogger Bank links will have fast-acting control capabilities and this can help provide additional stability to the onshore grid, in terms of voltage and reactive power support. That stable transmission to the UK grid will help Equinor and SSE Renewables to maximise the output of the wind farm.

What exactly is involved in the project?
The Dogger Bank link will involve building two offshore platforms that will be designed and fabricated by Aibel and will house the convertor technology. ABB will supply the converter equipment for these as well as two onshore converter stations at Creyke Beck, in Cottingham, near Hull.

The HVDC technology itself is very similar to that used in the interconnectors to connect Ireland and Wales, Caithness and Moray in Scotland [across the Moray Firth], and that will be used to connect the UK and Norway, and in the new IFA2 scheme, linking the UK and France.

This type of connection is a first for the UK, but not for ABB?All of the other offshore UK windfarm connections to date have used AC technology, although there have been a number of schemes with offshore arrays using HVDC connections in Germany. In fact, there are 10 HVDC connections in the German market, of which ABB is involved in 4.

ABB was also a pioneer of this technology?
ABB invested in and pioneered HVDC technology over 60 years ago based initially on mercury arc converters. We were also the first to deploy a system based on voltage source converters (VSC) back in 1997 and have worked consistently since then to increase the power and voltage levels – reducing power losses and increasing power density. Also known as HVDC Light, ABB’s VSC technology has the advantage of a smaller footprint and it is therefore ideal for offshore platforms or other sites where space is at a premium.

One of the key aspects in the ABB collaboration with Aibel has been working together to reduce the overall size and weight of the platform.

Do you see HVDC as playing more of a role in the offshore generation of the future?
Offshore wind farm developers are generally technology agnostic, they will use the system and technologies that are suitably robust and efficient and can be provided in a cost-effective manner. This project shows that, with the development work we’ve done, HVDC has the potential to become more attractive for other schemes. For example, the Crown Estate is currently seeking bids for future offshore wind developments, some of which could be as far or further offshore than Dogger Bank.

Equinor and SSE are demonstrating that they can deliver this scheme at prices that are attractive to the UK consumer – so it points in a positive direction for this type of technology.

Whatever happens in the future, there will be a clear need to increase the amount of interconnection between countries and have a grid capable of handling the volume of renewable energy necessary for nations to hit their carbon reduction goals.