Researchers at the University of Huddersfield have developed a new sensor system that can pick up partial discharges on electricity substations. 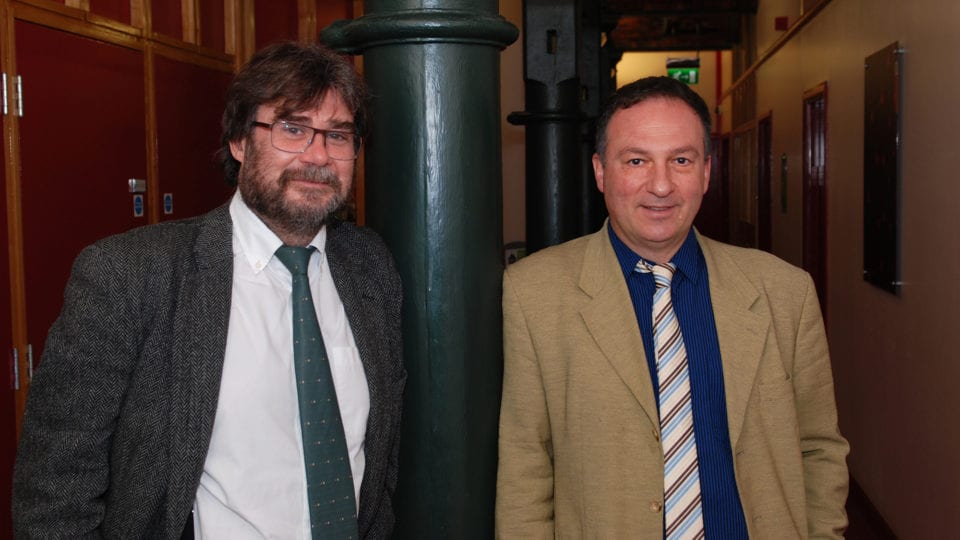 Tata Steel, which operates a plant at Port Talbot, has already installed a prototype of the Partial Discharge Wireless Sensor Network that is being developed by Professor Ian Glover (pictured left) and his colleagues.

The system consists of radio sensors deployed around a substation. They report the levels of partial discharge to a central hub that is connected via a gateway to the internet. This means that the status of the insulation can be monitored remotely and instantly at any time, via devices that include smartphones.

“Partial discharges are very small sparks that occur within insulation in high voltage equipment,” explained Professor Glover. “These discharges radiate electro-magnetic radio waves and our system picks these up with broadband radio receivers and therefore constantly monitors the insulation health in a substation.”

Ian Glover is Professor of Radio Science and Wireless Systems Engineering at the University of Huddersfield and has been lead investigator for a £670,000 project – funded by the Engineering and Physical Sciences Research Council (EPSRC) – that has developed the principle of wireless sensor networks.

The Partial Discharge Wireless Sensor Network was first tested at the Power Network Demonstration Centre run by Strathclyde University – where Professor Glover was once based. Then, Romanian-born University of Huddersfield student Horia Ilie, who was spending a year on work placement with Tata Steel as part of his BEng degree, alerted his supervisor Simon Oglesby to the potential of the technology as a way of improving partial discharge monitoring at the two large substations that provide the Port Talbot plant with its electrical power.

The company already utilised a number of monitoring technologies, but was eager to give a trial to the new system. Two of Professor Glover’s research collaborators, Dr Pavlos Lazaridis (pictured right) and Dr Bakhtiar Saeed, went to the steel plant and installed nine sensors.

“Now we are hoping to work with Tata Steel in order to extend the number of sensors so that the network covers all of their high-voltage assets,” adds Professor Glover.  He estimates that some 100 sensors will be required for the two substations and other switchgear on the site, which is one of the biggest steelworks in Europe.

According to Professor Glover, if Tata Steel fully embrace the new technology, it would be pioneering a highly adaptable monitoring system which could be used in a vast range of industries.

“It is pioneering technology,” said Professor Glover. “As far as we are aware, there are no other partial discharge sensing networks that are as scalable as this system.

“Tata Steel in Wales have shown great vision in sensing the potential of the Partial Discharge Wireless Sensor Network and we are very proud that this major company has been the first real-world testing ground for technology that has global potential.”