"Piecemeal" changes to network charging, including the proposed reforms to embedded benefits, are hindering the smart power agenda, the Solar Trade Association has warned. 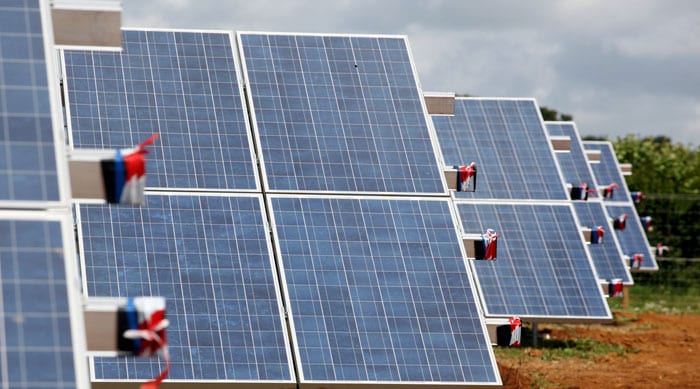 The government should commission an “independent holistic review of network charging” and enact “fundamental rather than incremental change”.

“An independent, whole-system review of network charging is needed urgently instead of the current piecemeal approach, which too often results in decisions that run counter to the smart power agenda,” the industry body argued.

The Solar Trade Association (STA) was responding to a call for evidence by Ofgem and the Department for Business, Energy and Industrial Strategy (BEIS) on the formation of “a smart, flexible energy system”, which it said “understates” the importance of an overhaul: “Processes under way now, such as Ofgem’s embedded benefits review… fly directly in the face of the intended outcomes of this consultation.”

The association said the changes to embedded benefits would dampen the price signals which storage developers rely on to shift energy during times of peak demands “to the benefit of large, centralised generators”. This clear contradiction was barely mentioned in the call for evidence, and the STA has urged BEIS and Ofgem to intervene,” it added.

STA raised concerns over the “process of industry self-governance”. The Connection and Use of System Code (CUSC) panel which reviews code modifications includes numerous employees from large established energy companies. STA said the process enables the expert assessment of highly complex matters but “fails where system change is needed and these parties have a commercial interest against the changes required”.

More generally, it said there should be “greater joined-up thinking and alignment across all aspects of energy policy instead of the current silo approach”. It continued: “Too much of government’s renewable energy policy is now running counter to the delivery of smart power. Withdrawal of nearly all support prematurely for solar has had a severe impact on the industry, with the loss of valuable skills and investment capabilities.”

Additionally, a clear definition for storage should be a “priority” and other barriers should also be “removed immediately”. BEIS and Ofgem should clarify their proposals for the Distribution System Operator (DSO) model and “put in place proper incentives to deliver these now”.

“We need more open markets for flexibility services at distribution level, stronger buy-in from network operators and stronger direction from government in implementing these,” said STA policy analyst Nick Wood. “Then we’ll start to see the benefits of a smart system that the industry is ready to deliver.”

STA said the spring plan which will be published following the consultation should identify early actions to accelerate market access for flexibility services, and that a timetabled action plan should be published at the same time.

Ofgem is due to make a decision on embedded benefits – the financial upsides experienced by distribution-connected generators – in the first half of this year. The removal of triad avoidance payments could lead to a capacity shortfall, Aurora Energy Research warned earlier this month.