The breadth of talent within the power industry was celebrated recently at the annual National Skills Academy for Power (NSAP) People in Power Awards. 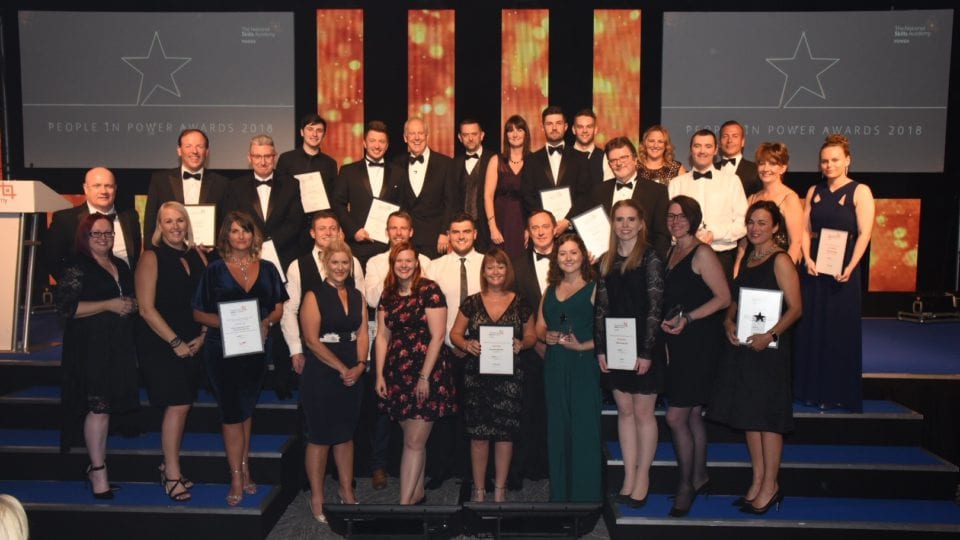 Skills, enthusiasm and commitment were recognised across eight categories, judged and sponsored by leading employers in the power industry.

The awards recognised rising stars in the industry, celebrated commitments to health & safety, diversity and development, through to the highly anticipated, and sought after, inspirational leader award.

The event, which took place at the home of England’s football team – St. George’s park, saw over 200 representatives from industry come together to celebrate success and promote the power industry as a fantastic place to have a fulfilling and exciting career.

The winners on the night were announced as:

Return on Inclusion – Measuring the Financial Return of Investment in Inclusion & Diversity, SSE

Steve Barrett, Director of Strategic Accounts at Energy & Utility Skills and Head of NSAP and head judge, said: “There was a fantastic array of nominations, with a variety of talent from across the industry, once again highlighting the industry is led and operated by some of the best people in the UK. Just as the finalists inspired the judging panel, I hope they go on to inspire the future award winners of 2019 and beyond.”

Nick Ellins, group chief executive, National Skills Academy for Power and Energy & Utility Skills, added: “The People in Power Awards is a key event in the energy sector calendar, publicly recognising our rising stars, most inspirational leaders and those who have shown outstanding commitment to the sector. It is a great pleasure to have the opportunity to applaud their incredible achievements, and to do so in front of their industry peers. The National Skills Academy for Power will continue to recognise the excellence and diversity of the people in our sector, right across the four nations, to celebrate just how fantastic it is to work in the power industry.”

The Network Awards features an Apprentice of the Year category and entries are now open.