Pivot Power has announced plans to build a £25 million grid-scale battery that will pave the way for an electric vehicle (EV) charging superhub on the edge of Carlisle. 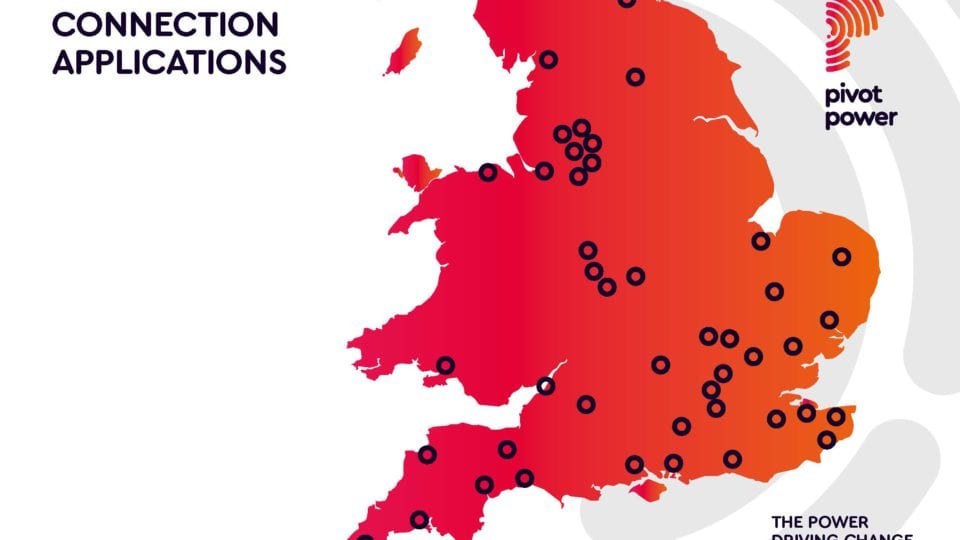 The strategic site on the M6 corridor has become the second of 45 sites in the UK to achieve planning permission.

Pivot Power’s national plans combine 50MW batteries with rapid charging stations in a £1.6bn scheme that will create a sustainable charging network from North to South and East to West.

According to the firm, the development will put Carlisle at the forefront of the smart energy revolution, creating infrastructure that will make it easier for drivers to switch to EVs and that will support action to clean up the region’s air. The activity may also support growing logistics activity at the area, such as that at Kingsmoor Park Local Enterprise Zone, provide a valuable rapid charge facility in ‘the great border city’ for Lake District tourists, and support potential future growth of electrified transport across the M6 corridor.

Carlisle City Council has given the company permission to install a 50MW battery at Harker electricity sub-station at a cost of up to £25 million, which it expects to be operational by October 2019. It will be one of the UK’s biggest, storing enough electricity to supply nearly 6,000 average homes for a day from a single charge. The country currently has in the region of 500MW of grid-scale battery storage.

The site at Harker is close to Junction 44 of the M6, and the company intends to submit a separate planning application for an EV charging superhub at another site in the area. The precise makeup of the superhub is to be determined, but it could offer rapid charging at competitive rates for up to 100 cars at the same time and will be capable of supporting the fastest chargers. It will also be able to support mass charging infrastructure for commercial fleets such as electric buses, taxis and vans, and Pivot Power will engage with the council and local companies to explore these opportunities.

Mikey Clarke, CTO of Pivot Power, said: “As this week marks Green Great Britain Week we could not be more thrilled to announce plans for the site at Harker on the doorstep of the Lake District UNESCO World Heritage site. The plan will contribute to cleaning our nation’s air and driving forward a cleaner greener economy – a need brought into sharp focus by the UN Intergovernmental Panel on Climate Change’s landmark climate scenario report last week. Working with the local authorities, our plans will see Carlisle become a pioneering city for low carbon vehicle adoption, ensuring that the rural areas it serves are not left lagging in the EV revolution.”

Pivot Power will build the battery on a plot on National Grid land, next to the substation. It will be housed in 25 containers, surrounded and concealed by a security fence. Construction is expected to start around July 2019 and take three months.

Carlisle will be the second site to be developed in a £1.6 billion programme that will set up a national network of batteries and EV charging superhubs fed directly by National Grid sub-stations. Pivot Power aims to have operational 50MW batteries at 10 sites within 18 months and 45 within five years. Southampton was named as the first site in July.