The Energy Networks Association has hit back at claims that the RIIO framework has failed to encourage electricity distribution networks to become truly innovative. 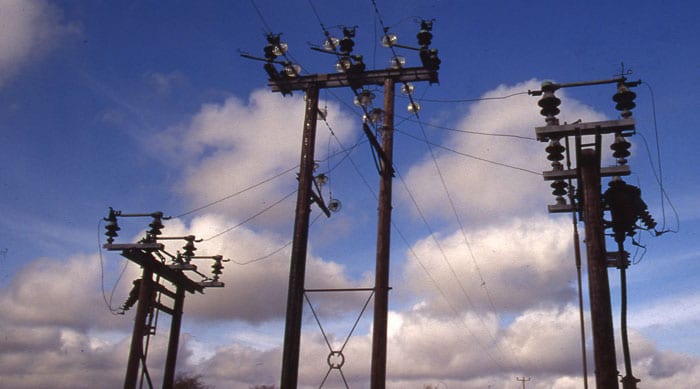 The organisation says distribution network operators (DNOs) have already delivered savings of almost £1 billion through the innovation projects they have undertaken.

“We welcome any constructive contribution to the debate on the market framework, but we strongly reject that idea that RIIO has failed to encourage networks to innovate.”

The trade body was responding to comments made by Helen Poulter, a researcher from the University of Exeter, who told Network’s sister title Utility Week the RIIO framework does not press DNOs to change their business as usual approach, meaning they are able to “keep their investors happy and produce savings for customers by remaining the same”.

Energy Network Association chief executive David Smith replied: “We welcome any constructive contribution to the debate on the market framework, but we strongly reject that idea that RIIO has failed to encourage networks to innovate.

“Through the framework electricity distribution network operators are delivering almost £1 billion of smart savings that have come about from innovation projects and acted as a platform for the transition of DNOs to DSOs [distribution system operators] that is already taking place.”

Smith said networks are committed to “ensuring that customers benefit significantly from every pound saved, driving efficiency across the networks and resulting in distribution costs falling across RIIO”. He added that customer satisfaction scores are “consistently over 80 per cent” and reliability has “never been higher”.

Poulter also criticised RIIO for failing to prevent DNOs from “gaming the system” to secure higher allowances and greater returns.

Among other things, she argued the regulations do not penalise DNOs sufficiently for failing to have their business plans approved in Ofgem’s initial assessment.

Those networks which do get the green light on the first attempt are fast-tracked through the settlement procedure and will be awarded a lower “sharing factor”, meaning they are able to keep a larger proportion of any underspend compared to their allowance.

Networks that are slow-tracked are required to submit revised business plans, which are then used alongside Ofgem’s own cost estimates to calculate the information quality incentive (IQI) benchmark. They are assigned their sharing factor based on the difference between their business plans and the IQI benchmark.

Poulter noted that Western Power Distribution (WPD) – the DNO with the lowest sharing factor and the only one to be fast-tracked – is also projected to earn the least over RIIO ED1 – taking a £296 million loss on a £423 million overspend. At the same time, UK Power Networks is expected to generate returns of £492 million over the eight-year period – the largest figure for the six DNOs – despite also having the highest sharing factor.

Responding to the criticism, a spokeswoman for Ofgem said the networks are only two and half years into the regulatory period and that the forecasts are only based on data from the first year.

“Typically, large capital projects are delivered towards the end of the control, which reduces underspends,” she said. “Growth in solar capacity in GB has been far higher than any credible scenarios and WPD especially is dealing with a major increase in connection requests, hence their current overspending.”

The spokeswoman said Ofgem reduced the DNOs spending plans by £2 billion – or eight per cent – in the final settlements and that the regulator is “monitoring progress closely”. It is also proposing to reduce networks’ allowances by more than £200 million after an assessment revealed that they did not need to spend as much on reinforcements or upgrades as they expected.

On the issue of innovation, she said networks have improved their approach have “some way to go” before they can be regarded as being highly innovative. “We are calling for companies to work harder to convert successful innovation into business as usual, and to involve more third parties in innovation projects,” she added.