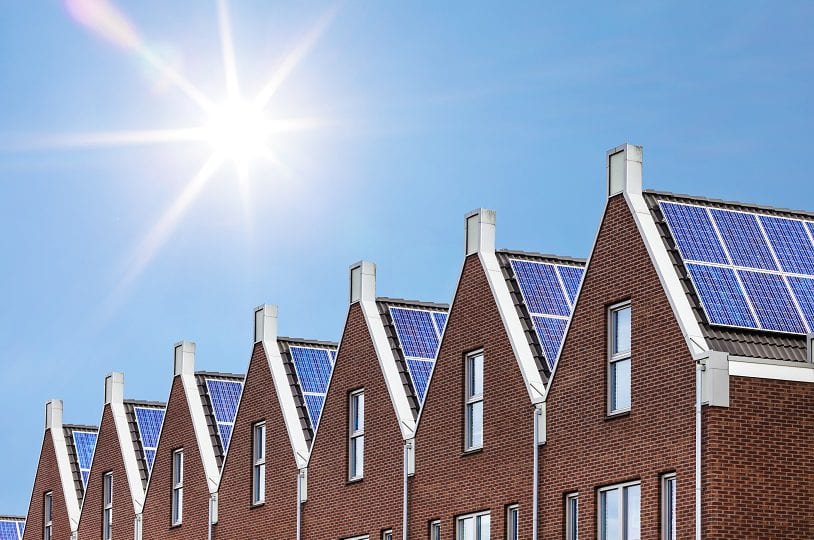 As the low-carbon energy market continues to develop, network operators will need to know a lot more about what is happening on their systems. New Thames Valley Vision (NTVV), a Low Carbon Networks Fund (LCNF) project led by Scottish and Southern Electricity Networks (SSEN), has looked at how this can be done.

NTVV has shown that an intelligent approach to network monitoring can bring positive benefits to end customers. The enhanced insight can help distribution network operators (DNOs) prevent faults before they occur and to avoid unnecessary expense when upgrading their local network.

It is vital that the DNO knows as much about its network as possible, especially the LV network which feeds individual customers’ meters. UK DNOs have converged on an LV network design that provides good value to the end customer. This value has been measured in terms of reliability at the lowest cost. To achieve their economic goals, DNOs have traditionally chosen to design and build low-voltage networks that were simple and practical.

• A £30 million project by SSEN, funded through the Low Carbon Networks Fund

This has meant that it has become the custom for LV networks to be built without any form of feeder level monitoring.

This approach is generally considered justified by the relatively high reliability of LV cables. The success of this philosophy has been supported by three key enablers. Power has exclusively flowed from the top of the LV network to the customer, DNOs understand the typical daily electricity usage patterns of various customer types. But, perhaps most crucially, DNOs have learnt to quantify the diversity of customer demand and how this typically reduces the peak demand from its theoretical maximum. This allows them to install efficiently sized cables and develop a more economic overall network design.

If trends emerge that mean customers start using electricity in less diverse ways or even start exporting power to the network, then the success of the traditional LV network design begins to be undermined.

Customers who fit solar panels to their homes, install electricity storage behind the meter or buy an electric vehicle don’t need to gain consent from the network company beforehand.

If this only happens at one or two households, this is unlikely to overload or cause serious voltage deviations on the local feeder. It’s also less of a problem if the customer behaviour remains sufficiently “diverse”. But it is becoming clear that non-diverse devices, such as domestic solar, and large loads, such as electric vehicles, are being connected in volumes that may result in changes to traditional design assumptions.

The NTVV project trialled a range of network monitoring techniques. The project demanded a firm understanding of electricity usage patterns of trial participants and information on the power flow of LV feeders in the trial area. This justified the development of a LV network monitoring system, involving the fitting of monitors in substations and at customers’ properties.

In addition to the benefits provided by real-time visibility of LV networks, NTVV indicated that significant value was found in storing all of this information for later analysis because it would give network planning teams a more robust basis on which to forecast network flows and usage, which will be key to efficiently planning and operating future LV networks.

However, monitoring of the LV network created a lot of data. To leverage the full value of this data required a smart system to take it from the field and to make it available to many diverse users.

Within NTVV, the data was extensively presented in SSEN’s Distribution Management System (DMS) for operational users, and stored in Pi ProcessBook for accessibility by planning teams.

NTVV also developed best practice for the selection of the monitoring and data management solution. A key learning was that there is unlikely to be a “one-size-fits-all” solution in the short term and installers may need to find the “sweet spot” between maximum relevant data, accessibility and overall cost.

Selection of future systems is likely to be driven by what is available as DNOs gain experience and learn what gives them best value.

Traditional LV systems were never designed with the requirement for telemetry in mind. As a result, NTVV had to establish methodologies to allow measurement systems to be fitted into legacy LV feeder pillars without the need for customer interruptions or compromising engineer safety.

Monitoring equipment used during the trial provided half hourly and real-time streamed data. The trials showed that streamed data may only be justified when used for the control of smart devices. In mainstream business-as-usual operation, all monitors fitted should be able to stream data, but this would only be enabled where appropriate.

NTVV focused on monitoring substations and users in the urban area in and around Bracknell. Because of the general prevalence of cellular networks in the area, the project was able to take advantage of the plug-and-play nature of data networks such as 2G and 3G.

However, in some trial areas, access to GSM and UMTS cellular communications was found be more challenging. In these cases it was found that communication and connection rate can generally be improved by means of a flexible antenna mounting arrangement allowing the antenna position and height to be optimised.

The trials conducted under NTVV demonstrated real, practical ways in which operational staff can benefit from access to real time network data. As a direct result of the trials, previously unknown network faults and issues were discovered which led to better operational decision making.

An example of this was the identification of an evolving main cable phase-to-phase fault. This was a problem that was, at the time, not noticeable to any customer yet was flagged as an abnormality by reference to the DMS. This prompted an on-site investigation and repair before the fault could develop into a disruptive failure with the likelihood of a large number of customers being off supply.

In another case, DMS helped an operational team that was planning for the change of an 11kV/LV substation. The data in the DMS gave confidence that the load fed from the substation could be transferred onto adjacent substations via LV backfeeds during the outage.

This allowed the DNO to avoid the cost of running carbon-intensive temporary diesel generators and also the manpower cost associated with setting up and disconnection of generation at the beginning and end of the outage.

The data availability from the DMS was also shown to be an aid to managers who co-ordinate fault restoration. For example, the DMS data allows fault response managers to direct staff to the likely fault location.

This is in contrast to having to manually gather observations from the LV feeder pillar before attempting to deduce where the fault location could be.

There are still hurdles to be overcome before the monitoring methodology trialled in NTVV can fully achieve its potential. In particular, these challenges relate to the accessibility of data, especially in more remote rural areas. That said, the NTVV trials have delivered many useful lessons on how this can be done effectively.

However, for this to be a truly cost-effective solution, there will need to be a larger and targeted application of a standardised monitoring solution across the DNO area. This will allow economies of scale that can bring efficiency and cost reduction to the DNO, and ultimately benefit all customers connected to the network.

NTVV has made use of a distribution management system (DMS) designed to demonstrate how extensive monitoring and control of the LV network can be implemented.

NTVV has created a set of procedures that will help ensure the transition from a trial of smart low-voltage networks to “business as usual” in a seamless manner. Under NTVV, SSEN has developed active distribution device management (ADDM) to automatically dispatch smart technologies like energy storage management units (ESMU) and demand-side response (DSR). This means better utilisation and improved quality of supply with potentially fewer interruptions for customers.

One of the most valuable lessons learned from NTVV has been where and how to best deploy smart technologies such as ESMUS, ADDM and DSR on the network.

One of the greatest benefits which will flow from smart networks is the ability to cope with changing demand patterns without always resorting to reinforcement.

Effective control of smart technologies such as ESMU and DSR through a demand management system will become increasingly important in ensuring that the network operates within its limits.